Dem sub literally telling them not to engage the story. 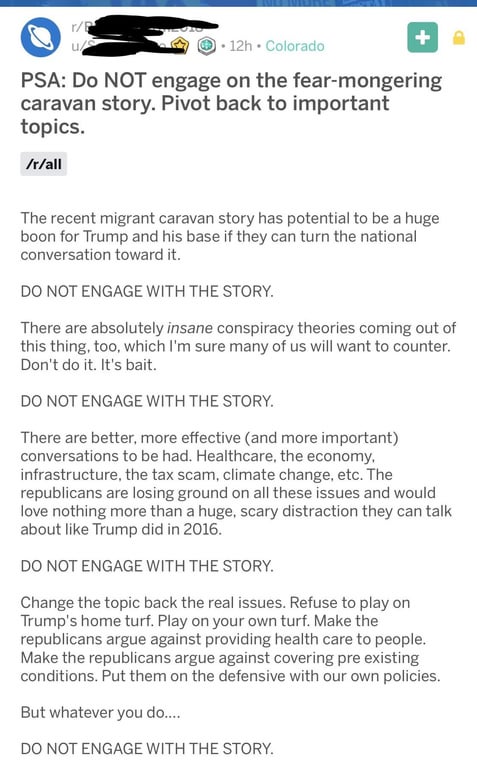 Rasmussen 51% of Likely U.S. Voters believe the U.S. government should stop all the Hondurans headed this way vs 38% say they shouldnt

Voters agree with President Trump’s efforts to stop the horde of Hondurans marching through Mexico from entering the United States illegally.

The latest Rasmussen Reports national telephone and online survey finds that 51% of Likely U.S. Voters believe the U.S. government should stop all the Hondurans headed this way from entering the country. Thirty-eight percent (38%) disagree and say the government should allow them to enter temporarily until each of their cases can be individually reviewed. Eleven percent (11%) are undecided. (To see survey question wording, click here.)

READ  10-Democrats Saying How Easy It Is To Hack Voting Machines In 2 Minutes...