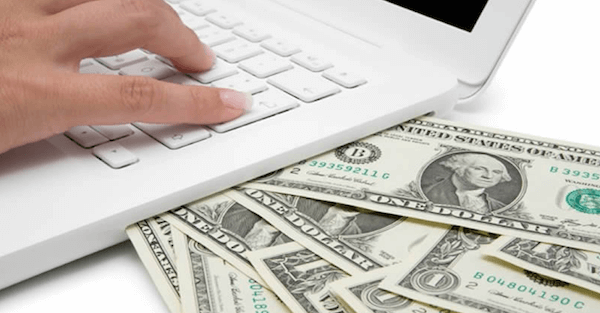 I remember having a conversation with a woman during the peak of the housing bubble, probably 2005…

She was a psychologist based in Florida. And she was explaining to me how she was flipping condos that hadn’t even been built yet.

Back in the boom times, buyers would line up at condo sales offices and have to decide within minutes if they wanted to put down a deposit. The demand for these undeveloped units was so large, developers would raise prices, sometimes multiple times a day, to whip buyers into a frenzy.

The woman I was talking to would put down a deposit before the developer had broken ground. Then when the building just started construction, she’d sell the contract and make money.

She was literally cackling to me on the phone… “It’s just so easy,” she said before laughing.

This was a long time ago. And I didn’t have anywhere near the deal experience or financial know how that I have now.

Still, even then, I remember thinking that making money isn’t supposed to be that easy.

There’s supposed to be risk, hard work and effort involved with making money. And simply flipping contracts on yet-to-be-developed condos for huge profits didn’t make sense to me.

This woman was just one of the legions of people that were able to make quick profits in real estate because, at the time, there was an enormous amount of debt flowing into that sector.

Banks would issue mortgages to unqualified borrowers (often without a job or an income), the issuer would quickly sell that mortgage to a large bank, the bank would chop the mortgage into a mortgage-backed security, get the US government to stamp a guarantee and sell it to investors around the world.

Mortgage-backed securities and their many derivatives were the hottest investment in the world, with almost unlimited demand.

Eventually, of course, reality caught up with us. People realized that when you loan $1 million to an unemployed, former bus driver with a bad credit history… it’s probably not the best investment.

All of the condo flippers, and other leveraged players in the real estate space, got wiped out.

They say history doesn’t repeat itself, but it often rhymes.

And almost exactly 10 years since Lehman Brothers collapsed, we’re back where we started, with a twist…

Years of easy credit and low interest rates are blowing another bubble… But instead of lending money to unemployed, ex-bus drivers, investors are lending absurd amounts of money to companies with ZERO chance of paying those debts.

We discussed this in yesterday’s Notes about billionaire investor Howard Marks and his concerns about the economy today.

As of June, U.S. non-financial firms are sitting on a record $6.3 trillion in debt.

AT&T alone has an astounding $180 billion of debt, making it the most indebted non-government controlled and non-financial firm in history… and more indebted than many governments around the world.

And the quality of corporate debt is getting worse and worse.

More than 40% of US corporate bonds are rated BBB – just one notch above non-investment grade, or “junk” – an all-time record. The riskiest, “junk” borrowers, have a record $8 of debt for every $1 of cash on their books.

A full 14% of companies in the S&P 500 don’t even make enough money to cover the interest on their debt.

Within the corporate debt market, there’s also the fast-growing, $1 trillion “leveraged loan” market. That’s just a fancy name for loans made to companies that already carry lots of debt, making them even riskier.

And 77% of leveraged loans are what’s called “covenant lite,” meaning lenders are waiving their right to certain protections when lending to these incredibly risky companies.

You’d think with all of this bad debt floating around, investors would at least require a healthy interest rate for making these loans. Not the case… the extra yield lenders demand to make these riskier loans is near its lowest in history.

Remember, this behavior is taking place in a rising interest rate environment.

As a general principle, as the amount of debt increases, you should also see defaults increase. But today, while the level of corporate debt is exploding to record highs, defaults are plummeting toward record lows. And this widening divergence can’t continue forever.

When you look back throughout economic history, almost every crisis happens because there’s too much debt… the Great Financial Crisis, the Savings & Loan crisis, the Asian crisis.

It’s the same ingredients every single time… we see lots of debt, followed by complicated financial instruments to encourage more debt. Eventually, market participants take it too far and something cracks.

Today we’ve got all the same ingredients. Can we honestly expect it to turn out any different?