(Bloomberg) — The U.S. Manufacturing Purchasing Managers’ Index fell by more than two-points to 50.5 in May, the lowest level since Sept. 2009, according to IHS Markit. New orders contracted for the first time since August 2009.

The overall index has fallen by almost six points over the last year.

“May saw U.S. manufacturers endure the toughest month in nearly 10 years, with the headline PMI down to its lowest since the height of the global financial crisis,” said Chris Williamson, economist at IHS Markit. Manufacturing “production is set to act as a further drag on GDP.”

Survey respondents stated that weak client demand drove the drop in new orders for the first time in almost a decade. Some firms also noted that customers were postponing orders due to growing uncertainty about the outlook. Similarly, new business from abroad contracted by the quickest pace since April 2016 to the first decline since July 2018.

Bonds ‘on fire’ as flight to safety rumbles on

LONDON (Reuters) – A stampede to safety sent benchmark government bond yields tumbling on Monday, hoisted the Swiss franc to its highest in nearly two years and gold to a 10-week peak, while oil veered close to bear market territory. 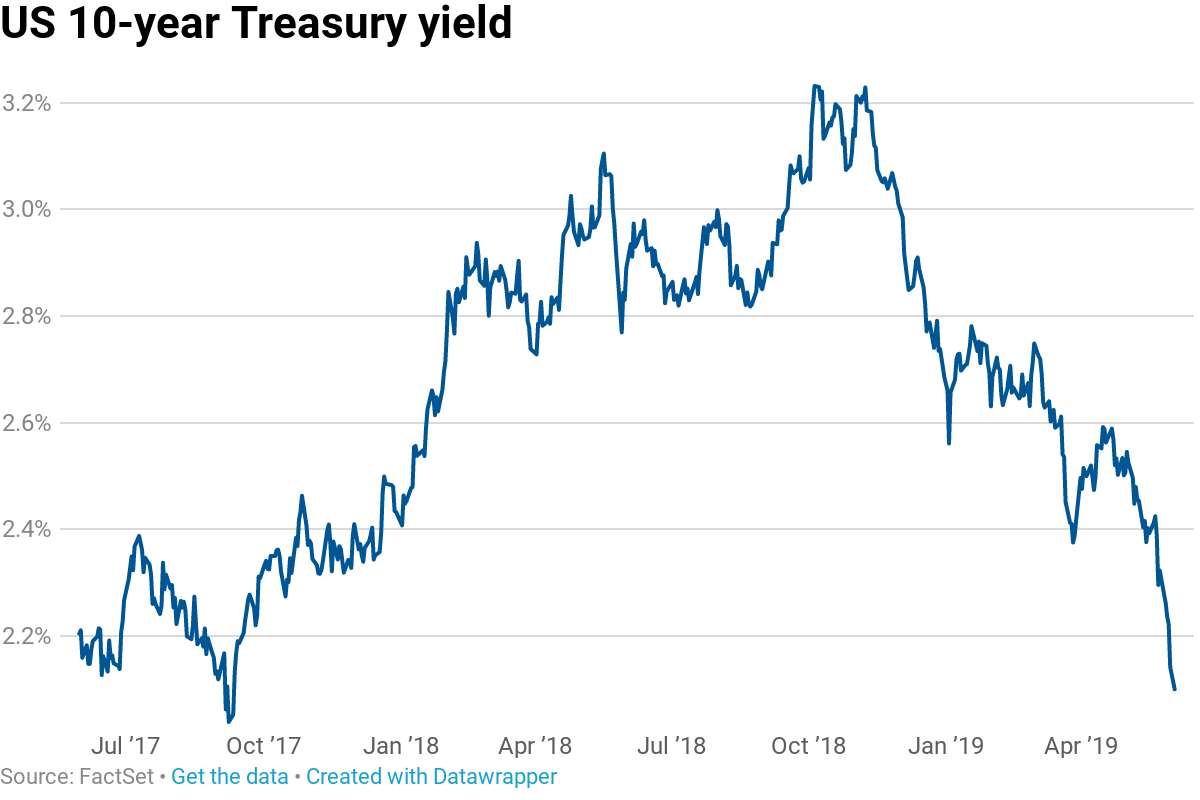