Last month, 2,095 individuals earned the honor of appearing on Forbes’ World Billionaires List. In some of our recent visualizations, we’ve used this list to map out the richest person in each country and in each state. But if you take a closer look, you’ll notice a pattern–most of them are men! But what about the richest women in the world? That’s the subject of our latest visualization, which illustrates where the world’s richest women in the world, how much they are worth, and in which industry they acquired their wealth. 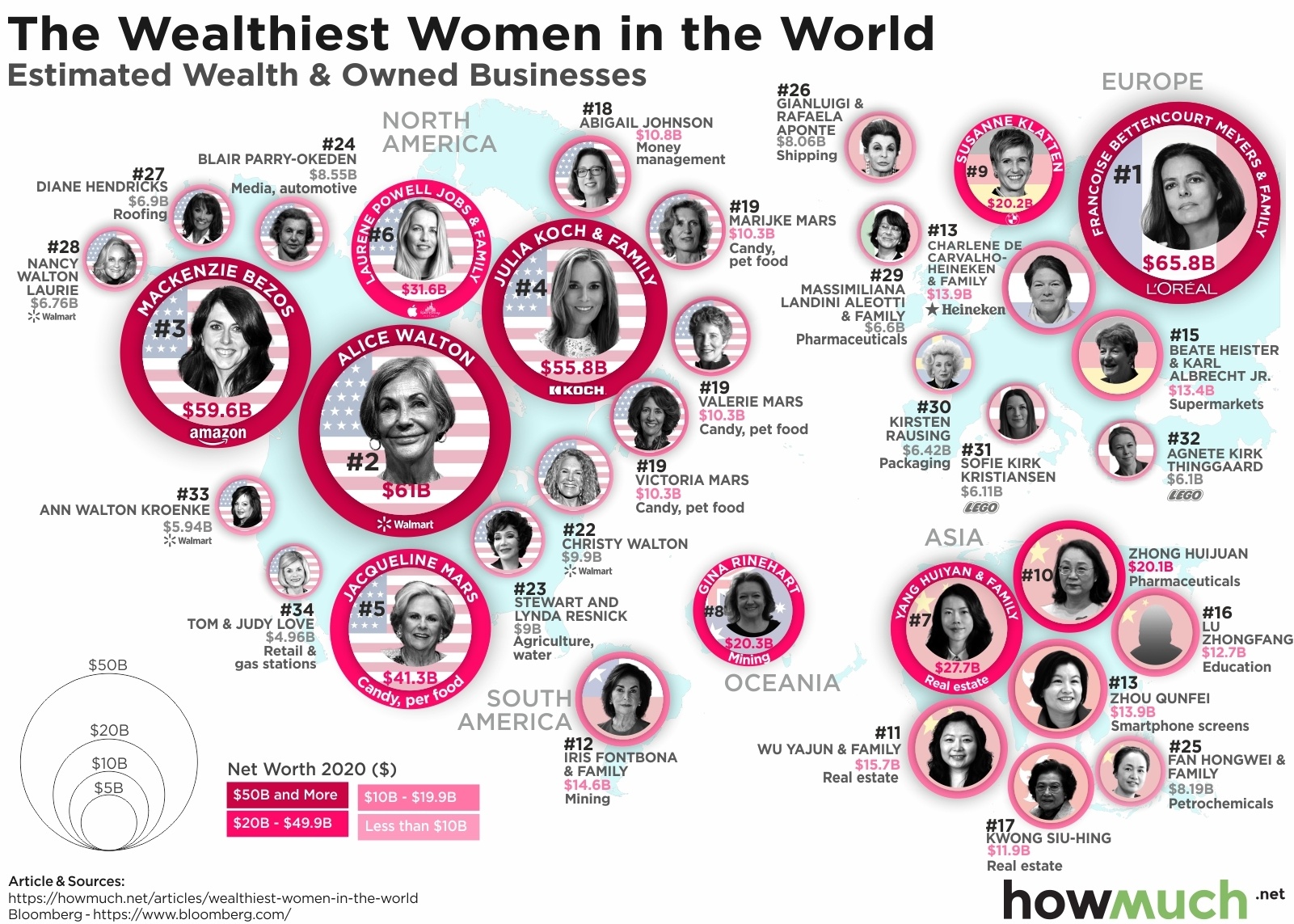 Francoise Bettencourt Meyers — granddaughter of L’Oreal’s founder — is now the wealthiest woman in the world as of October 2020.

Our data comes from Bloomberg Billionaires Index. The circles around the map represent the top 35 richest women in the world, with her rank on the list of the richest women, her photo, her net worth, and the flag representing her country. The circles are also color-coded, with a darker shade of pink indicating a larger net worth. Similarly, the larger circles correspond to greater wealth. Each circle also lists the individual’s associated industry or company. All values are expressed in U.S. dollars.

Top 10 Richest Women in the World

The richest women in the world represent several industries, including fashion & retail, food & beverage, and real estate. In addition, a few famous families are represented in the visualization. For example, five of the top 35 women are from the Mars family (of candy-making fame). Similarly, both Alice and Christy Walton are heirs to the Walmart fortune.

A notable newcomer to the list is MacKenzie Bezos, the ex-wife of Amazon founder Jeff Bezos (who also has the distinction of the richest person in the world). As part of their divorce settlement in 2019, MacKenzie received 25% of Jeff’s Amazon stake, or 4% of the company.

As the stock market’s current volatility affects billionaires’ fortunes, how do you think this list will change in the near future? Let us know in the comments.

Do you need insurance for your business? Don’t worry, we’ve got you covered.