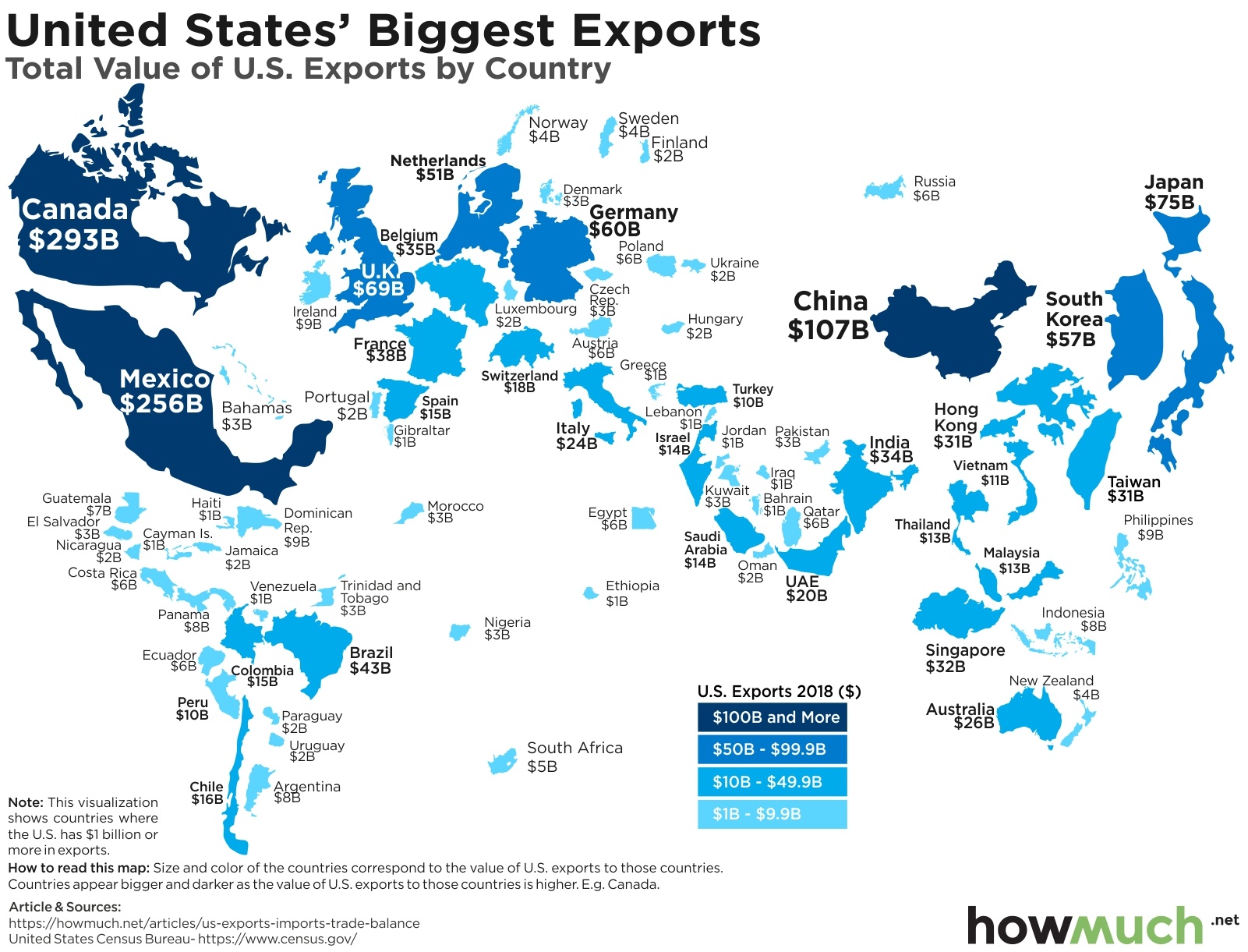 The data for each map comes from the U.S. Census Bureau and all values are expressed in U.S. dollars. Overall, the U.S. exported $1.6 trillion worth of goods to other countries in 2019. The visualization above only shows countries to which the U.S. exported more than $1 billion in goods. In addition, the size and the color of each country on the map indicate which received the most U.S. exports. Countries that are larger and a darker shade of blue had a higher value of exports.

Top Countries Where the U.S. Exports the Most

In general, countries in North America, Western Europe, and East Asia received the most U.S. exports. Interestingly, the top five countries alone account for about half of U.S. exports. 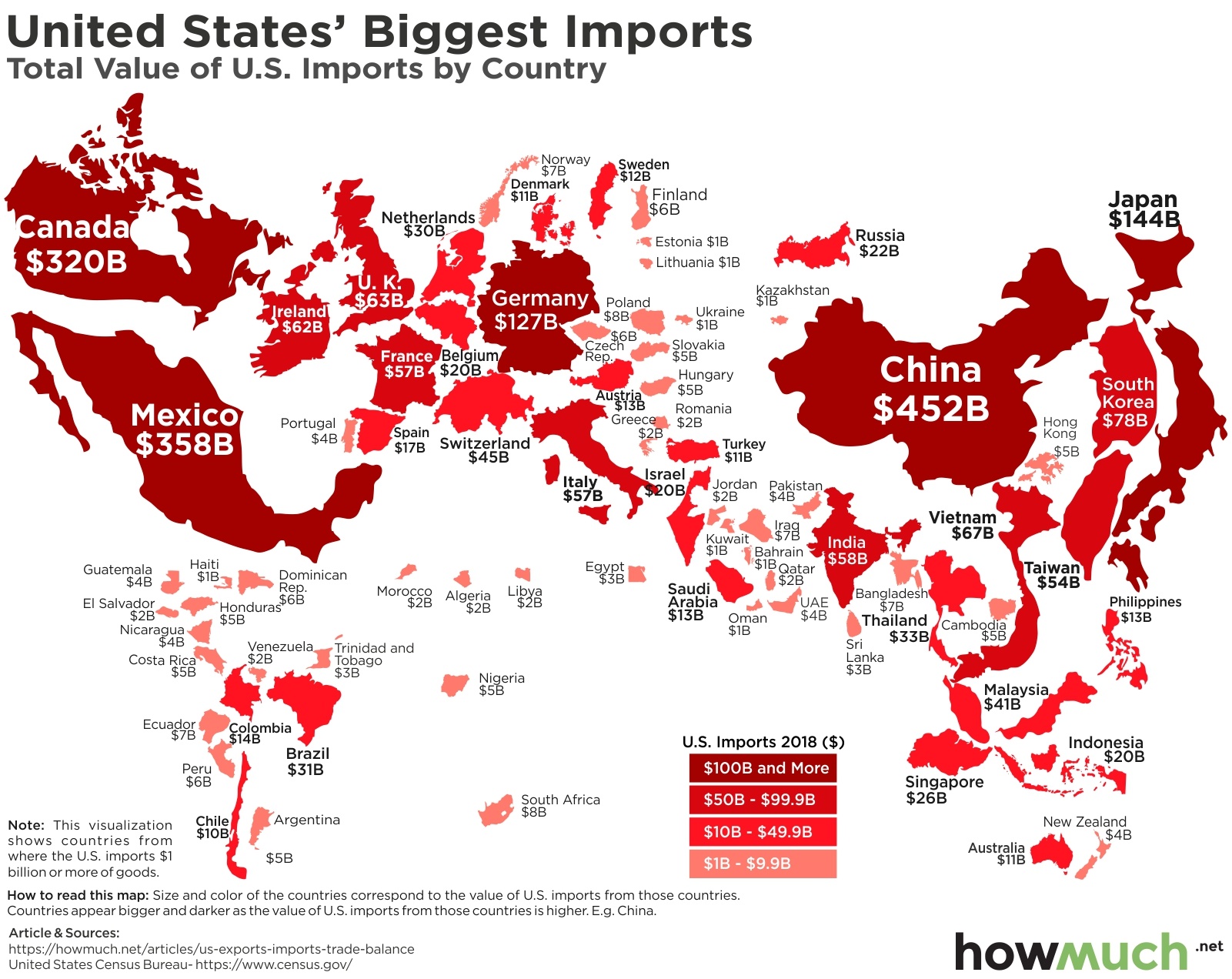 By contrast, the U.S. imports $2.5 trillion worth of goods from other countries. Like the previous visualization, the size and the color of each country on the map illustrate the volume of trade between the U.S. and that country. The U.S. has imported the most goods from the countries on the map that are larger and a darker shade of red.

Top Countries from Where the U.S. Imports the Most

Despite the trade war that has been raging between the U.S. and China since 2018, the U.S. still imports almost half a trillion dollars worth of goods from China. When combined, goods from China, Mexico, Canada, and Japan account for more than half of U.S. imports. 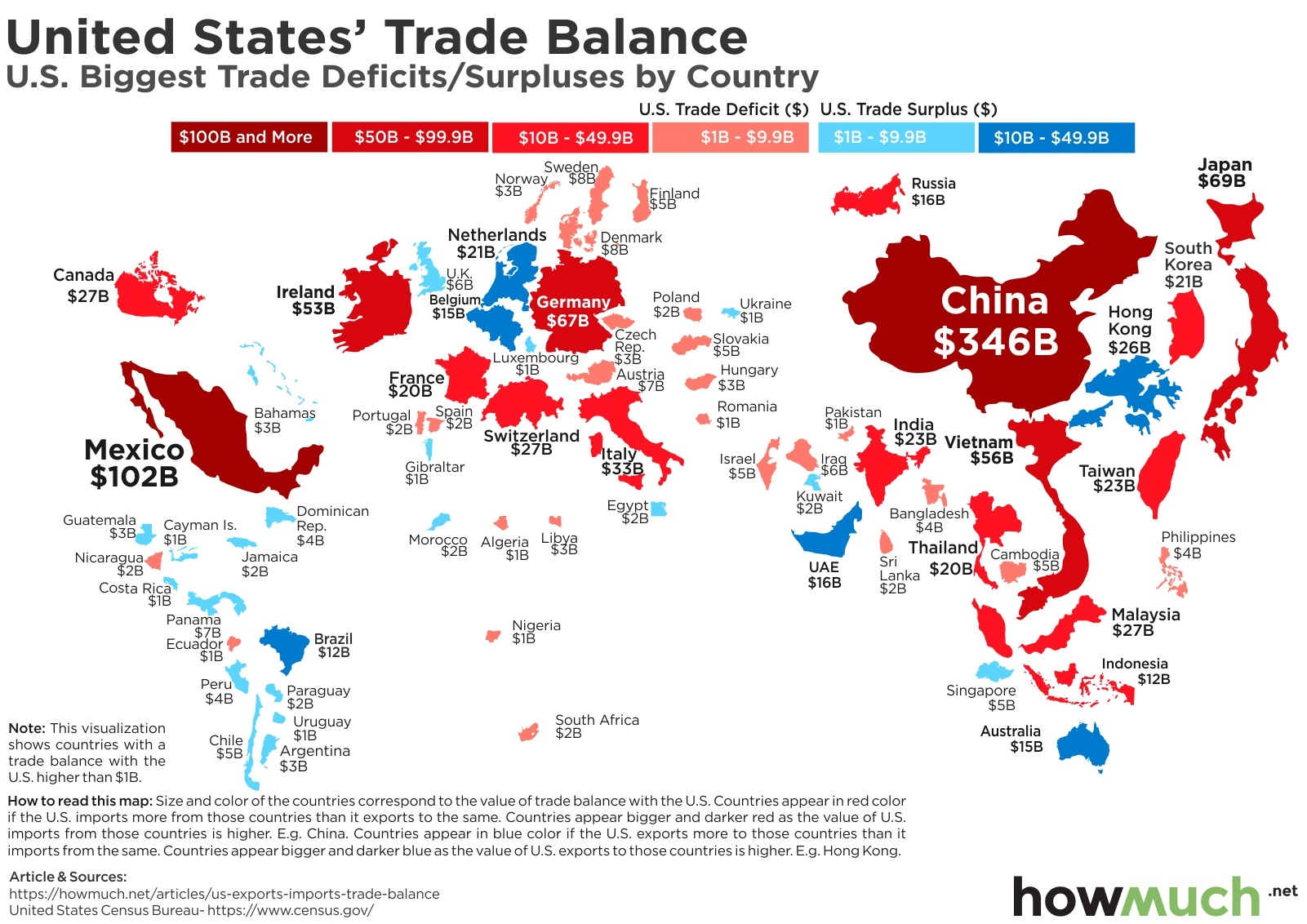 Top 5 Countries Where the U.S. Has a Positive Trade Balance

Top 5 Countries Where the U.S. Has a Negative Trade Balance

Notably, the U.S. balance of trade is highly responsive to other political, economic, and social events happening around the world. For example, everywhere we look we see the headlines talking about the coronavirus and its impact on tourism, trade, and investment between China and the West — and China and the U.S., in particular. In addition, the UK’s recent departure from the EU will necessitate new trade deals between the island nation and its trading partners in Europe and elsewhere. With so much change happening with the United States’s major trading partners, it is likely that next year’s trade balance will undergo some changes, too.

Given recent events ranging from the U.S.-China trade deal, Brexit, and the rise of coronavirus, how do you think the balance of trade will shift in 2020? Let us know in the comments!