Owning a home is a major life milestone for many Americans. In order to afford a home, most people will need to take out a mortgage and pay it off over time. Mortgage debt has hit a new peak since the 2008 financial crisis, rising to $9.406 trillion in Q2 2019. Interestingly, residents of some states incur significantly more mortgage debt than residents in other states. Our latest visualization takes a closer look at how housing debt varies by state, as measured by mortgage balance per capita. 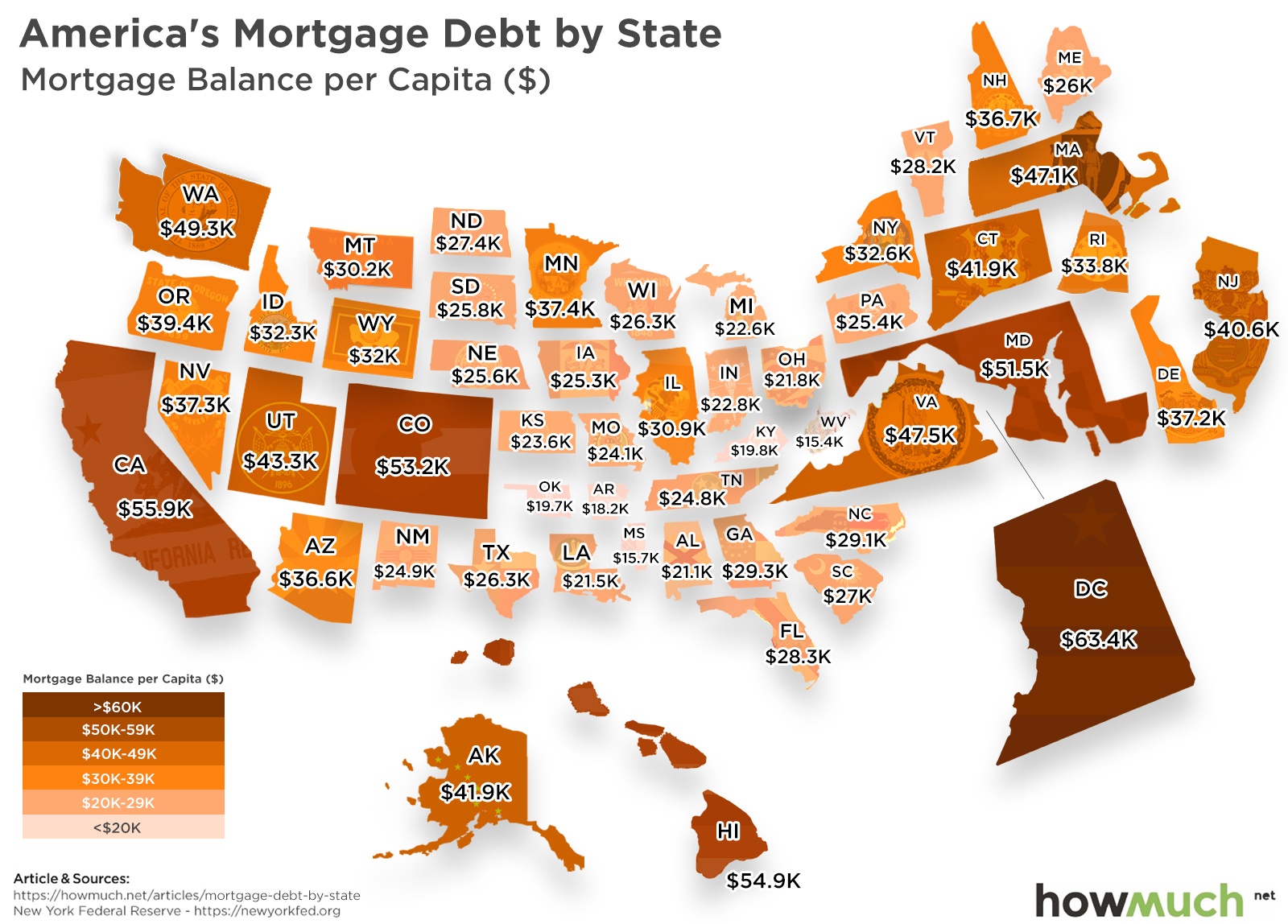 Top 10 States with the Highest Mortgage Debt Balance Per Capita

Despite rising mortgage debt, mortgage rates are close to historical lows. As a result, many homeowners are flocking to refinance their mortgages. Weekly mortgage refinances are skyrocketing, and retailers like Walmart are reaping the benefits of consumers spending the extra money in their pocket.

Although mortgage rates are low, they can’t compete with this brand new Danish mortgage proposal, in which banks will offer an interest rate mortgage of -0.5% a year. Yes, that is a negative number! In essence, this means that homeowners will pay back a lower amount than they were loaned. The effect of this new proposal on the Danish real estate market still remains to be seen.

If you are interested in purchasing a home or refinancing your mortgage, visit our cost guides for home loans or home refinancing. What do you think about recent changes in mortgage rates, or how mortgage debt varies by state? Please let us know in the comments section.