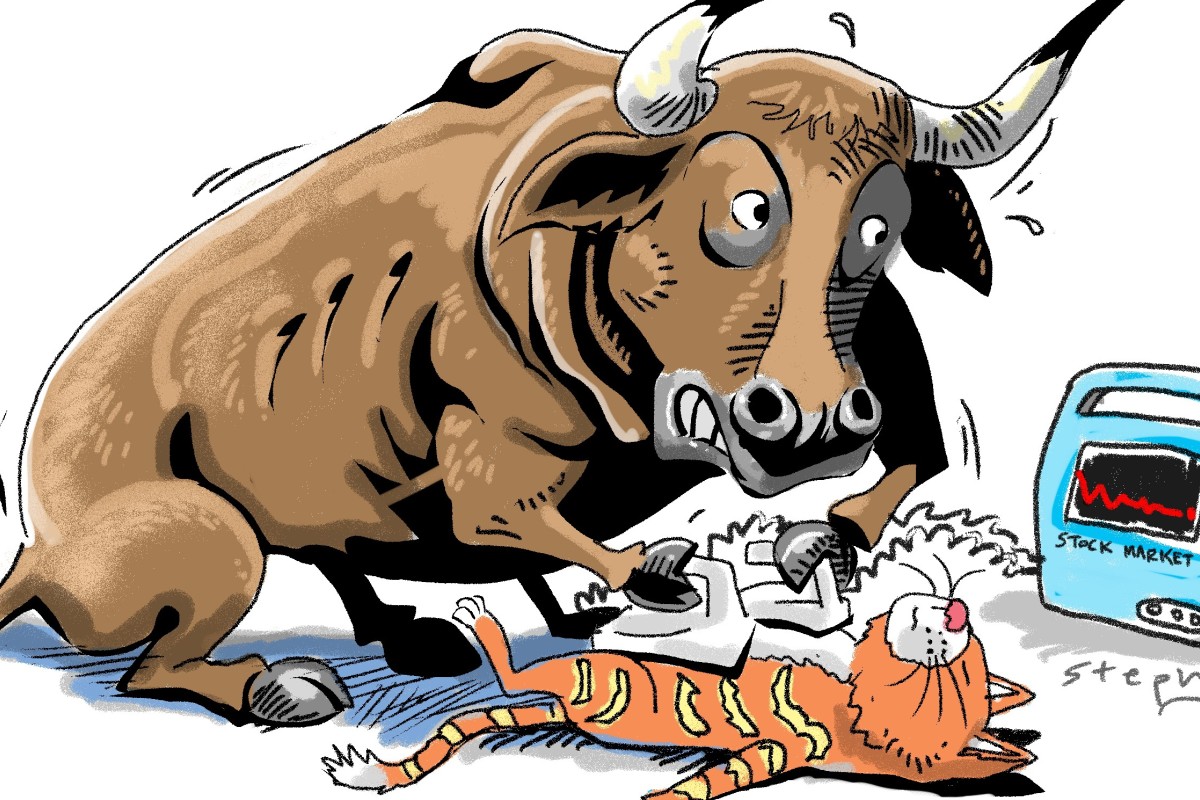 The markets are celebrating the pending agreement between China and the United States to end the trade war. This follows the US Federal Reserve signalling a pause in raising interest rates.

The euphoria is bringing the bulls out of hiding. Unfortunately, this is likely to be a dead cat bounce. A global slowdown is in full swing and with it, an earnings recession. Even if another major financial crisis could be averted, the debt binge of the past decade would take a long time to digest.

The change in the Fed’s policy posture is probably more important than a resolution to the trade war. Trump was raging that increased interest rates had crashed the market, and the falling market threatened to trigger another debt crisis.

The Fed backed down on plans to continue raising rates and unwinding quantitative easing. Its stated rationale for its changed stance is the slowdown overseas, which sounds like an excuse. In truth, its policy is self-contradictory.

If the bubble continues, another financial crisis, though delayed, is inevitable. If the aim is to achieve a soft landing – an orderly unwinding – it means having to resume raising interest rates when the market is stable in the second half of the year. And the market might crash again.

In China, there are domestic causes for the bear market. The trade war had an impact on sentiment and might have accelerated the market adjustment. The stock market bubble popped in 2015 , and the market has not fully adjusted.

A new bull market could only start through significant structural reforms, which are quite unlikely. An earnings recession is on the way and will last a long time, driven by declining debt growth.

China’s corporate earnings are dependent on debt-financed spending. When debt is growing at a slower pace, overcapacity will push down profitability and increase non-performing loans in the financial system.
Why Beijing should be wary of US demands for yuan ‘stability’

Debt binges in China and the US have led the global economy since 2008. US government debt has increased by US$11 trillion in this time, about twice the rise in its nominal gross domestic product.

See also  CHINA: This Is At The Shanghai Train Station. People Need To Take A PCR Test To Get Out

However, unless bond market vigilantes come back, the US is going to keep its government debt-led growth model.

Even though the US depends on foreign financing for its debt growth, the dollar’s unique status is allowing the US to get away with vast deficits in its national budget and current account, at least for now.

Even though the US’ private sector debt triggered the 2008 global financial crisis, its deleveraging has been moderate.

From 2008 to last year, non-financial-sector debt declined from 168 per cent of GDP to 152 per cent, papering over new pressure points in the debt world. Nearly half of student loan borrowers are expected to default.

Some 80 per cent of new car sales are financed through loans. If one or more of these debt bubbles burst, the federal government will have to increase its deficit from the present 5 per cent of GDP. The US economy will become increasingly dependent on federal debt.

China’s debt bubble is in more immediate trouble. In the first place, the country’s debt data is not accurate. A vast shadow banking system
has developed since 2008. If we use the conservative debt numbers – from 150 per cent of GDP in 2008 to 250 per cent in 2018 – Chinese debt has grown by 177 trillion yuan (US$26 trillion).

Some international institutions put China’s debt at 300 per cent of GDP, however. Obviously, China has picked up the debt baton from the US.

The immediate pressure on China’s debt bubble is from the household sector. In the formal financial system, its debt has gone from nowhere to 48 trillion yuan, or 122 per cent of disposable income.

But a more likely number, after accounting for shadow banking activities, is above 130 per cent, closer to the household debt level in the US in 2008.

Furthermore, household leverage is concentrated in urban China, where it could be as high as 200 per cent – like in Australia. Extremely high indebtedness is slowing new demand for debt. This is why the property market is in trouble.

See also  It is getting cold in China and people still have to line up in the snow blizzard for their daily PCR test to keep their QR code green.

When property sales decline, there is a liquidity crunch and developers cannot invest. Close to 6 billion square metres of residential properties are under construction, with a market value of two-thirds of GDP when completed. When this sector declines, it puts a drag on the economy that the government’s push for more infrastructure cannot offset.

Chinese household debt is weighing on consumption at a time when consumption is most needed: 1.4 billion free-spending Chinese consumers are still a distant dream for so many businesses.

Disposable income, at 43 per cent of GDP, is already unusually low – enough for essentials and not much left for splurging.

The debt burden is pressing it down further. Consumption downgrading is apparent in all sectors. Corporate earnings in the consumer sector will be under pressure for a long time to come.

So, no, the bull market isn’t coming back. The market’s bounce is driven by short-term relief. But declining economic growth and earnings are here to stay. This is truly a dead cat bounce. And no matter how hard the market throws it, this cat isn’t coming back to life.

Andy Xie is an independent economist