Nancy Pelosi says they will calm down rhetoric after they win. As if that excuses it 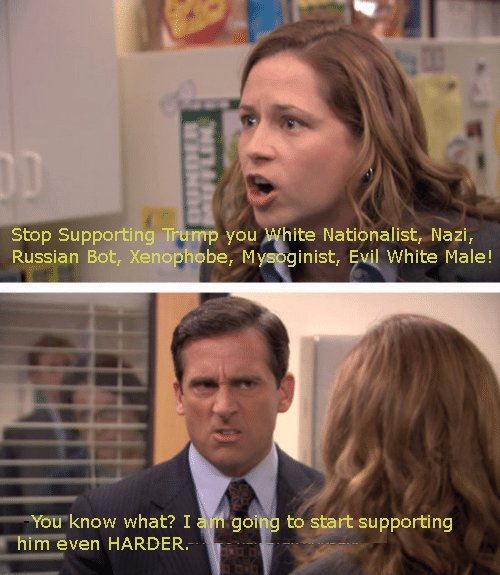 Media more to blame for dividing US than Trump, new poll suggests

Since he became president, many in the media have blamed Donald Trump for stoking division in the United States, but a new poll shows that while many agree that Trump deserves blame, more point the finger at the media itself.

The Politico/Morning Consult poll, released on Thursday, showed that 56 percent of Americans felt Trump had done more to divide people, with just 30 percent feeling like he had acted to unite the country.

Obama’s Migration Record: Almost One Migrant for Every Two Graduates in 2016