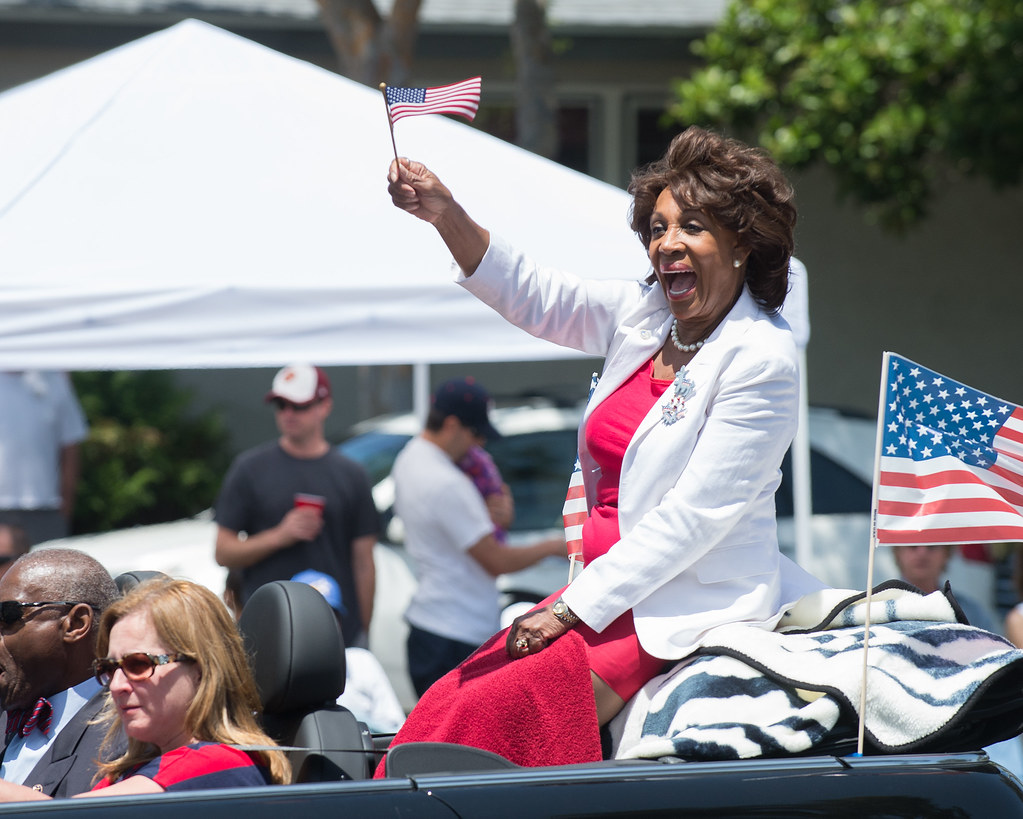 The “Resist Machine: known as Maxine Waters has decided to “covertly confirm” that she will be seeking backing for a Presidential bid in 2020. When pressed by reporters if her scheduled visit to New Hampshire was any kind of Sounding Committee, she replied: “I’m not running for anything but my own seat. I don’t have any presidential aspirations. If the millennials want me to do it, I’d do it, though.”
Waters is one of the most divisive figures on the political Left who despite 14 successful election in South Central Los Angeles, has managed to alienate potential voters across the nation with her almost constant diatribe against the President. Whilst addressing the House Speaker she said: “…my position against this president and his administration is clear. I oppose this president. I do not honor this president. I do not respect this president.” And that’s her democratic right to do so. But Waters gets nasty. She not only insults Trump and the Office of President, but she attacks Trump supporters openly. In her constituency, she has openly refused to speak to members of the public (who she supposedly represents) who did not vote Democrat.
Donald Trump has already begun campaigning and fundraising for 2020; he held a $35,000 a plate event and reportedly has more than $10 million plus already in the war chest. The prospect of his chief rival being incapable of speaking to or dealing with 60 odd million voters is likely to have Trump’s team rubbing their hands gleefully.
The bigger issue for the Democrats is that they seem incapable of putting together a policy platform. This was something Trump managed to work around by basically saying whatever came into his head: no need for Party support (although obviously this has hampered his wielding of power within the Senate). They had plans for the all important 2020 in place back in 2014; it was “destined” to be the time to redraw Congressional districts. MSNBC put out this piece:
“The fantasy scenario for Democrats, if all goes right, might look something like this: President Hillary Clinton, capitalizing on a solid first term, a still-divided GOP, and the usual advantages of incumbency, leads her party to a decisive victory in 2020. Riding her performance, Democrats down the ticket take over a number of key state legislatures and governor’s seats. Now with far greater control over the redistricting process, they put the House back into play.”
Clearly this scenario was flawed (hence the “Fantasy”), but if we substitute “President Hillary Clinton” for “President Donald Trump”, the redistricting of an already Republican House could end up locking out the Democrats for a very long time.
Running Maxine Waters is almost a guaranteed loss; she is basically a much disliked person who exudes almost no warmth. Whilst never wise to make predictions before a candidate has even officially declared, I’ll take the risk and put money “against” a President Waters.