The Intercept is reporting on something CTH predicted after the 2020 election, Mitch McConnell is working with Kentucky legislature to plan his departure before the end of his term.

This is not a surprise.  McConnell is fully exposed now; people can finally see through his schemes and understand his motives and maneuvers.

(Via The Intercept) Senate Minority Leader Mitch McConnell has compiled a short list of successors in his home state of Kentucky, preparing for the possibility that he does not serve out his full term, Kentucky Republicans tell The Intercept.

Under current law, the power to appoint McConnell’s replacement falls to Democratic Gov. Andy Beshear. But new legislation McConnell is pushing in the Kentucky General Assembly would strip the governor of that power and put it into the hands of the state GOP. (read more)

As we noted following the election, the business model of selling votes is no longer as lucrative.  McConnell and Harry Reid created and then held the UniParty power system as a system for affluence and influence.   However, McConnell’s signature legacy item will be his role in eliminating the filibuster and turning the senate into a simple majority system.

In order to give the appearance of his opposition to this move, despite his years of working earnestly toward it, McConnell will exit very soon after the filibuster is eliminated.  He will then blame the elimination of the filibuster as the excuse for his departure.  This is the Machiavellian way he operates. 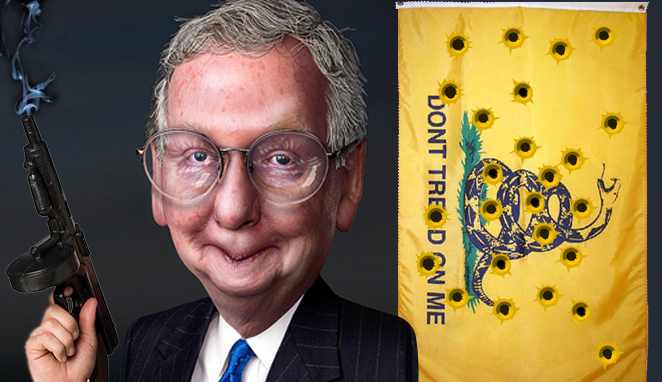