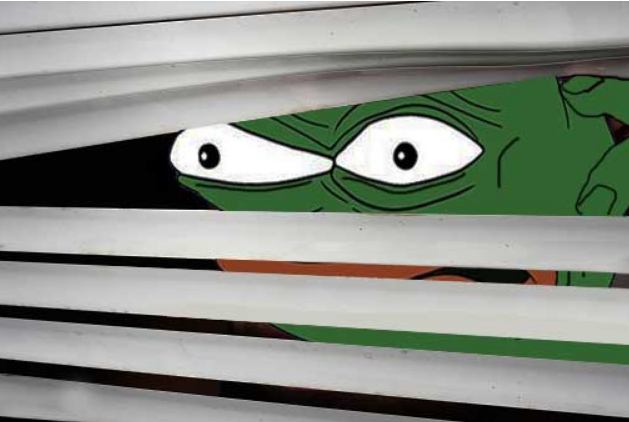 Today’s Kafkaesque news story comes from the former greatest country in the world, the United Kingdom respectively. The thing is, the British Empire  was world’s greatest empire, at least in this writer’s humble opinion, an empire where the sun never set and all that. Rule Britannia and all that, which made for a strong colonizing power that brought civilization and the industrial-revolution to India, Africa, the Middle East etc. The US itself is a product of British colonialism, check that out kids. Now, regardless of what your Marxist professors brainwashed you about the evil white man and colonialism, this is not the point of my article.

Today, we’ll stand in shock and awe, as we learn from Britain’s luminaries (just kidding) that memes cause obesity in kids and teens, so they should be banned, regulated, or something along these lines. Like, oye, you’ve got a licence for that meme? (coming in a UK home near you, right after the break).  Yes indeed, the EU (Britain is still part of the EU, despite voting for Brexit 2 years ago, which is a meme into itself) is going full retard these days. Here’s from world’s best fake-news network:

It’s been a bad few weeks for memes.

In mid-September the European Parliament passed a new copyright law that some have dubbed a “meme ban.”

Then Sweden’s advertising watchdog ruled that the popular “distracted boyfriend” meme is sexist.

Now, academics have told British lawmakers that internet memes may be contributing to the UK obesity crisis and doing harm to teenagers on a significant scale.

“A substantial number of individuals on Twitter share health-related Internet memes, with both positive and negative messages,” they wrote, noting that many “contain inappropriate material.”

A picture of an overweight child with the caption “Free food? Count me in!” was sent along with the letter as an example of a meme the researchers found dangerous.

The academics were also concerned by a meme that created a human-like body from pictures of pizzas and hamburgers, with frankfurters used for limbs and a smiley-faced potato for a face.

The body was captioned “me” and placed alongside images of three well-defined bodies for comparison.

“The vast majority of sharers display little, if any, emotion when sharing these memes,” the academics commented.

“Just washed this chocolate bar with soap,” read the caption to another image included in the letter, along with #cleaneating.

“Internet memes are generally viewed as entertaining but they also represent a body of cultural practice that does not account for the specific needs and rights of teenagers,” the researchers warned.

“Unhealthy lifestyles cost the NHS billions every year,” they added, suggesting that “the dangers of inaccurate/inappropriate health messages” contained in memes could be a contributing factor.

So, let’s first assume that British “scientists” are right, as in memes can be a contributing factor to obesity, at least partially. See, fat people with no self respect may be “tricked” into thinking it’s ok to be fat from looking at memes promoting the respective idea. I get that. However, have you noticed how mainstream media is in full-swing in recent years campaigning for fat acceptance, it’s okay to be fat, healthy at every size and all that pro-being-fat proaganda?

Fat women were put on the cover of magazines, with pundits claiming that it’s healthy to be fat and all that nonsense. The most striking example of mainstream media promoting fat chicks is Ashley Graham, whose heavily edited photos (to hide her monstrous cellulite) were admired by the whole world in Sports Illustrated Swimsuit Edition 2016. Yeah, that was 2 years ago. And the entire mainstream media cheered for that fat chick getting international attention and similar crap.

I mean, in normie/NPC circles, it’s already a done deal for years: it’s okay to be fat, fatness is cool, good and healthy, and if you’re not acknowledging that, you’re going to be SJW-hunted and destroyed on social media like the neo-nazi racist that you are. So, the question is, why is the same left  that brought us the “fat is the new beautiful” mantra now hunting memes which allegedly promote an idea they themselves support?

The answer is pretty simple: memes are the best weapon we have against normies, as they have the power to transmit simple truths to people on both the right and left, hence memes have great political influence on social media, which is the new public square. And being capable of influencing the zeitgeist from your own bedroom using just a laptop and an internet connection is incredibly dangerous for the ruling class. They’re losing the info-war, and they don’t like it.

See also  One of the Hidden Causes of the "Recession": Capitalists in the US Rely on Cheap Labor and They Aren't Getting It

Being capable of creating and disseminating memes freely over the interwebz makes for the ultimate power in our universe. The deplorables’ Death-Star if you like. And that has to be stopped, as the internet created a situation where any meme-creator has the ability to send a simple political-message in memetic-form to as many eyes as CNN (billion-dollar operation) or a Hollywood movie (hundreds of millions of dollars each). It’s like guerrilla warfare, and we’re winning against the MSM behemoth. And the ruling elites are not happy, as above all else, they seek power over our souls and minds. Losing the monopoly over news and information on the web would mean they’ll finally lose their power over us in the real world.

Since Trum won the election in 2016 as the social-media candidate, the establishment focused on shutting down everything (internet-wise) that made his victory possible, restricting and attacking free speech like never before. The simple fact is that “our” narrative is better than “theirs”, and also our kung-fu is the best, as the left cannot meme worth of sh*t.

So, they must shut us down.