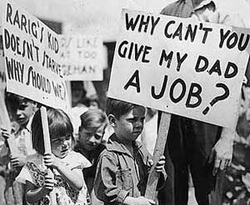 When the LA Times wrote that “A record 4.5 million Americans quit their jobs in November,” they said it was…

a sign of confidence and more evidence that the U.S. job market is bouncing back strongly from last year’s coronavirus recession.

Reuters also said it was…

a show of confidence in the labor market.

That is what you say when you reach into your answer files and pull out the standard answer even when you are faced with a very non-standard surge in quits because you don’t stop to think about why on earth the surge would be so extraordinary.

For example, the biggest rise in quits also timed out the following labor change reported by Zero Hedge:

The latest JOLTS Job Openings and Labor Turnover data showed the biggest drop since the peak of the covid Pandemic, as a whopping 529K job openings were lost in November, the most since the 1.139 million jobs lost in April 2020.

“Quits” are defined as the entire number of people who quit during a given month. “Job openings” are defined as the number of jobs that are open at the end of a given month. So, if 4.5 million people quit their jobs in November and a net of 529,000 open jobs closed. At the same time only 210,000 new jobs were added in November. So, even if all the new jobs were filled right away AND the number of jobs remaining open dropped by 529,000, that still leaves 3.76 million people who quit and did not take a job.

Yes, you can argue there was a record surge of confidence that caused 3.76 million people to quit just before the holidays without taking a new job.

However, I think I have a more reasonable explanation

Could it possibly be that this huge number of people quit, taking no new job, in November because the Biden Mandates (abbreviated BMs) were scheduled back then to kick in at the start of December? Could it be?

Many people hate to have getting fired on their record. They would far rather quit than get fired for a couple of reasons: 1) quitting is far easier on the ego than being fired; 2) they can give their own reasons for moving on to the next employer, even if they make them up, and no one will know they’re made up. That way, when the employer they are interviewing with calls their old employer, the old won’t be able to say “We fired her for insubordination.”

See also  H8 data update. There are indicators that preface some of the market crashes and major market events...

Also people quitting for that reason would be less likely to take up new jobs because many of the new jobs would have the same vaccine mandates. And they would not show up on unemployment roll or in the unemployment count in some states because some states are not allowing people to collect unemployment benefits if they are fired for refusing the vaccination, calling it “insubordination.” Because those states will not award them benefits, they never go on the unemployment roll (which largely remains unchanged from October to November, rising by 210,000 people).

Let me also point out that, if people were quitting to move on to better jobs or better pay, the new jobs should be getting filled. They’re not. ZH reports…

there was a new record, or 3.7 million, more vacant jobs than unemployed workers in November.

If you are refusing to get vaccinated, chances are pretty good you can’t take the new jobs, and you won’t show up in the count of unemployed people either.

The Times’ deployment of the standard explanation for quits might be true in normal times, but the record number of quits now is an anomaly that likely has nothing to do with a high sense of job security because who feels high job security right before the holidays in 2021, going into another COVID surge during a time of scorching inflation with soaring heating costs and winter clothes and gifts to buy and big dinners to throw? That seems to me like the least likely explanation for where all these people suddenly disappeared off to in November.

Yet, The Times claimed, a bit euphorically in my opinion, as though to sing praises to King Biden,

The job market is rebounding from last year’s brief but intense coronavirus recession. When COVID-19 hit, governments ordered lockdowns, consumers stayed home and many businesses closed or cut hours…. But massive government spending — and eventually the rollout of vaccines — brought the economy back.

I think The Times and Reuters were leaping to a quick-and-easy conclusion without thinking. I think it is far more likely that Joe’s BMs forced millions of people to quit or be fired if they didn’t want to be vaccinated, and many chose losing their jobs over capitulating to King Biden’s dictates. And the media just doesn’t want to report that.

These poor souls preferred to quit and stick their fist in their employer’s face, rather than wait around for their employers to fire them and scold them. They said, “Take your mandatory medicine and inject it where the sun don’t shine” -or- they silently left so as to leave no record as to why their employment ended so they can control their own narrative when they interview for the next job at a smaller company that is not under the mandates.

There are a variety of ways you can try to decipher those statistics; and you’ll see it differently, I’m sure, if you want to defend these likely unconstitutional presidential BMs; but this, I think, is the best explanation for where this record number of nameless souls disappeared off to in November. Bear in mind that, while the mandates ultimately got postponed to January, many people may have quit in December before they were postponed, and many states set up their own mandates, patterned on Joe’s BMs, that did not get postponed, such as happened in Washington State where I live, which is why my job ended in November, too, though I chose to let them fire me, rather than quit to make it clear whose act this was for my own reasons and to do all I could to hold on to that job to the last minute, as I sought exemptions they did not accept.

If you haven’t heard it yet, here’s an interview on RT (raw audio) as to how I was terminated for not taking the vaccines and why I chose not to get vaccinated: thegreatrecession.info/blog/wp-content/uploads/RT-Interview-on-My-Vax-1.m4a