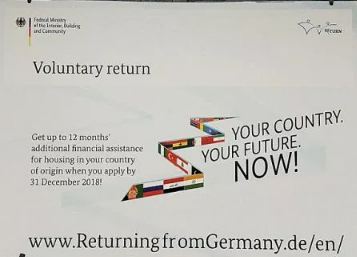 The latest game in Germany is now Merkel, who offered cash to refugees to return last November, has stepped up her game and offered to pay their living expenses for one year if they return home. Billboards are appearing all over Germany making this latest offer. Believe it or not, more than 20,000 refugees vanish when they were going to be deported. This illustrates that politicians should simply NOT be allowed to make unilateral decisions. In this case, Merkel’s decision has impacted ALL of Europe when the rest of Europe had NO opportunity to agree or vote on the issue. 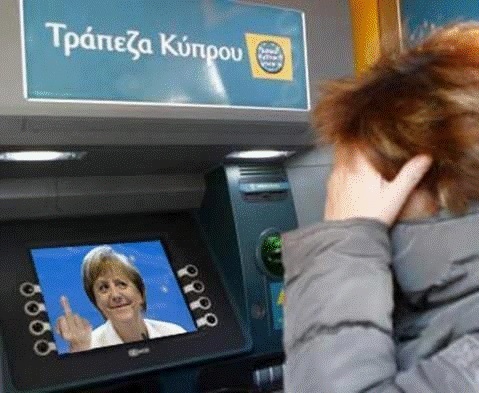 Chancellor Merkel’ poll rating internationally collapsed after her refusal to yield to Greece in the debt crisis. She allowed the Greek people to be strip-mined of assets to pay for their corrupt politicians. When she was being criticized by the world press for her obstinance with regard to Greece, she did a 180-degree turn and changed the subject from Greece to Syria.

READ  Yellen: Inflation & Your Lower Standard of Living Is Good For Society

It all began when on July 15, 2015, Time Magazine wrote, “Berlin’s role as the enforcer in negotiations over Greece’s debt could cause lasting damage to Germany’s global image.” Merkel has kept her own poll people to make sure she turns and stays with the popular swings. When her image was tanking due to her policies in Greece, this is when, without a European vote, she flipped solely for her personal political career. The Washington Times wrote on September 10, 2015, “Angela Merkel welcomes refugees to Germany despite rising anti-immigrant movement.”

The entire refugee crisis was created by Merkel as a diversion because Germany was being viewed as the harsh enforcer of loans, which were structured to hide what Goldman Sachs had instituted to get Greece into the euro from the outset. The entire reason for the refugee crisis was simply the view of Merkel globally. She needed to reshape her image from the loan shark to the caring Mother Merkel. Europe is now paying the price because Merkel was simply concerned about her polls.

READ  10% of people living in Los Angeles County plan to move away in the next year, USC study finds

The Refugee Crisis thus began with the peak in government on our model projected for October 1st, 2015 (2015.75). When Russia invaded Syria on the very day of the Economic Confidence Model, it signaled that Syria would be a focal point of this wave. The Refugee Crisis has been monumental ever since.