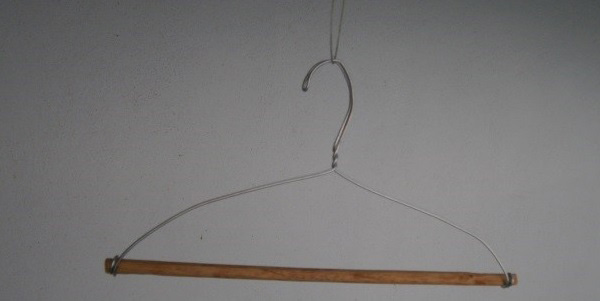 Recently, whilst having lunch with several successful businessmen, the value of formal education was being discussed and one said, “When I got out of school, I thought I was fully educated and ready to take on the business world, but actually, I was clueless.”

The others laughed, recalling their own introductions into business. All agreed that, although they had taken all of the requisite courses, formal schooling prepared them not at all in the understanding of commerce.

That is, all except one. He, as a boy, had been encouraged by his parents to take on a paper route, open lemonade stands, cut lawns for neighbours, etc. Although his parents couldn’t afford university for him, by the time he graduated high school, he thoroughly understood the principles of commerce.

The bicycle that he rode in his early teens was bought out of profits from his early business ventures. Later on, he bought his first car out of his earnings. And so, when he left school, he hit the road running and was ahead of his “luckier” peers who were then at university.

When they graduated, each had an advantage the others didn’t have. Yet, at the lunch meeting mentioned above, each university graduate agreed that understanding commerce, which they had had to learn on their own, after graduation, was the central lesson that enabled their later success.

So why do businessmen so often agree that the primary ingredient to success—that of understanding commerce (developing a work ethic, a sense of self-reliance and responsibility to customers, staying solvent, etc.)—was something that they had to gain by their own efforts? Why was this vital component not drilled into them in school?

Well, the simple answer can be found in the old saw, “Those who can, do; those who can’t, teach.” Which is to say that those who simply do not grasp or do not wish to have to deal with the essential lessons of understanding commerce often become teachers. And of course, they can’t teach to others what they don’t understand themselves.

Employment Options for the Uninformed

But do all people in this category—those who either can’t or don’t wish to face the hard slog of learning to grasp commerce—become teachers? Actually, no, there are other pursuits that do not require these important lessons. The so-called “lower” jobs—common labourer, maid, dishwasher, garbage man, etc.—do not require this understanding.

But what of those who have somewhat greater ambition, but who either do not or cannot grasp the principles of commerce? Well, in every country, these folks tend to gravitate to the civil service. The tasks are similar to those in business, except that civil servants don’t need to have any regard for time spent efficiently, nor for profit and loss.

And what of those who possess great ambition—who wish to achieve great heights but have no use for an understanding of commerce? What job is most attractive to them? There are a few possibilities, but the most attractive is politics. In politics, an ambitious person can achieve great heights and yet have little or no appreciation for an understanding of commerce.

See also  Chip Roy, Jim Jordan, and Massie all on a committee to investigate government corruption with Jordan being the chair? McCarthy actually did something good for once? Wow, we are really in a mirror world

If we question the validity of this premise—if we examine our own leaders—we find that, regardless of where we live, most politicians demonstrate a minimum of concern for solvency, efficiency, work ethic, responsibility, etc. Although they read speeches, often prepared by others, that deal in balancing the budget, creating jobs, unemployment, etc., they almost never have the slightest grasp of the realities of what they describe.

And so, is it any wonder that so many politicians come up with plans for ever-increasing taxation, heavy regulation of business, redistribution of wealth, etc.?

At the top of this page is a photo of a coat hanger. You’ll notice that it’s handmade—of aluminium wire and a whittled stick. I have several of these. During the 1970s, whenever I was in the neighbouring country of Jamaica on business, I would return home with a few. They were the most common clothes hangers in Jamaica at that time and were found in every dry cleaners and every hotel room on the island.

They existed because the then-prime minister of Jamaica, Michael Manley, had instituted full socialism for Jamaica, a “Deliverance” that he claimed would bring prosperity for all and end the division between the classes.

Of course, forays into socialism never really deliver what they’re advertised to deliver and the more extreme the attempt, the more disastrous. Fortunately and unfortunately, Mister Manley’s attempt was very extreme. Fortunately, it did not last long; however, unfortunately, whilst it was in force, it was disastrous for the Jamaican people.

Under Deliverance, Mister Manley nationalised industries, turned out the expatriate investors, and alienated business. The economy crashed and unemployment increased dramatically. Jamaicans could no longer afford products from capitalistic countries, so, in his inability to grasp commerce, Mister Manley simply declared that, henceforth, virtually nothing could be imported.

His lack of understanding of how money actually works led him to create an edict that was guaranteed to fail: If Jamaicans wanted a commodity, they would simply have to start a company and make the commodity themselves, thus creating both jobs and sales. Overnight, Jamaicans had to find a way to produce their own corn flakes, car parts, refrigerators… and coat hangers.

Eventually, even many uneducated and poor Jamaicans who had voted for Mister Manley realised his incompetence and voted him out, but not before he virtually destroyed the Jamaican economy. (To this day, it hasn’t fully recovered.)

And so, I keep a few Deliverance coat hangers as a regular reminder to myself of just how extreme the lack of economic understanding is in so many political leaders. And to this day, whenever I’m dealing with even the most highly-placed leaders, I have to remind myself that I’m not dealing with someone who truly understands commerce.

Further, I’ve found the same problem in dealing with governments of other nations. British Parliamentarians are no better; neither are American Congressmen. The more educated they are, the better they are at talking about commerce, but most demonstrate a decided lack of understanding of the subject—a subject they’ve never had to learn.

See also  Here is a look at some of the possible consequences, if the debt ceiling unraised government is no longer able to meet its financial obligations.

So, in what way does this inform us in our pursuit to internationalise ourselves? It serves as a reminder that, when we’re considering jurisdictions for the planting of flags, i.e., selecting jurisdictions for banking, residence, alternate citizenship, investment, etc., one of our primary concerns should be, as stated in the title of this article, “Minimising Government’s Dominance Over Your Life.”

Since the political sphere in any country is likely to be seriously deficient in the understanding of commerce, it’s left to us to begin our pursuit by identifying those jurisdictions where the government is least likely to control us. Countries that have small governments are therefore ideal, and a second choice would be those countries that are so poor or so disorganised that their governments are ineffectual. (They neither benefit nor hamper you in your interests.)

In the former case—small governments—this usually means small countries, but it can additionally mean countries with minimal taxation, as they, understandably, cannot support large, top-heavy governments. Typically, tax havens fit the bill well, as they are physically small, have small governments, and their economies are driven by overseas money that can quickly disappear if the government overreaches itself. These countries tend to be somewhat pricey to live in but generally offer high-quality amenities and are attractive for banking and investment, as well as being socially safe, with minimal crime.

The latter possibility—countries that are either so poor or so disorganised that they cannot enforce their own laws—are also potentially good candidates. Whilst they are rarely a good choice for banking, they may very well have potential for residency, as costs of living are low and government disorganisation allows increased freedom for the individual.

In your search, learn to look for warning signs, such as a handmade coat hanger in your hotel closet, and weigh such warnings. They are often indicators of greater problems.

Editor’s Note: The political and economic climate is constantly changing… and not always for the better. Obtaining the political diversification benefits of a second passport is crucial to ensuring you won’t fall victim to a desperate government.

That’s why Doug Casey and his team just released a new complementary report, “The Easiest Way to a Second Passport.” It contains all the details about one of the easiest countries to obtain a second passport from. Click here to download it now.