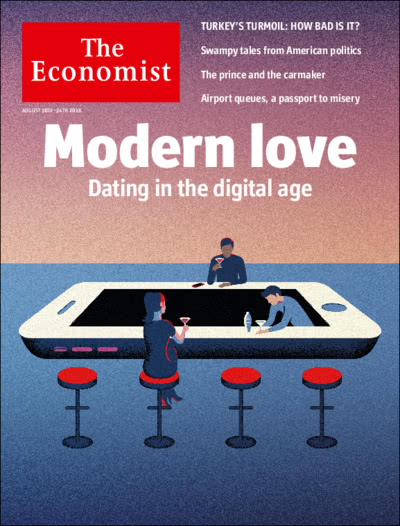 COMMENT: I enjoyed your article on gold and how trends change with the generations. I find it very true that my children looked at me with my silver bars and just asked so what can you really do with it? I have watched the youtube video when people choose the chocolate bar over a bar of silver. Things do change and we should ask if we are judging the world only by own own beliefs rather than trying to see what others think.

Thank you for the food for thought. The world is not always black and white.

REPLY: The Economist just published a piece on how the internet has changed the dating scene among the youth.  How people now meet is almost 70% online. A church is the lowest, primary schools are #2, college #3, bars #4, and introductions among friends #1. How people are meeting has changed and even how marriage has evolved over the centuries is even more interesting from a cyclical perspective. The Economist stated that the first personal advertisement for marriage took place back in 1695. Traditionally, the man was twice the age going into the 19th century because he first had to establish himself and then prove he could support a wife and family. As the industrial revolution began to mature, the age difference declined by the end of the 19th century as men were able to support a family at an earlier age. It was common up until the Great Depression for the man to be 15 years older before he could afford a wife.

It was the birth of Socialism where society was drastically changed. The age difference collapsed nearly the same age as socialism expanded but the divorce rate soared. No longer did the boy have to prove he could afford a wife, government social programs filled the gap. However, not only did Socialism change marriage, it also changed the family structure. No longer did you have several children because that was your retirement. The average family size declined and children no longer saved to take care of their parents. Now we have the internet changing dating but what is really interesting is that the cycle has changed and the age difference is back on the rise. It seems that boys do not become men until at least 10 years after a girl becomes a woman. This difference in maturity is making itself known once again. Younger women are now seeking older men especially in Europe where unemployment among the youth is at 60% in the southern regions.

What does have the women upset is that studies show that men live longer with younger wives who probably keep them more active. Yet, when a woman marries a younger man, the opposite takes place and her life-span declines. Perhaps because she had to take care of a grown child. These studies in themselves have caused a lot of controversies. Perhaps everything is just returning to what it was before socialism. Young women expect boys to be men and thus that has been the challenge post-1930. I can say from my personal experience, my father was 15 years older than my mother. It was nice that after he died in 1983, she was still with us until 2018 with her mind intact.