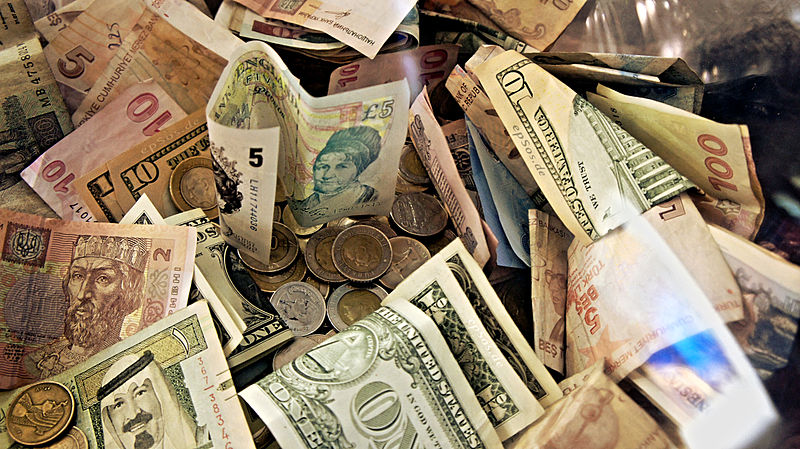 Source
The difference between a successful investor and one who makes consecutive losses is the ability to make timely sales and purchases using appropriate trading methods. Of course, leveraging any additional information gives someone an advantage over other traders but currency trading requires more than insider information.
With markets becoming volatile and expensive, traders need to employ technical tools when analyzing the currencies before trading. Financial analysts predict a possible recession in the year 2019, which will be preceded by a potential peak in 2018. The technical approach is expected to give more accurate trading results, but it does not provide a one-size fit for all currencies.
As such, investors should identify the differences between major currencies and use sensible technical strategies to improve results. Next is an in-depth technical analysis of four monthly forex pairs.

This month, the pair took on a bullish trend, though it may change over time. A notable feature about the pair is that it has not hit the 1.1500 mark, giving forex traders a chance to exploit the clandestine round number magic to attract the price over time.
The EUR/USD is the most traded currency pair with up to 70 % of daily global volume and foreign exchange market activity. A further interest of the EUR/USD is generated by the Euro-crosses like the EUR/CHF and the EUR/GBP, which tend to perform contrary to the prevailing US Dollar direction.

The overwhelming acceptance of the EUR/USD suggests that short-term changes favor trading the euro. However, traders should adjust the studies’ constraints to factor in the back and fill movements of EUR/USD.
It is because relying on such short-term indicators exposes them to increased probability of erratic movements. Traders can only make actionable trades when such short-term momentum divergences are confirmed by breaks of price levels that are often determined using a trend line analysis.
Directional movement indicators occur ahead of larger moves, which establish whether a trend is actually in place. Traders should, therefore, discard any momentum changes and rely on the positive or negative DIs for subsequent trade entry signals.

After closing above 1.3000 in the last week of June, the pair had a breakthrough, though for a short time. However, the price may linger on its current position as the US dollar index may take on an upward trend. Thus, the 1.3000 becomes a good point to make trades, especially if it becomes a long-term leg.

Note that the GBP/USD pair is relatively illiquid due to the high pip value of the US Dollar and the Euro-centric trading of the UK market. Sometimes, its price takes on one-way tendencies during significant moves as investors overindulge to extremes.

The pair shows a rising trend with the price stalling at 112.50 during the first week of July. Currently, the USD/JPY pair is pushing to an 112.91 high with the trading simulator predicting a continuous upward trend to 114.35-114.50.

It takes the second place as the most traded currency globally and tends to be the most politically sensitive. Succeeding US regimes use the exchange rate to make favorable trade negotiations with Japan.
While China has ousted Japan in the Asian market, the USD/JPY remains as the primary regional currency for China. Day-to-day trading of the pair is heavily influenced by Japanese asset managers and investors who often act in favor of the yen.
Technical analysis, however, shows that the USD/JPY pair encounters few breaks of the trend lines. If investors are inclined to a large-scale sale, a technical resistance will be absorbed if the trend is to be broken.
The unfolding large market move suggests that the break becomes a long-term break. It is a feature that makes the pair attractive to break out investors who use stop-loss entry orders during resistance or support breaks. Short-term trends like 15 minutes or hourly are only valid if traders act similarly (on the short term).
This technical analysis guides traders to rely on moving averages (e.g. 55-day epochs), the parabolic SAR, and DMI (Directional Movement Indicators).
They should avoid momentum indicators like MACD, the relative strength index and stochastic due to the institutional nature of the USD/JPY pair. A momentum indicator may indicate a potential trade, but price action fails to reverse adequately to make the trade logical. Instead, the price action takes on a sideways range to allow momentum prediction to unwind until the original trend resumes.

It is another illiquid currency that poses unique challenges to technically-oriented traders. However, due to the special accolade given to Switzerland as the world’s investment haven, the Swiss franc has historically also functioned as an alternative currency during geopolitical uncertainty.
The trend has faded over time with USD/CHF transactions based on the US dollar instead of Swiss-based economic ground rules. The Swiss National Bank often compares the franc to the euro because most Swiss trades are associated with the European Union. Additionally, most Swiss key developments are reflected in the EUR/CHF exchange rate.
George Soros, a renowned investor in history who sealed his reputation as a famous money manager after he made a killer profit of 1 billion pounds in the foreign exchange trade.
After successfully predicting a combination of indicators-high British interest rates, he took advantage of his short position in the pound sterling. Stanley Druckenmiller who considered Soros his mentor also boasts an incredible record of double-digit gains in foreign exchange investments.

Traders who want to employ technical analysis when doing forex trading should acquaint themselves with the trading tendencies of those currencies. Just because the Japanese Yen and the pound are traded against the dollar does not mean they trade identically to each other.