The US economy appears poised to enter a recession in two years, a new survey of business economists found.

In the survey by the National Association for Business Economics, out Monday, 72% of economists predicted that a recession would occur by the end of 2021. That’s up from 67% in February and according to data gleaned from more than 200 respondents.

The survey was taken before the Federal Reserve lowered interest rates on July 31 and before data pointed to heightened recession concerns in financial markets. 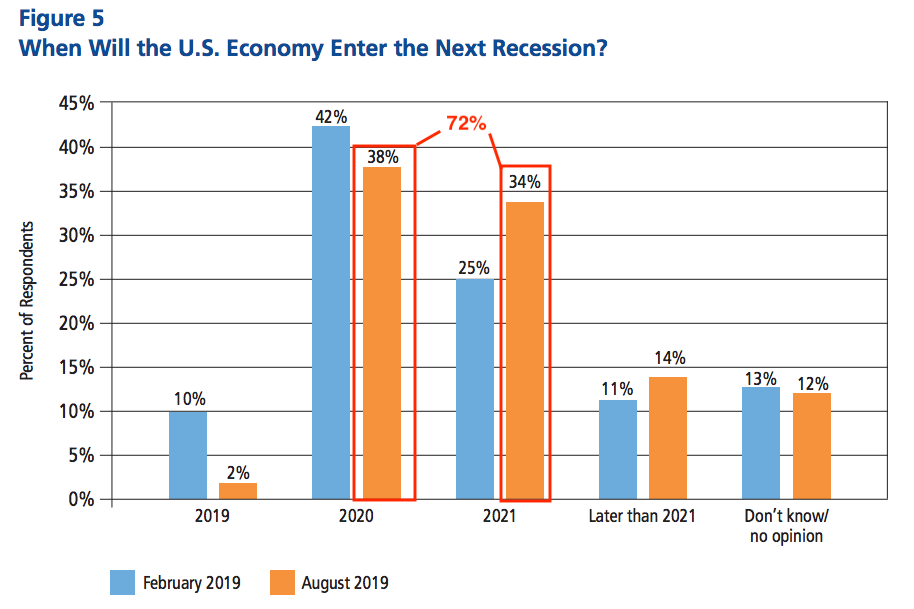 Stocks dropped sharply last week after a key recession signal flashedfor the first time since before the global financial crisis in 2007. Economists and investors have also become increasingly jittery about escalating trade tensions between the US and China, which the business economists recently cited as a risk.

“After more than a year since the US first imposed new tariffs on its trading partners in 2018, higher tariffs are disrupting business conditions, especially in the goods-producing sector,” NABE President Constance Hunter said in a separate survey of the economy last month.

“The majority of respondents from that sector, 76%, indicates that tariffs have had negative impacts on business conditions at their firms.”