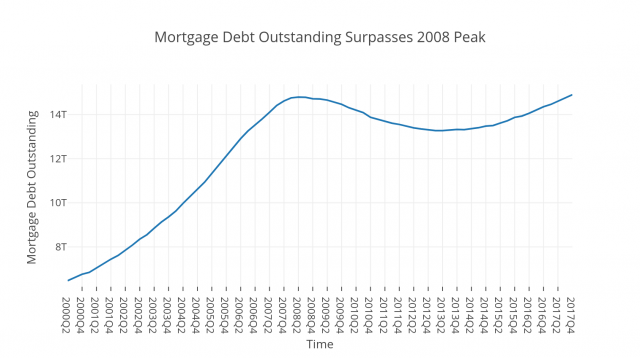 Before Campbell Soup sold $5bn of debt this month to fund its purchase of US snack-food maker Snyder’s-Lance, its chief financial officer told analysts that the company’s prized investment-grade status was safe. But it is only just.

The deal prompted rating agencies to downgrade Campbell to the tier above junk. While New Jersey-based Campbell is more indebted than most of its peers, the era of ultra-low interest rates has left it plenty of company in the riskiest segment of the investment grade market as corporate America’s borrowings have ballooned.

The chunk of the market rated at triple B — the group of ratings just above junk — now accounts for 48 per cent of the investment-grade market, according to data from ICE BofAML Indices. What is more, these corporate borrowers have piled on debt. triple B-rated issuers were slightly below 3 times levered in 2017, according to Citigroup, up from just about 2.5 times in 2015.

“There’s been an overall credit-quality degradation taking place within the investment grade market,” said Jon Duensing, a senior portfolio manager with Amundi Pioneer Asset Management. “And we have seen more willingness from investment-grade companies — particularly non-financials — to take more leverage on to their balance sheet.”

Most of the decline is by design. Most corporations no longer need the pristine AAA in order to obtain great rates. With the rates as low as they have been they can get by with any “investment grade” rating. This has allowed the CFO’s to pile on more debt lowering their overall credit rating. My concern isn’t the rating but the amount of debt corps have accumulated in the past 10 years. After 2008, corporations refinanced and then added debt not for the purpose of investing in their company but to invest in the markets. They did this to generate some sort of profit during the recession. They have simply kept that formula going. All is good until rates go up so when you refinance those 5-year bonds the corps will need to pay more. Where is this “more” going to come from? The corps have been slashing internal costs for a couple of decades now with little to no fat left to cut. I suspect the current trend of retail bankruptcies will expand to other industries due to the bond loads their MBA CFOs have piled on. For many of the retail companies the underling company is sound and profitable but the bond refinancing costs have swamped their profitability.

America’s companies have binged on debt; a reckoning looms

Toys ‘R’ Us Is Preparing to Liquidate Its U.S. Operations