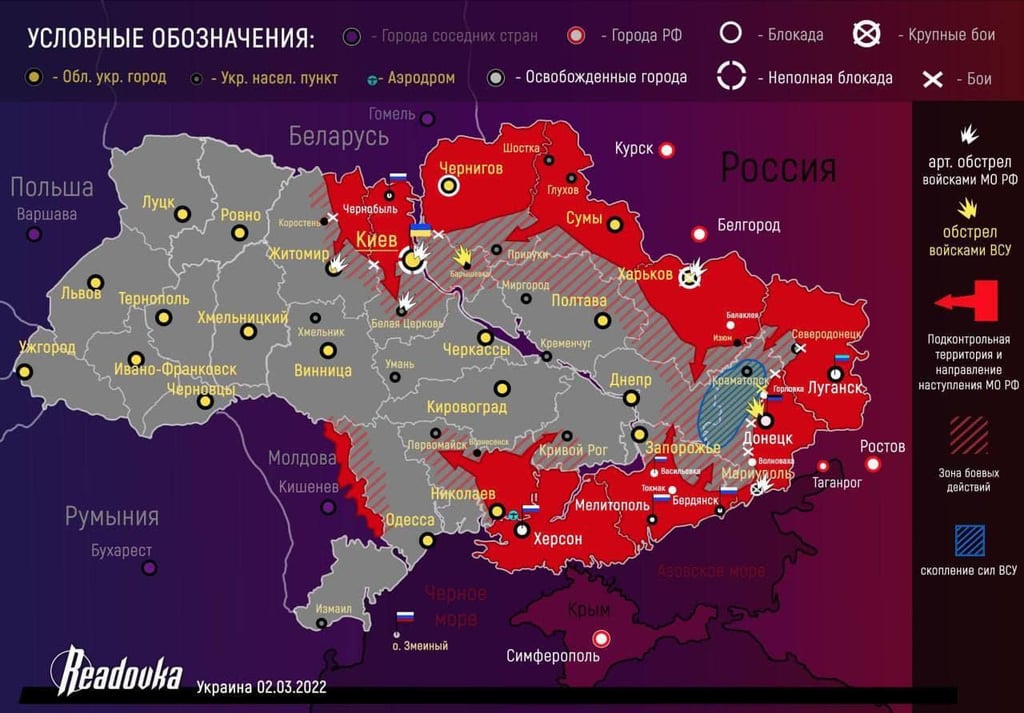 Reality on the ground is different then what MSM is telling is.

Something to point out not immediately clear in that image is that Russian forces have air superiority over the entire country after taking out ground radar during its initial attack.

Russia were attempting or have already surrounded the Ukrainian forces in the East and were bombing their fuel resupply trucks.

Help Support Independent Media, Please Donate or Subscribe: Trending:
See also  This Is A Proxy War With Russia. Oh Well, Better On Ukraine Soil Than Us Soil. This Is How We Do It.
Views: 16