NEVER, EVER, forget that it was the Democrats, the Obama admin, & Hillary that, without any doubt, colluded with foreign governments for political dirt. THIS IS A FACT, however uncomfortable for the Democrats.
👉🏻t.co/viVTpJ7Q7N…
👉🏻t.co/DsEV3rQqZB…

I discovered a pattern of corruption that the Washington press covered up for years!

I’m also going to bring out a massive pay-for-play scheme under the Obama Administration that will devastate the Democrat Party.

Do you honestly think I’m intimidated? 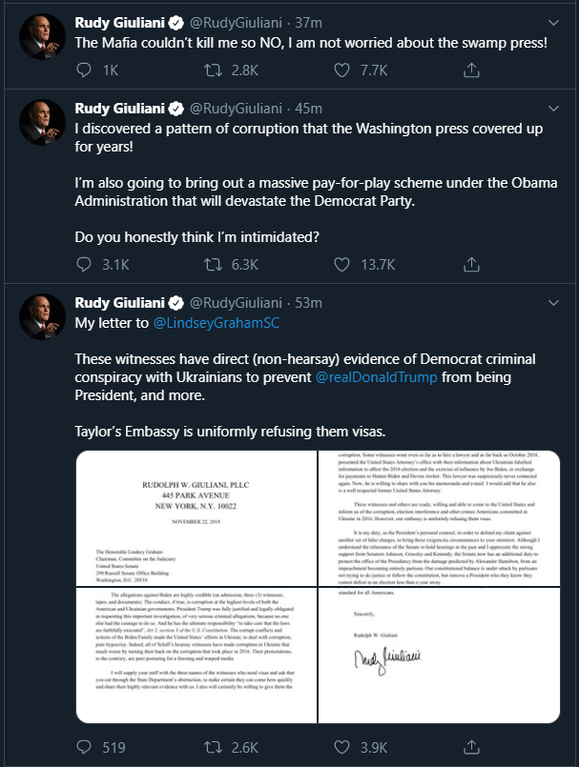 GIULIANI: “THEY’RE GOING TO TRY TO KILL ME”

…”YOU’RE NOT GONNA GET AWAY WITH IT”