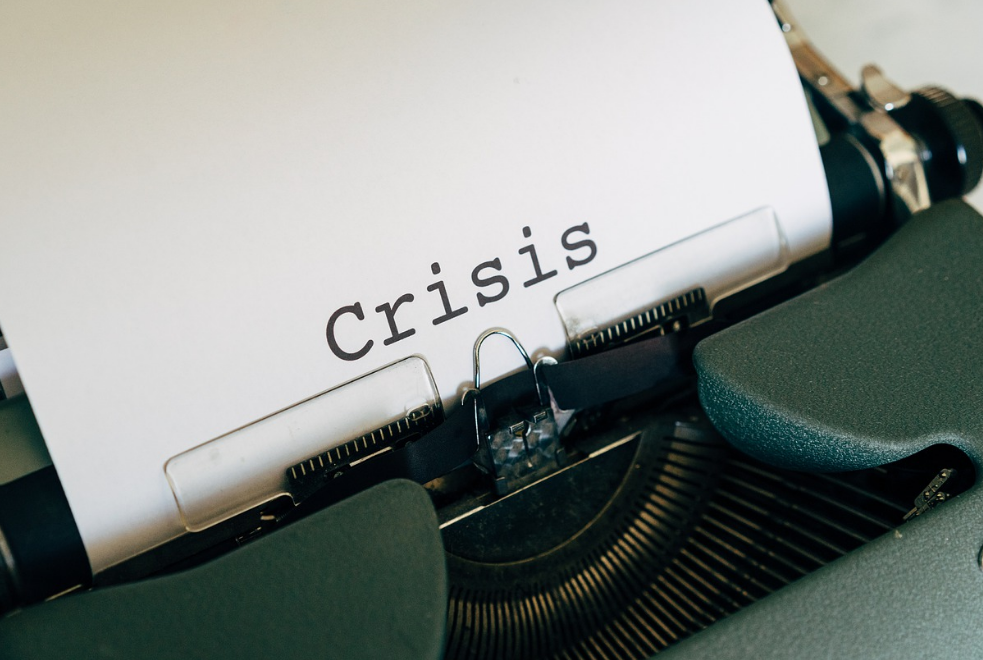 How do you know when a problem officially becomes a crisis?  Is it when just about everyone agrees that a crisis has arrived?  If that is the case, then it appears that an “inflation crisis” is now upon us.  Country Financial just conducted a survey that asked Americans about a variety of financial issues, and they found that a whopping 88 percent of the population is highly concerned about inflation at this point…

Many Americans are suffering from sticker shock after seeing prices rise in recent months.

A new survey from Country Financial finds that 88% of Americans are highly concerned about inflation.

That is a huge number.

These days, you can’t get almost all Americans to agree on just about anything.

In fact, I think that if you took a survey asking Americans if the sun would come up in the morning it would be hard to get up to 88 percent.

Of course I am being a bit facetious, but without a doubt we are a nation that is deeply divided along ideological lines, and very few surveys ever show an overwhelming consensus about something.

But there does seem to be an overwhelming consensus that inflation is a major problem.

According to that same survey, vast numbers of Americans plan to combat inflation by cutting back spending in a number of different ways…

Of the 1,031 adults ages 18 and up surveyed, 48% said they plan to reduce their spending on restaurant meals and takeout.

Moreover, 30% said they plan to skip upgrading their personal technology devices, 29% said they will purchase less clothing, 20% are delaying or canceling travel plans and 13% plan to drive less.

Over the weekend, I came across some more examples of how crazy inflation is becoming.  For example, in Massachusetts snowplow drivers are now being paid up to 310 dollars an hour…

It was tough to find snowplow drivers last winter, and this year is no different. Towns around Massachusetts are offering high hourly rates for drivers with a commercial license.

Watertown is paying up to $200 for plow drivers with a commercial license, and the rates increase to $310 for those with specialized equipment. Worcester and Lowell are paying up to $155 an hour, and Sandwich is offering up to $135. Chelmsford is paying up to $110, and even MassDOT is looking for drivers, though offering a lower rate of $31.25, NBC10 Boston reported.

If you have a truck and a plow, you may want to head up there for at least a while this winter.

A couple thousand dollars a day is nothing to sneeze at.

As winter approaches, the cost of firewood is also going through the roof…

Talk to firewood vendors in state after state, though, and they’ll all tell you the same thing: Sales are booming on the eve of winter, and prices are soaring.

At Firewood by Jerry in New River, Arizona, a cord of seasoned firewood — roughly 700 pieces or so — goes for $200 today. That’s up 33% from a year ago. At Zia Firewood in Albuquerque, the price is up 11% since the summer to $250. And at Standing Rock Farms in Stone Ridge, a bucolic, little town in the Hudson Valley that’s become popular with the Manhattan set, the best hardwoods now fetch $475 a cord, up 19% from last year.

Thanks to the new global energy crisis, more Americans are planning to heat their homes by burning wood this winter.

See also  Paul Krugman: Inflation Appears to Be Mostly a Myth, Transitory and Behind Us, as Long as You Remove Food, Energy, and Shelter

In addition to driving up firewood prices, this is also causing a huge run on wood burning stoves…

Besides the price jump in firewood, wood stove dealers are reporting overwhelming demand. “You can’t get a stove until at least April,” Lakin Frederick, an employee at Central Arkansas Fireplaces in Conway, a suburb of Little Rock.

Customers have told Frederick that the spike in energy prices, such as heating oil, natural gas, and propane, is the reason why they’re resorting to woodburning this year. He added wood has become scarce in his area because “there are not enough people who are cutting and supplying wood right now.”

This is going to be a crazy winter.

I hope that you are prepared for it.

Anyone shopping for a used car since the virus pandemic began has been hit with extraordinarily high prices as snarled supply chains and chip shortages crimp new car output, pushing consumers onto secondary markets.

The Manheim Index, the most recognized wholesale used-vehicle price index by financial and economic analysts, shows that used car prices rose 4.9% in the first 15 days of November compared to October. The overall index has jumped 44.9% from November 2020.

What we are witnessing is absolutely nuts.

We have never seen used car prices go up this fast.

One of the big reasons why they are going up so quickly is because new vehicles are in short supply these days thanks to the global computer chip shortage.  When new vehicles do arrive on their lots, many dealers are now selling them for way over sticker price…

Instead of advertising discounts, dealers are advertising these addendums. For example, a Bay Area Ford dealer advertises the 2022 Maverick SuperCrew with an MSRP of $23,775 and an addendum of $3,245, for a total advertised price of $27,020. This is 13.6% over MSRP. And it’s on order, not on the lot.

I have been consistently warning that very painful inflation was coming, and what we have experienced so far is just the beginning.

I am trying to do my best to try to wake people up, but it isn’t easy.  These days, people are absolutely addicted to entertainment, and that is especially true when it comes to the Internet.  At this point, Americans are so glued to their phones and mobile devices that it is hard to get them to focus on anything else…

Regardless of how others judge them afterwards, 60 percent of Americans admit to using their phone during a religious service. Half have even pulled out their phone during someone’s wedding and another three in 10 have started scrolling at a funeral or wake!

As for why people are so invested in their mobile devices, a stunning 86 percent confess they take out their phone to avoid talking to other people. More than six in 10 use this tactic to get out of talking with relatives at holiday parties. Even when Americans know they’re going to an event where they’ll be face-to-face with others, 91 percent say the conversations bore them.

For some people, even a few hours away from social media can seem like an eternity.  Much of the population has become willing slaves to “the matrix”, and it has been getting worse with each passing year.

Meanwhile, our economy and virtually all of our other important systems are in the process of collapsing all around us.

Things are only going to get crazier from this point forward, and our society is completely and utterly unprepared for what is about to happen.