A study on Swiss Glaciers shows that the fastest melting was in the 1860s and 1870s, long before the first coal fired power. (See that steep decline from 1850-70 in Part a in the graph below.) In Part b see the glaciers have been going back and forward in cycles that somehow have no correlation with human emissions.

Unlike CO2, volcanoes and solar activity do correlate with glacier length.

Analysis of ice cores delivers continuous data for the first time on industrial soot from 1740 to today.
In the first half of the 19th century, a series of large volcanic eruptions in the tropics led to a temporary global cooling of Earth’s climate. It was a natural process that caused Alpine glaciers to grow and subsequently recede again during the final phase of the so-called Little Ice Age.

This has now been proven by PSI researchers, on the basis of ice cores. Up to now, it was hypothesised that industrial soot in the second half of the 19th century had triggered the rapid melting of glaciers occurring at that time. The first-ever analysis of the amount of soot (also called black carbon) locked in the ice and thus historically archived now contradicts this assumption. The resulting continuous timeseries of soot concentrations will, in addition, help researchers in the future to improve climate model simulations by enabling them to use experimental data. The results were published today in the scientific journal The Cryosphere.

Arctic ice extent was much less during most of the last 10,000 years. In just the last 3,000 years Arctic Ice was much lower in extent. Here is a chart from one of the latest studies that shows how low it was in the Medieval Warm period and the Roman Warm period: 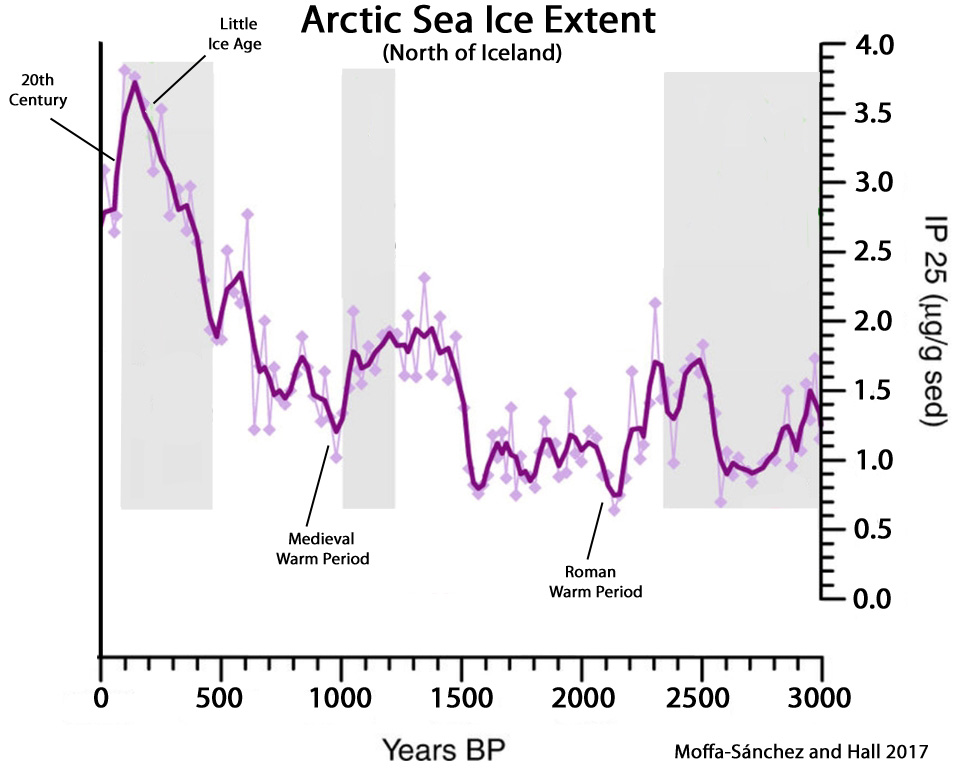 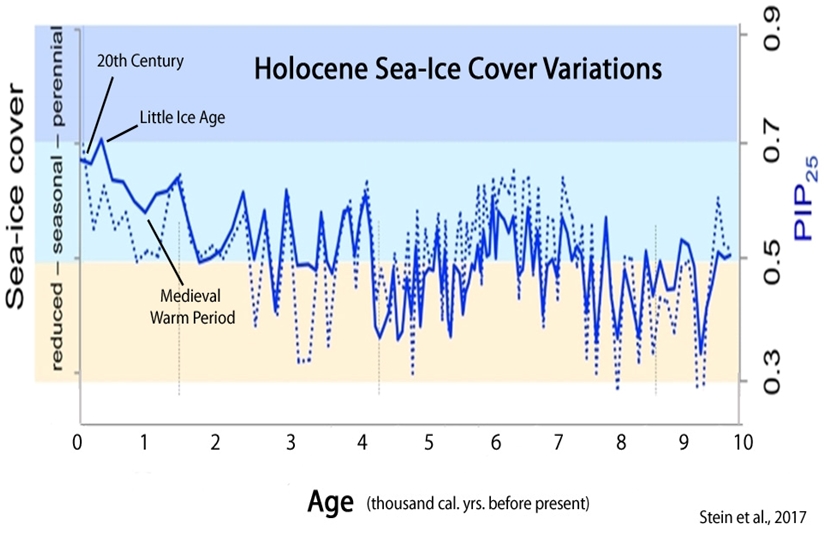 As you can see, the Little Ice age we just came out of shows we have not gotten warmer than most of the last 10,000 years.