They now know because the Roman period WAS 2-3 degrees warmer than today, and the civilization FLOURISHED!

Mediterranean Sea was 3.6°F hotter during the time of the Roman Empire – the warmest it has been for the past 2,000 years, study shows
Roman Empire coincided with warmest period of the last 2,000 years in the Med
But the climate later turned colder and likely ended the Empire’s golden period
Scientists studied amoeba species in marine sediments to reveal climate history

The Mediterranean Sea was 3.6°F (2°C) hotter during the Roman Empire than other average temperatures at the time, a new study claims.

The Empire coincided with a 500-year period, from AD 1 to AD 500, that was the warmest period of the last 2,000 years in the almost completely land-locked sea.

The climate later progressed towards colder and arid conditions that coincided with the historical fall of the Empire, scientists claim.

Spanish and Italian researchers recorded ratios of magnesium to calcite taken from skeletonized amoebas in marine sediments, an indicator of sea water temperatures, in the Sicily Channel.

They say the warmer period may have also coincided with the shift from the Roman Republic to the great Empire founded by Octavius Augustus in 27 BC.

The study offers ‘critical information’ to identify past interactions between climate changes and evolution of human societies and ‘their adaptive strategies’.

It meets requests from the Intergovernmental Panel on Climate Change (IPCC) to assess the impact of historically warmer conditions between 2.7°F and 3.6°F (1.5°C to 2°C).

However, the historical warming of the Med during the Roman Empire is linked to intense solar activity, which contrasts with the modern threat of greenhouse gases. 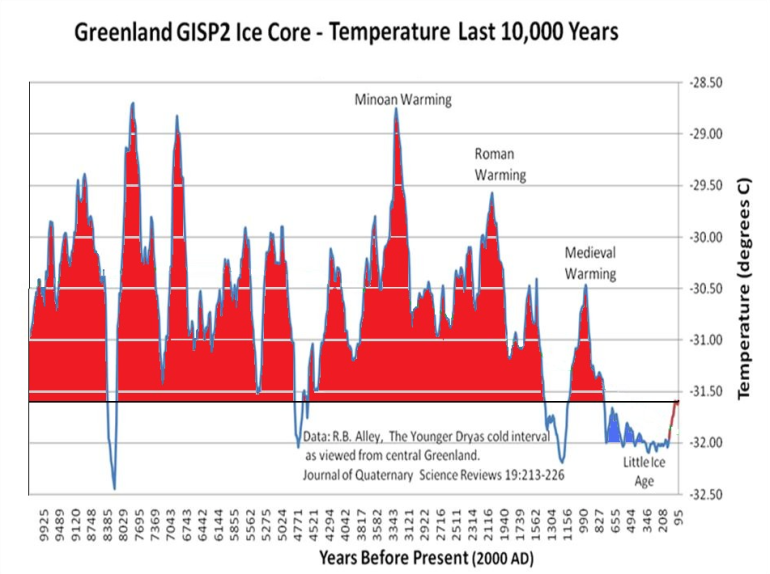