Another day, another news that seems to arrive from a parallel universe ruled by WEF and Bill Gates types. Oh wait, this is from New York actually, so yeah, it figures: the NY legislature is moving to pass a bill that will allow the authorities to grab and detain indefinitely alleged Covid-19 patients. This is not from Gitmo, but your so-called elected officials:

The New York legislature is weighing a bill that would let the authorities take anyone suspected of having or being exposed to a contagious disease and hold them indefinitely – even forcibly medicating them.

Under the new law, New Yorkers may be dragged out of their homes and locked up on mere suspicion of having been ‘exposed’ to the novel coronavirus — no positive test or even symptoms necessary. Once imprisoned in one of the state’s purpose-built facilities, individuals may be forced to submit to a “prescribed course of treatment” including drugs and vaccines — and even then, freedom is not guaranteed.

The state’s nightmarish Assembly Bill A416 would see targets locked away for as long as 60 days without a hearing. And while the prisoner has a right to legal counsel, New York health authorities will have the ultimate say in deciding when – and if – they’re no longer contagious. Assuming they ever were in the first place, that is. 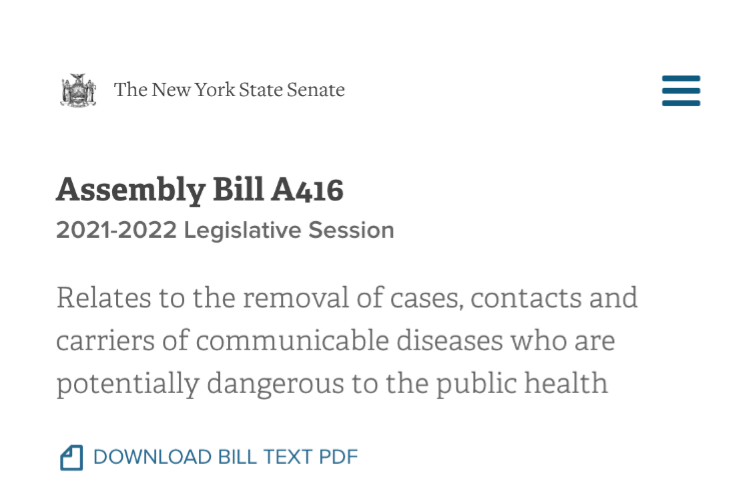 Considering the fact reported even by fake-news outlets that PCR tests are producing over 90 percent false positives, it’s clear that healthcare facilities will be overwhelmed with the “contacts” of healthy people who tested positive erroneously (or intentionally).

This is nothing short of a bureaucratic nightmare and the psychological effects on the “indefinitely detained” for no good reason cannot be underestimated.  Healthy people erroneously deemed ‘cases’ can be locked away for months, even years, and may very well include high-profile dissidents for institutionalization, the likes of lawyers and doctors who dare speak against the new world order.

“According to the World Health Organization and its many media mouthpieces, sharing unauthorized facts is driving an “infodemic” just as dangerous as the virus itself — meaning those sharing such content are harming others.”

All hell will break loose under this Kafkaesque virus regime, and I could easily foresee a future where men in hazmat suits will drag dissidents out of their houses at 3 AM, CCP style. Unless people revolt and use their Constitutional rights, including the 2nd amendment, this nightmare will continue until the cabal that rules the world achieves the kind of society they want, and that would be a prison society, a prison planet basically.

If Joe Biden enters the White House, the World Economic Forum agenda will be implemented at federal level, and this kind of satanic laws will be rushed through.

Speaking of prison planet, have you ever heard the term lockdown being used by anyone prior to 2020 except from a “prison lockdown” context?

Germans will have to limit contacts to a “minimum,” Chancellor Angela Merkel said, as she announced that the national Covid-19 lockdown is being both toughened and extended until the end of January, amid soaring infection numbers.

Shops, bars, and restaurants in Germany, as well as schools, will remain shut at least until the end of January, Merkel announced, following a video conference with the leaders of the country’s 16 federal states. The government is aiming to reduce infection rates to fewer than 50 cases per 100,000 residents before any restrictions will be lifted.

This is not a “cohencidence”, but mind-control to train people to be prisoners in their own country. 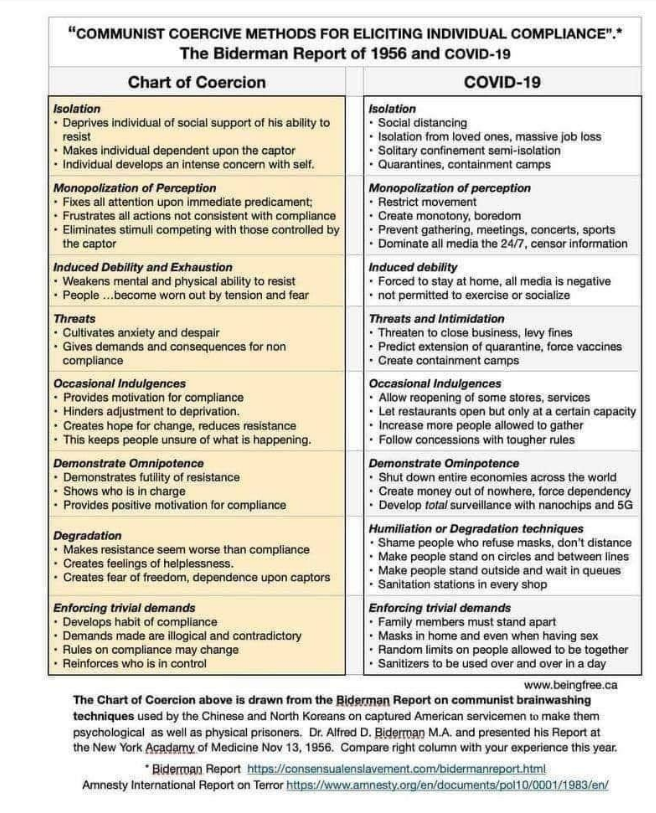