Newly released text messages reveal the tyrannical grip Hillary Clinton had over Washington as investigators knew she was corrupt but were too scared of what she might do to them to investigate.

Washington, D.C. — (ZH) Newly released text messages between FBI officials Peter Strzok and Lisa Page reveal that the agency’s top brass was considering appointing former U.S. Attorney Patrick Fitzgerald as a special counsel in the Hillary Clinton email investigation.
The idea is pitched in a March 2016 exchange between Strzok and Page – relatively early on in their investigation into Hillary Clinton’s mishandling of classified information. Of note, Attorney General Loretta Lynch or one of her deputies would have had to make the ultimate decision to appoint a special prosecutor to look into the “matter.”

“Thought of the perfect person [FBI Director James Comey] can bounce this off of?” Strzok wrote to Page in a March 18, 2016 text. “Pat….You got to give me credit if we go with him….And delay briefing him on until I can get back and do it, Late next week or later.”
“We talked about him last night, not for this, but how great he is,” Page responded.
“I could work with him again….And damn we’d get sh*t DONE,” Strzok wrote.

judiciary.senate.gov
Strzok noted that Fitzgerald was brought in by Comey as a special counsel in the investigation into who leaked the identity of CIA agent Valerie Plame.
thefreethoughtproject.com/newly-released-text-messages-reveal-fbi-wanted-investigate-clinton-feared-wrath/
Considering the string of dead bodies she’s left behind her, that’s a very valid fear.

IT’S HAPPENING. CNN has accepted defeat and is changing course. They no longer want to swim against the tide. 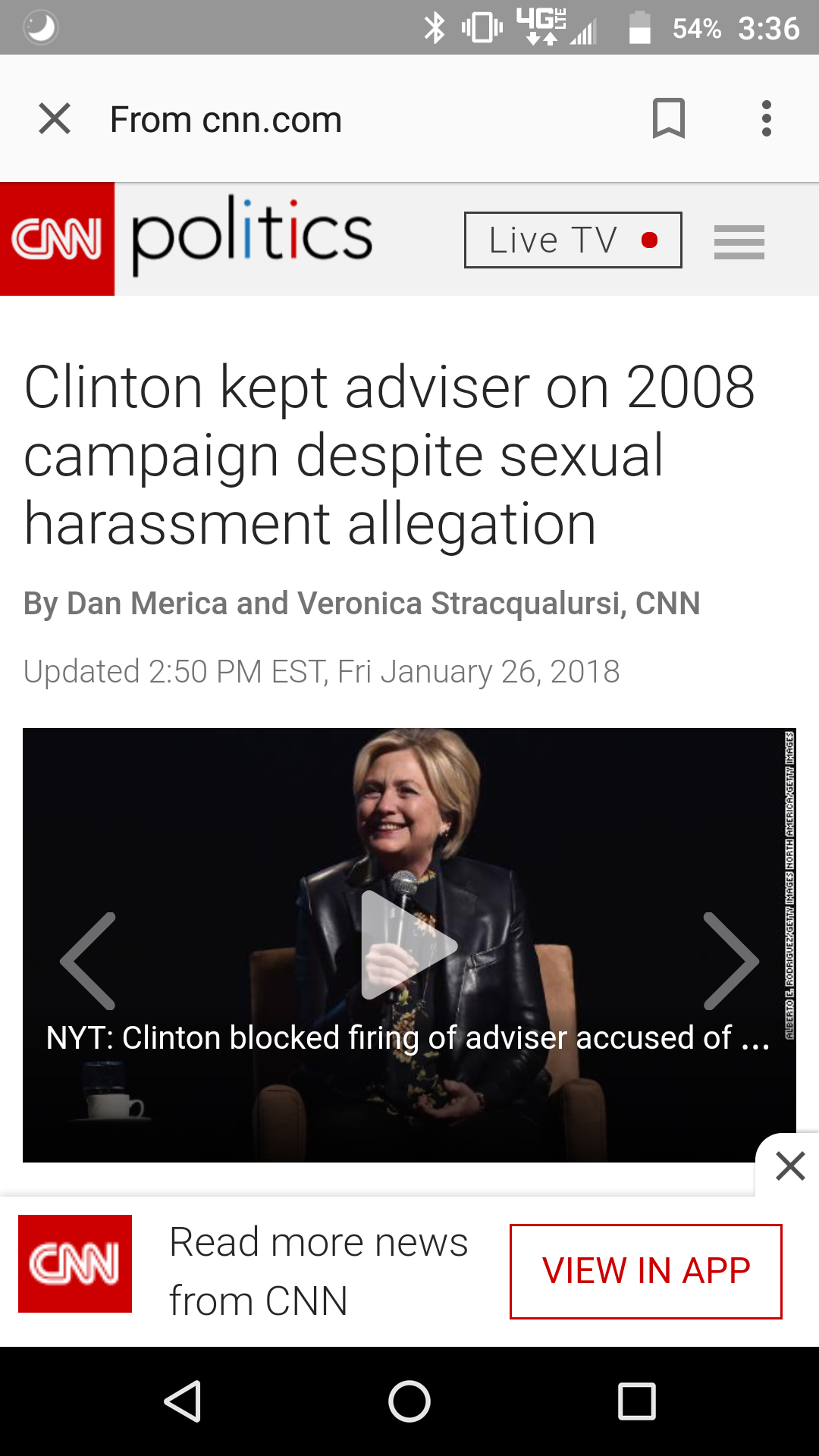 Hillary Clinton’s “faith adviser” was accused of sexually harassing a younger woman he shared an office with. Campaign wanted to fire him. Hillary said no.

WASHINGTON — A senior adviser to Hillary Clinton’s 2008 presidential campaign who was accused of repeatedly sexually harassing a young subordinate was kept on the campaign at Mrs. Clinton’s request, according to four people familiar with what took place.

READ  LOL! Jim Acosta should be EMBARRASSED to Show his Face on TV after These Ratings were Released

Mrs. Clinton’s campaign manager at the time recommended that she fire the adviser, Burns Strider. But Mrs. Clinton did not. Instead, Mr. Strider was docked several weeks of pay and ordered to undergo counseling, and the young woman was moved to a new job.

Mr. Strider, who was Mrs. Clinton’s faith adviser, a co-founder of the American Values Network, and sent the candidate scripture readings every morning for months during the campaign, was hired five years later to lead an independent group that supported Mrs. Clinton’s 2016 candidacy, Correct the Record, which was created by a close Clinton ally, David Brock.

He was fired after several months for workplace issues, including allegations that he harassed a young female aide, according to three people close to Correct the Record’s management.

Mr. Strider did not respond to multiple requests for comment.