Last October, when Netflix reported stellar Q3 earnings and guidance there were many skeptics who said there is no way Netflix could possibly hit its impressive forecasts. They were right, because moments ago the video streaming company reported Q4 earnings which missed on revenue and revealed light guidance for Q1 even as it reported strong subscriber numbers.

See also  Everything Must Go! The American Car Dealership is for Sale…

Specifically, Q4 EPS was $0.30 (which included a $22MM non-cash gain on FX remeasurement of Euro-denominated debt), well below the $0.41 reported a year ago if slightly above consensus expectations of $0.24. Revenue of $4.187BN however came in light, missing expectations of $4.21 billion. The revenue miss, according to Bloomberg, “is a sign that all those new shows and movies that Netflix is churning out isn’t drawing enough new paying subscribers.”

See also  Former Vice President Biden admits he has handlers for literally everything he does. This is out of control. 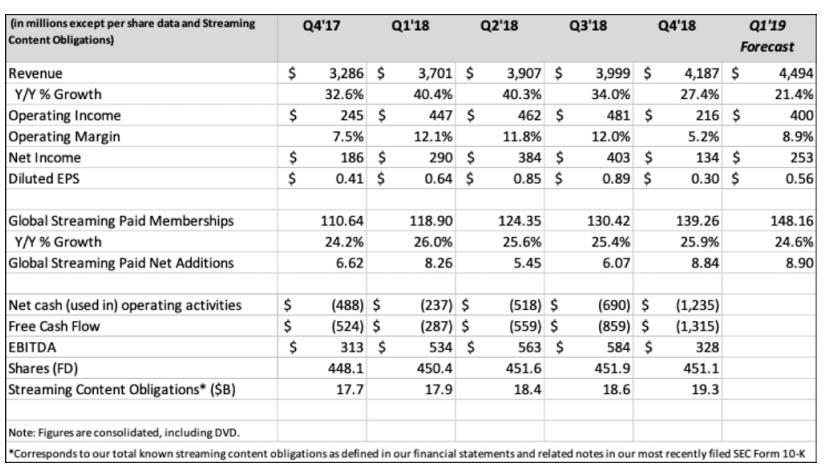