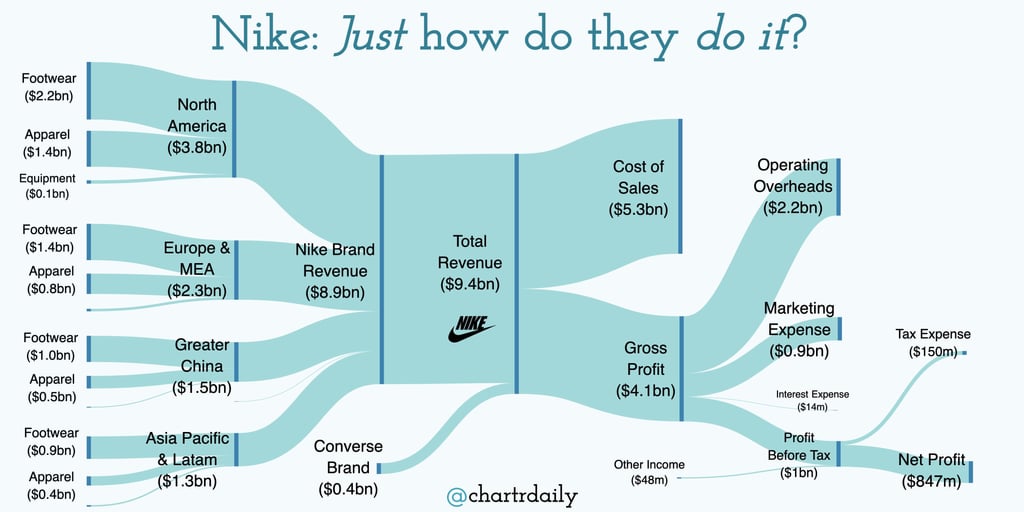 Made this in response to the generally positive feedback on the Apple one I did previously. Thought Nike was an interesting company to visualise.

Hilariously, in their SEC filing they spent $900m on what they called “Demand Creation Expense”. I have called this marketing because… what on earth.

But yeah pretty interesting. I didn’t know they were so reliant on footwear (like 60% of sales). Also they make probably the best gross margin in the industry. Also had no idea they owned converse.