Out of all OECD countries, Ireland has the highest percentage of its native-born population living overseas. Even though Ireland has started recovering from the devastating impact of the financial crisis, emigration remains high with 35,300 people leaving in the 12 months to April 2015. This was a 13 percent drop on the previous year where 40,700 Irish people moved overseas. An OECD analysis has shown that one in six Irish-born people now live abroad. 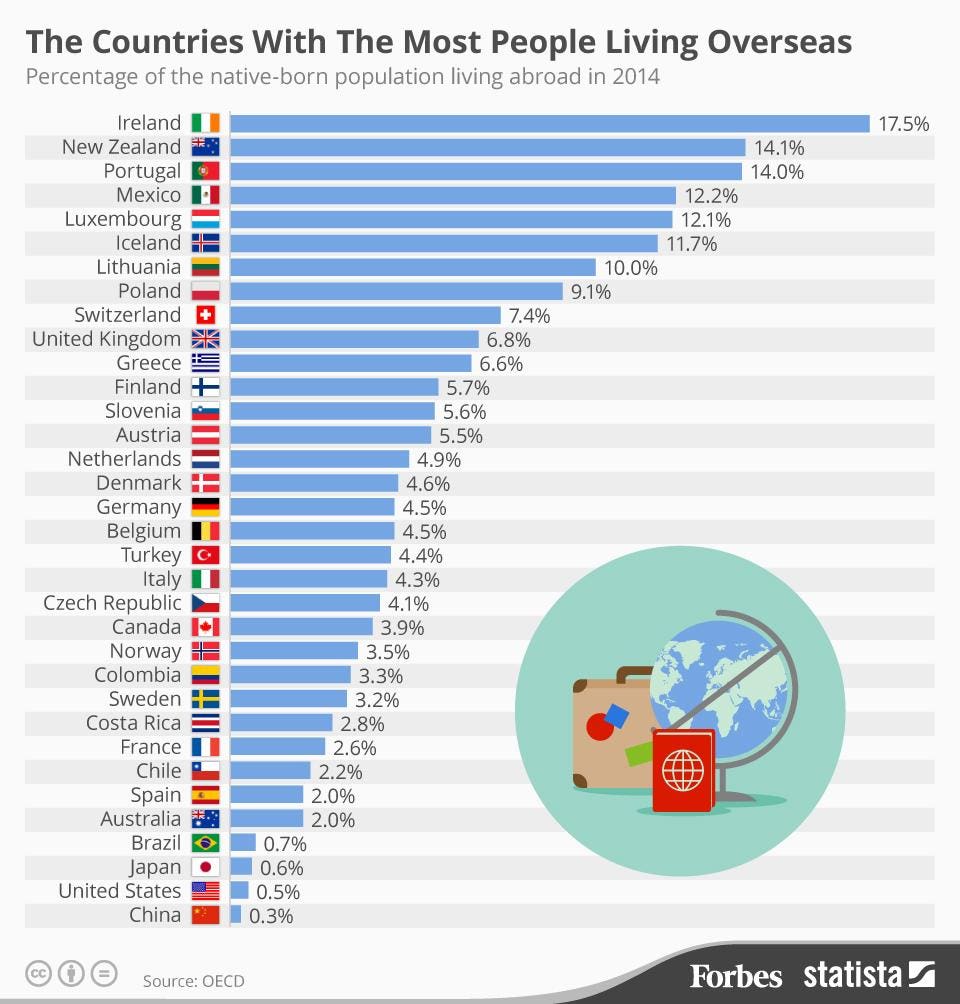