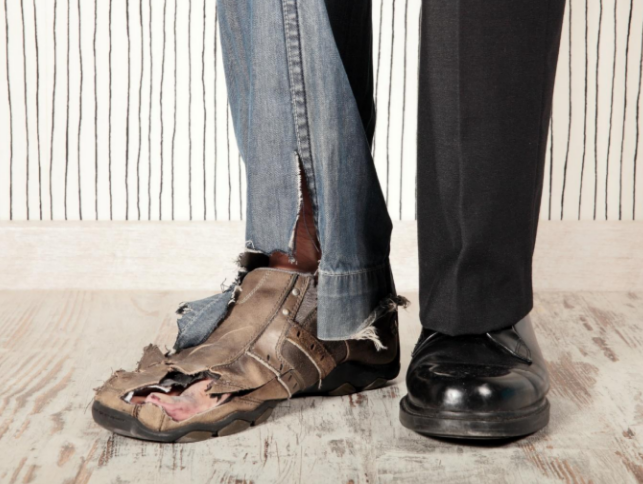 Is a global recession imminent? According to a recent report by Swiss bank UBS, wealthy investors throughout the world are holding onto their cash in readiness for possible turmoil in 2020. More than half of those surveyed predict recession within the next twelve months, while almost all are concerned about the ongoing US-China trade war. Issues such as Brexit, meanwhile, are hardly likely to promote spending on a large scale.

Whether holding on to cash or deleveraging investments, the preservationist behavior of high net-worth individuals is instructive. Just recently, we learned that Warren Buffett’s Berkshire Hathaway is sitting on a veritable mountain of money: $128 billion, to be exact, up from $122b in the last quarter and the conglomerate’s biggest cash pile to date. To put the figure in perspective, Berkshire Hathaway’s cash holdings were just $23b a decade ago.

If investment impresario Buffett is wary about making a major purchase, his circumspection appears to have trickled down to the everyday American consumer. According to a Fortune and SurveyMonkey poll of 10,000 citizens, 66% of them reckon a recession will hit sometime next year, and 35% have made changes to their finances to prepare for the downturn. Considering healthy consumer spending has thus far kept us out of recession, such a dim outlook is cause for concern.

One person sounding a more optimistic note, but still subtly suggesting the possibility for imminent doom, is former Federal Reserve Chair Janet Yellen. While she contends that recession won’t hit in 2020, she recently expressed concern that the growing wealth gap and US-China trade tensions represent serious threats to economic stability. The odds of a recession, she said, are therefore “higher than normal.”

With US growth domestic product growth having slowed to 1.9% in the third quarter, and exports and private investment down 7.5% and 1.5% respectively, some would argue that Yellen is underselling the problem.

Speaking of the US Fed, it pumped over $200 billion into the financial system in September, its first such intervention since the 2008 crisis. The Federal Reserve’s cash injection was said to be a reaction to the increase in the cost of borrowing, but some are predicting a crunch, saying the surge in interest rates caught the Fed off-guard. More worrying still is the idea that the market is back to depending on the Fed’s hypodermic needle, filled to the plunger with freshly-minted money.

Needless to say, the Fed’s stance is “Nothing to see here,” as they’ve moved to dismiss comparisons to the three rounds of quantitative easing during the last crisis. These latest machinations, they say, are purely about stabilizing short-term rates. But Ray Dalio, head of the world’s largest head fund, describes the current financial system as “broken” and insists the world is “approaching a big paradigm shift.”

Whatever the case may be, the pressure on growth stemming from investor uncertainty, trade wars (and consequent tariff hikes), artificially pumped markets, the rise of populism and crazy inflation rates is difficult to ignore. In fact, the smell of fear is palpable in the markets.

The Search for Stable Currency in an Unstable World

So where does cryptocurrency come into all of this? Bitcoin’s had a hard time of it lately, but many believe that an economic slowdown could actually provoke a bull run in the cryptosphere. Of course, some coins are more “stable” than others. The glut of stablecoins that have permeated the cryptoconomy, including Tether (USDT), USDC, and Maker’s crypto-collateralized DAI and SAI, have been joined by Saga (SGA), a novel stablecoin intended as a global digital asset. Which is to say, it aims to be the currency of choice in a globalized, friction-free world, a reliable alternative to fiat-backed or pegged stablecoins.

Distinct from other stablecoins, Saga favors a monetary model wherein a fiat reserve is used as a stabilizing mechanism, before the total supply diminishes and diverges from the basket of international currencies it will initially be backed by. This model is the fruit of interdisciplinary effort by economists, historians and technology specialists, and Saga is convinced it will permit growth in an increasingly fraught market.

While a recession is by no means a foregone conclusion, the mood music is hardly uplifting. Stable digital assets that are not tethered to a single fiat currency are well-positioned to capitalize from any fallout, but they will have to demonstrate greater immunity to the vagaries of trade wars and political upheaval than the legacy currencies. Whatever the outcome, 2020 is shaping up to be a pivotal year for the global economy.