“In progressive societies the concentration [of wealth] may reach a point where the strength of number in the many poor rivals the strength of ability in the few rich; then the unstable equilibrium generates a critical situation, which history has diversely met by legislation redistributing wealth or by revolution distributing poverty.”

Will and Ariel Durant, The Lessons of History

“People of privilege will always risk their complete destruction rather than surrender any material part of their advantage. Intellectual myopia, often called stupidity, is no doubt a reason. But the privileged also feel that their privileges, however egregious they may seem to others, are a solemn, basic, God-given right. The sensitivity of the poor to injustice is a trivial thing compared with that of the rich.”

“The world is ours, we are its lords, and ours it shall remain. As for the host of labor, it has been in the dirt since history began, and I read history aright. And in the dirt it shall remain so long as I and mine and those that come after us have the power.

There is the word. It is the king of words— Power. Not God, not Mammon, but Power. Pour it over your tongue till it tingles with it. Power.”

Tsar Nicholas II: I know what will make them happy. They’re children, and they need a Tsar! They need tradition. Not this! They’re the victims of agitators. A Duma would make them bewildered and discontented. And don’t tell me about London and Berlin. God save us from the mess they’re in!

Count Witte: I see. So they talk, pray, march, plead, petition and what do they get? Cossacks, prison, flogging, police, spies, and now, after today, they will be shot.   Is this God’s will?   Are these His methods?   Make war on your own people?   How long do you think they’re going to stand there and let you shoot them?   YOU ask ME who’s responsible?  YOU ask?

The US is indicated in red.   It is surprisingly low in disposable household income and rather high in income inequality.

It is not two much of a stretch to say that the US is now divided into two nations, not entirely separate but increasingly unequal.

Not only will there be no sustainable recovery until more of the income is given to the labor of production and the locus of consumption, but the badly strained social fabric may not hold together.

Financialization and Healthcare, which includes Big Pharma, have been taking an increasingly disproportionate share of the real economy right off the top.

And they do so with the effect of distributing the bulk of their profits to the one percent through ownership and dividends. 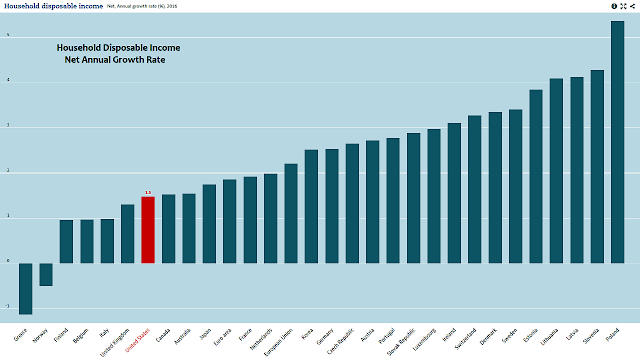 Real household net disposable income is defined as the sum of household final consumption expenditure and savings, minus the change in net equity of households in pension funds. This indicator also corresponds to the sum of wages and salaries, mixed income, net property income, net current transfers and social benefits other than social transfers in kind, less taxes on income and wealth and social security contributions paid by employees, the self-employed and the unemployed. Household gross adjusted disposable income additionally reallocates “income” from government and non-profit institutions serving households (NPISHs) to households to reflect social transfers in kind. 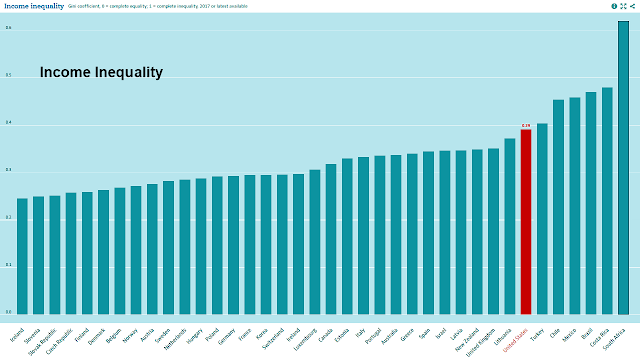 Income is defined as household disposable income in a particular year. It consists of earnings, self-employment and capital income and public cash transfers; income taxes and social security contributions paid by households are deducted. The income of the household is attributed to each of its members, with an adjustment to reflect differences in needs for households of different sizes. 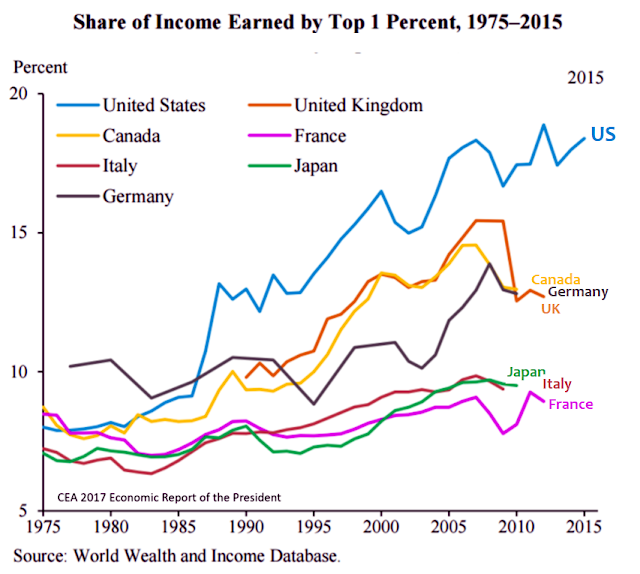