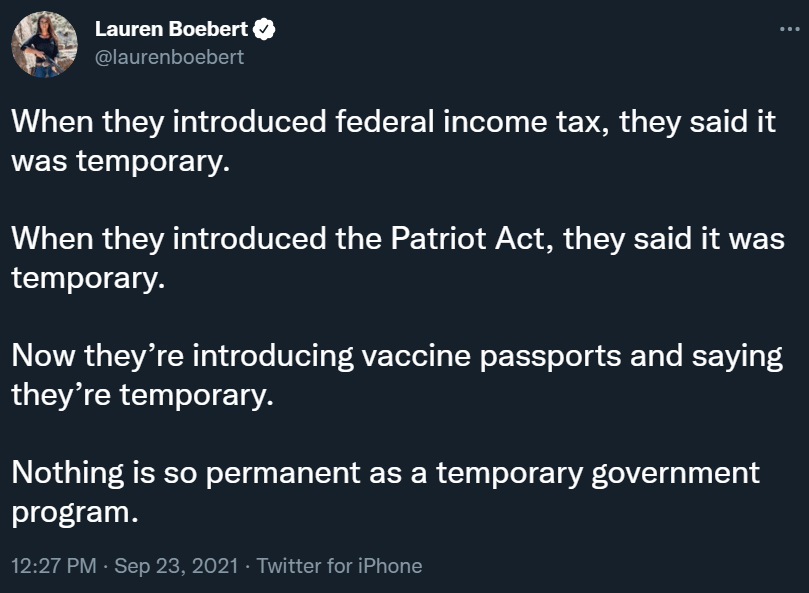 Be suspicious any time time gov’t tells you they need to do something unconstitutional but not to worry, it’s for your own good and it will only be temporary.

No government ever voluntarily reduces itself in size. Government programs, once launched, never disappear. Actually, a government bureau is the nearest thing to eternal life we’ll ever see on this earth! – Ronald Reagan

Abraham Lincoln signed into law the first income tax – The Revenue Act of 1862 – appointing George S. Boutwell to the office of Commissioner of Internal Revenue. The Act was passed as an emergency and temporary measure to help fund the war, and it was supposed to terminate in 1866.

See also  Shocking Numbers Show Government Crowding Out Real Economy
See also  Fiat currency will surely be replaced by this. So glad it's not controlled by the government!

The Patriot Act was passed under the presidency of Georges W. Bush by the American Congress after the attacks of September 11, 2001. If, at first, it was to be an exceptional law and last only 4 years, the reality was different.