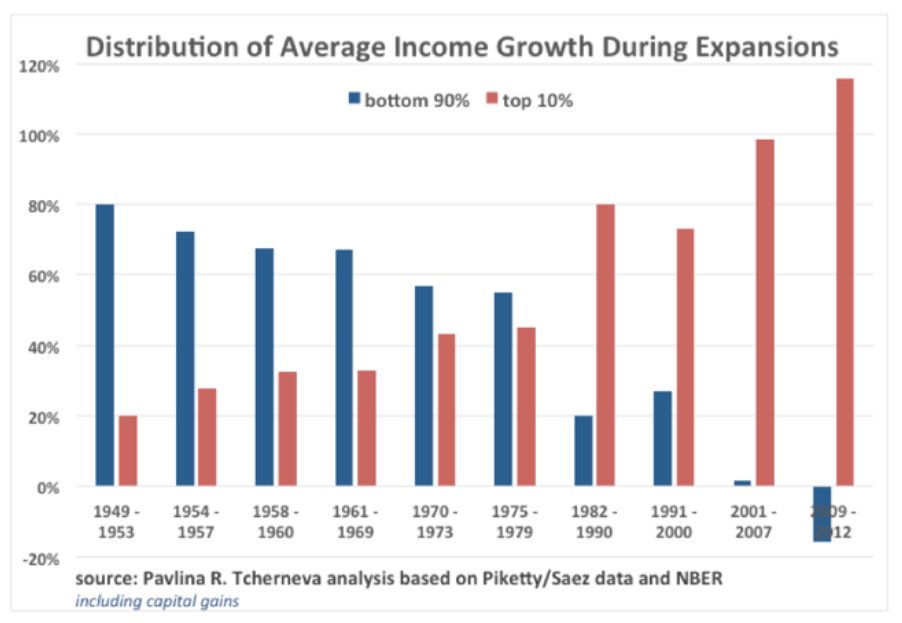 Six Ways US Stocks Are The Most Overvalued In History

Their 25-page presentation makes a compelling case, with numerous charts. It’s worth your time to download and investigate the report.
Six Ways Socks Most Overvalued in History

nothing to see here pic.twitter.com/ErtBpGruzp

No Risk Of #Recession? Unfortunately, by the time most investors figure it out – it is generally far too late to do anything meaningful about it – Dec. 9 @LanceRoberts t.co/5OCT676qSf pic.twitter.com/pc1NbrsjRr

First-time homebuyers on the rise, and they're tapping FHA, VA, and USDA loans, as well as using mortgage insurance (MI) @WSJ @Genworth pic.twitter.com/U5nWMVJzs7

We have depression level interest rates, we have boom time equity and real estate values and we have graveyard level volatility – and this all at the same time.

Q: Is there no way out?
Grant: I could suggest something utterly implausible, but not utterly impractical: A worldwide monetary conference to move toward fixed exchange rates and to reinstitute a fixed standard of value which would be gold. That would get currency exchange rates out of the realm of international competition. The idea would be that we, instead of moving around exchange rates and interest rates to fix problems, actually fix the problems. In the past thirty or more years, what we have done collectively with respect to money is to treat interest rates and asset prices as instruments of national policy rather than as prices to be discovered by the market place.

998 views
READ  Fed Money Printing Does Not Create Wealth...It Only Destroys The Wealth & Prosperity of The Country
READ  Lynette Zang: RATES RISING, STOCKS FALLING – Will Inflation Save Us?

6 thoughts on “Nothing To See Here: Wealth Inequality Explodes, Bottom 90% Will Die Broke; Stocks Are The Most Overvalued In History”