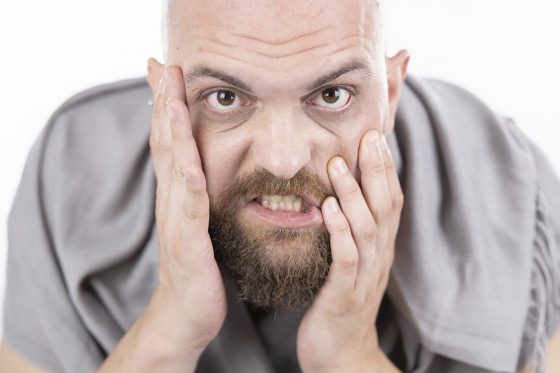 We crossed a line that should have never been crossed when we sent “stimulus payments” directly to the American people during the very early stages of the COVID pandemic.  Even many Republicans that supported the measure acknowledged that what they were doing was pure socialism, but they defended the payments by insisting that we were in the middle of a major national emergency.  At the time, I warned that once the government started issuing such checks, the American people would always keep demanding more.  When it was announced that the latest round of “stimulus payments” would only be $600 per person, angry activists vandalized Nancy Pelosi’s house.  Of course they got Mitch McConnell’s house too.  In both cases, the vandals made it exceedingly clear that they wanted more government money.

Sadly, it wasn’t just a handful of activists that went ballistic.  Literally millions of enraged Americans posted angry messages on social media that expressed how “insulting” the $600 figure was.

But prior to this pandemic, the U.S. government had never sent out “universal basic income” checks in the entire history of our country.

So you would think that most people should be grateful for an extra $600, but instead there was a tremendous amount of rage.

President Trump wanted the payments raised to $2000 and many Democrats did as well.  But Republicans still had control of the Senate, and Mitch McConnell initially blocked that effort.

But now Democrats will shortly have control of the White House, the Senate and the House of Representatives, and one of the first things they plan to do is to deliver $2,000 checks to the American people…

Even while $600 stimulus checks are being deposited in tens of millions of bank accounts, congressional Democrats are laying the groundwork for even greater stimulus payments, which some call “survival checks.” As Senate democratic leader Chuck Schumer (D-NY) recently said, “One of the first things that I want to do when our new senators are seated is deliver the $2,000 checks to the American families.” With Democrats preparing to take power in Washington, a critical question will be whether such survival checks will be one-time payments or recur each month “for the duration of the pandemic,” as Senator Ed Markey (D-MA) and others have suggested.

That may pacify the socialist mobs for a month or two, but eventually they will be back for even more payments.

As the voices get angrier and angrier, do you think that anyone in Washington will be willing to stand up and say no?

The incoming Vice-President, Kamala Harris, previously proposed giving out monthly $2,000 checks for the duration of this pandemic…

Recurring monthly $2,000 checks would mirror the payments proposed in the “Monthly Economic Crisis Support Act” that Vice President-elect Kamala Harris (D-CA) introduced in the Senate in May 2020.

If you are married with three kids, you would have gotten $10,000 every month under her plan.

Considering where we are as a society today, I think that most Americans would have been very eager to sign up for that.

Of course the price tag for such a plan would be nightmarish.  It would have been approximately $600 billion every month, and that would mean that it would add more than 7 trillion dollars to our national debt over the course of an entire year.

But since we are liquidating the Republic anyway, who really cares?

Harris insisted that her plan would end once the crisis was over.

Other politicians, however, are ready to start giving citizens “universal basic income” checks on a permanent basis starting right now.  For example, Andrew Yang is making this the signature promise of his campaign as he runs for mayor of New York City…

Former 2020 Democratic presidential candidate Andrew Yang has officially started his run to succeed Bill de Blasio as Mayor of New York City with a call for a universal basic income for half-a-million of the city’s poorest residents.

“We can eradicate extreme poverty in New York City,” Yang said. “If you put just a little money in their hands it can actually be what keeps them in their home and, again, avoids them hitting city services that are incredibly expensive.”

That sounds good, but who is he going to tax in order to pay for it?

After all, hundreds of thousands of wealthy people already left the city during 2020.

The truth is that it is a pipe dream, but that pipe dream is going to win him a whole lot of votes.

Benjamin Franklin once made the following statement…

“When the people find that they can vote themselves money that will herald the end of the republic.”

Sadly, we have now reached that point.

And this comes at a time when tens of millions of Americans are in desperate need because the real economy continues to implode all around us.

For example, we just learned that Christopher & Banks has gone belly up…

Apparel retailer Christopher & Banks, which caters to women over 40, is the latest clothing chain to file for bankruptcy protection amid the coronavirus pandemic.

The Minneapolis-based company announced Thursday it filed for Chapter 11 in the United States Bankruptcy Court for the District of New Jersey. Christopher & Banks said in a news release it “expects to close a significant portion, if not all, of its brick-and-mortar stores.”

Thousands of businesses have been dying every month.  As I discussed the other day, the U.S. has lost more than 110,000 restaurants alone.

And to make sure that most of the businesses that have died can never possibly make a comeback, Joe Biden wants to institute “a national minimum wage of $15 an hour”.

Promising people more money is a great way to win elections, but at the end of the day someone always has to pay.

As the U.S. economy continues to come apart at the seams, finding sources of tax revenue will become increasingly difficult.

Perhaps the big tech companies can step up and offer to dramatically enlarge their contributions to the U.S. Treasury.

After all, they were quite instrumental in giving control of the federal government to the Democrats, and so you would think they should be quite willing to help pay for their promises.