RUSH: Sean Davis at The Federalist has this little story just cleared.  “A top National Security Council (NSC) official who listened to President Donald Trump’s July 25 phone call with Ukrainian President Volodymr Zelensky testified to Congress today that he did not believe Trump had discussed anything illegal during the conversation. ‘I want to be clear, I was not concerned that anything illegal was discussed,’ former NSC Senior Director for European Affairs Tim Morrison testified today, according to a record of his remarks obtained by the Federalist.” 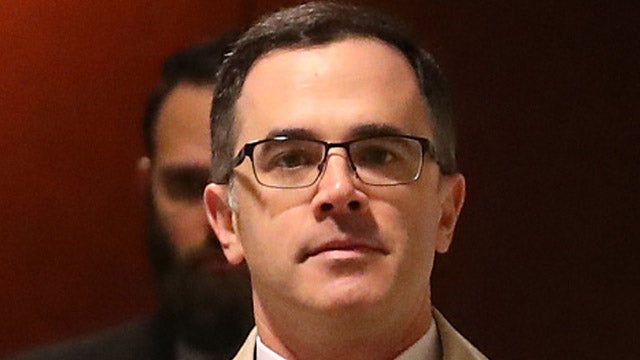 Folks, I’m telling you.  This is why it’s a trap to respond to these allegations by trying to defend them item by item because that’s not what these are.  This is part of a never-ending series of attempts by John Brennan and Obama to derail Donald Trump.  When one fails, they launch the next one.  So Trump-Russia collusion bombs out.  This whistleblower, this Ukraine phone call? This is another.  This guy gets fired from the White House ’cause he’s leaking; he goes back over to the CIA.

He’s the whistleblower?  He’s the guy with automatic credibility?  This just stinks to high heaven!  There’s nothing authentic about this.  Now, I understand — and it frustrates the hell out of me. I understand when people say (like my buddy Andy McCarthy), “The White House better have a substantive answer to the charge.” (big sigh) My problem is this charge is bogus!  How do you have an answer to a bogus charge other than, “Your charge is bogus!  There’s nothing illegal on this phone call!  I don’t have to defend it to you!”  That’s just me, though.