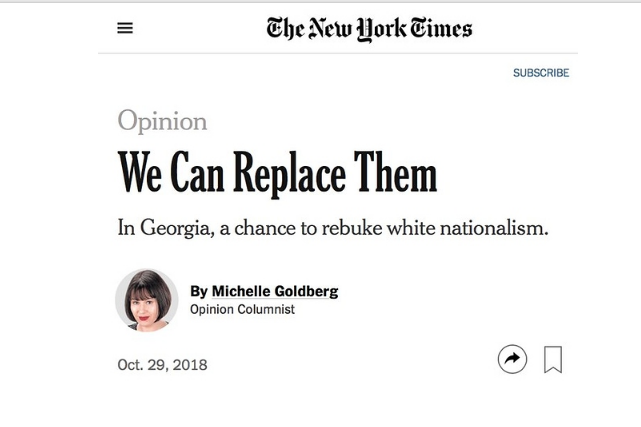 President Trump gave a lengthy interview to Axios, during which he announced his plan to basically annihilate the whole anchor-baby thing, i.e. to issue an executive order aimed at repealing birthright citizenship. This is a very interesting concept, don’t you think?

This is a yuuge October surprise if you ask me, and the respective idea is probably aimed at boosting the Republican fan base’s enthusiasm for the midterm elections. To make a long story short, Trump said during the interview that:  “It was always told to me that you needed a constitutional amendment. Guess what? YOU DON’T!”

This is cute, from a certain point of view at least, but wrong in practice, as in “in real life”. I mean, yes, this could be the most important executive-order which he ever issues. It would need an actual bill signed into law, but he has the right idea. And everything depends on the midterms result. If the Republicans maintain control over Congress, this may happen at some point in time. In theory, I mean. Obviously, it would take for like 10 seconds for the 9th Circus or some random activist-judge from Hawaii or wherever to issue an injunction on Trump’s anchor-baby executive-order, just like they did on numerous occasions previously. The Travel-Ban extravaganza comes to mind.

This time is a little bit different, because the SCOTUS is stacked with “our guys”. Hence, it will be for the SCOTUS to decide, and…well, you see where this is going. By the way, Lindsey Graham applauded Trump’s decision, and has said on Tuesday that he’s ready to introduce legislation to address the issue of anchor-babies, which makes for an absurd policy in his view.

The United States is one of two developed countries in the world who grant citizenship based on location of birth.

This policy is a magnet for illegal immigration, out of the mainstream of the developed world, and needs to come to an end.

In addition, I plan to introduce legislation along the same lines as the proposed executive order from President @realDonaldTrump.

So, yes, things are getting interesting and this is doable, with a little help from those boneless Republicans. The real prize would be retroactively stripping birthright citizenship. Why not dream big?

Here’s the thing: an amazing miracle could happen next week. The Republicans might gains seats in both houses.

That would be the end of the Democratic Party; furthermore, it would guarantee that 2 more Justices would be appointed by Trump, and that would be the final nail in the coffin for the Progressive era. In such a scenario, I predict the Democrat party will split into 3 different groups: The left of left Socialist radicals, those who want all White men dead (8% of the party and the news media), the welfare idiots (15% of the party), and those who are normal people who did not see how radical their party has gotten (77%).

We have foreigners (mainly Chinese and people from Arab countries) who are 8 1/2 months pregnant paying 60 grand to get on a plane, fly to the US, pop out a kid in a hotel room, and their kid is an instant US citizen.  If they have health problems during delivery, they call an ambulance to take the mom to a local hospital, with no insurance and no means to pay. If the kid is born with birth defects, it is abandoned as the mother then gets on a plane and flies home. This is a well-known story in medical circles from all around the country.

With one exception, no other Western country does the anchor baby shtick, and its time we stop too.

Finally, I think Congress needs to speak on this question of the Rule of Naturalization. Much as we like Daddy, he would be using an executive order to overturn the Supreme Court, and I don’t think even Kavanaugh is going to go for that one. 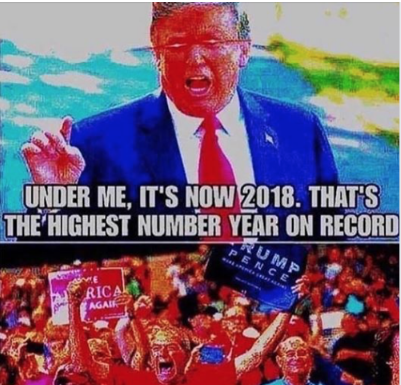 See also  Donald J. Trump: "I Was Right" (June 12th, 2021): "Have you noticed that they are now admitting I was right about everything
See also  9 out of the 10 House Republicans that voted to impeach Trump are now facing primary challenges.
4,079 views