New Zealand is nuts; genuinely goofy and insane in their fear of a COVID virus with a 99% recovery rate.  If you haven’t watched their rules and regulations as described in the nation of 5 million, you are missing the opportunity to watch government officials who really believe that COVID-19 is an extinction level event for planet earth. 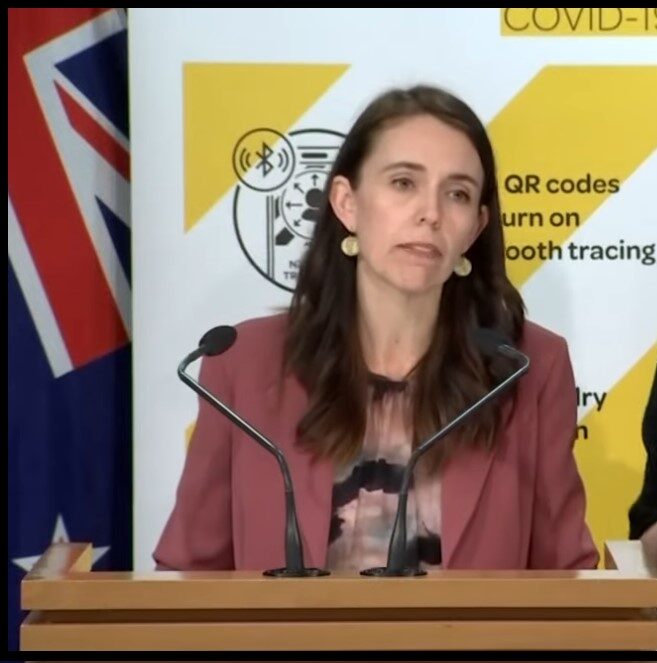 I was going to share this yesterday but other research became distracting. However, while I listened to the daily briefing in the background, I could not stop myself from laughing at moments of great seriousness as New Zealand Prime Minister Jacinda Ardern extended an Alert Level 3 lockdown in Auckland.

The government of New Zealand acts like COVID-19 is a raging swarm of dragons circling the country waiting to snatch people out of their safe places.

Apparently, most of the country believes the panic and fear that has been pushed, and they tremble with cowed obedience to the regime.

Keep in mind, free-range people have been arrested attempting to sneak around perimeter checkpoints -staffed by armed military units around Auckland- as the rebels try and purchase black market Kentucky Fried Chicken or McDonald’s fast food; which is prohibited in Auckland due to COVID restrictions that have shut down everything including restaurants for months.

The McDonalds smuggler was arrested after he posted a picture of himself eating a Big Mac on Instagram inside the lock-down zone and the COVID police noticed.  Moments later, knock – knock.

Yesterday, Prime Minister Jacinda Arden, a woman with the disposition and general presentation of a Lipizzaner stallion, announced that her cabinet decided to abandon their years long goal of COVID-zero.   They would no longer attempt to have zero cases, instead… almost two years later… they have decided to try and manage the virus.  The announcement to change directions came straight from the horse’s mouth.

As a result of their change in direction, Prime Minister Arden has decreed that some people will be allowed to leave their lock down houses to see another family member; but strict rules must be followed or the citizen will be arrested.  New Zealanders will be permitted to visit one household of a family member at a time.  They must remain outside at all times, they must remain wearing masks and being socially distant, but they are permitted to see and talk to them.  This is a time for great celebration.

See also  Covid Authoritarians Are The Cause Of America’s Problems, Not The Unvaccinated

Listen to the new approved activities soon to be authorized by the government; and remember – almost everyone in this nation is complying with this stuff.  Apparently none of this seems like madness to the people living there.  Someone once told me that fish don’t know they are in water… in this situation that metaphor is apropos.

If you have the opportunity, inclination and time to watch part of the daily briefing, I have cued this video to the point of discussion that pertains the most.  Watch and listen to how deliberate and serious Arden is in her presentation of the new COVID rules.  Once again, I wonder if New Zealand citizens have access to the internet and can see how totally ridiculous this seems to everyone else.