A PBS Frontline video from Obama’s time in office inadvertently proves that separating families of illegals didn’t begin with President Trump. In fact, from the 19:00 point in the PBS film “Lost in Detention” transcript featuring Pres. Obama’s top advisor on immigration, Cecelia Munoz said, “THEY DON’T HAVE TO LIKE IT” referring to kids being separated from their parents. The Democrats and the media have forgotten this…

Cecelia Munoz on enforcing the immigration laws: “What Pres. OBAMA is doing is enforcing the law of the land. That’s our obligation as the federal government. … Congress passes a series of laws, appropriates the funds to enforce those laws, and the executive branch’s job is to enforce them”

THE FRONTLINE INTRODUCTION CLAIMS OBAMA HAD A ‘GET TOUGH POLICY’ ON IMMIGRATION: More than one million immigrants have been deported since President Obama took office. Under his administration, deportations and detentions have reached record levels. The get-tough policy has brought complaints of abuse and harsh treatment, including charges that families have been unfairly separated after being caught in the nationwide dragnet. The administration has promised to make the detention system more humane, and more selectively target the most serious criminals. But it faces Republican critics urging stricter measures — and a growing backlash among Latino voters, a key 2012 electoral force. In a co-production with the Investigative Reporting Workshop, correspondent Maria Hinojosa investigates Obama’s enforcement strategies and journeys into the secretive world of immigrant detention, with a penetrating look at who is being detained and what is happening to them.

If you happened to watch the video then you know that the detention and separation of families isn’t new. Whether it happens at the border or later! The question that should be asked after watching the video full of pro-illegal propaganda is… DO WE ENFORCE LAWS AGAINST ILLEGAL ENTRY OR NOT? More importantly, how is this the fault of President Trump?

THE BEST PART OF THE VIDEO: The Center for Immigration Studies’ Mark Kirkorian had the most common sense answer of the entire video: 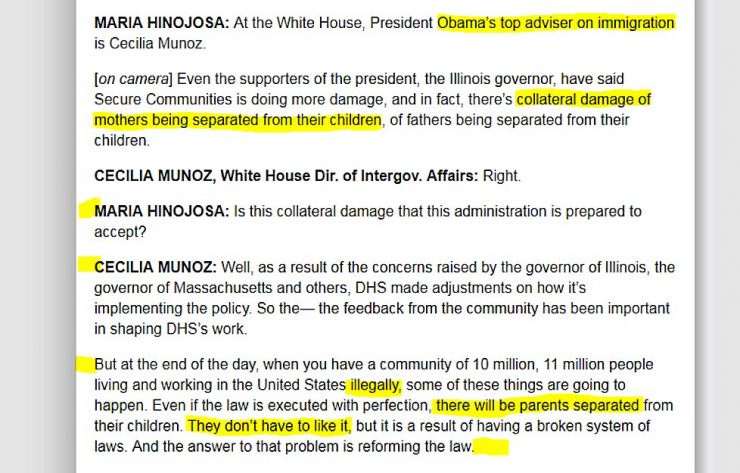 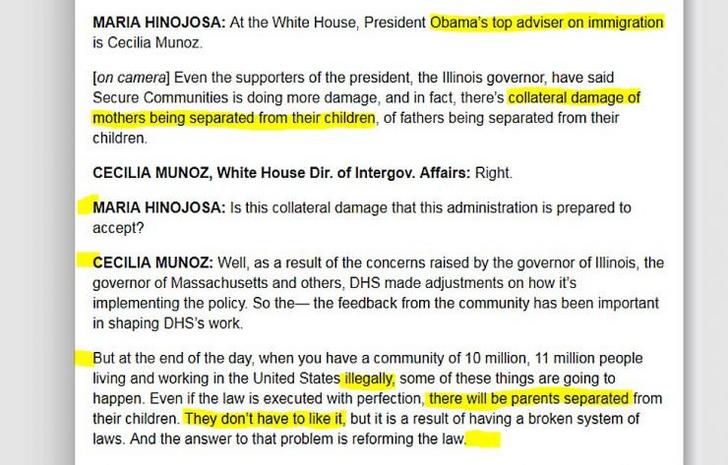 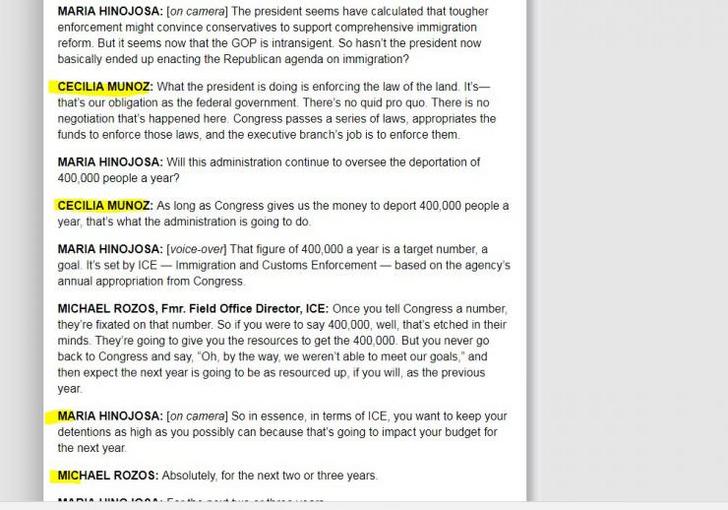 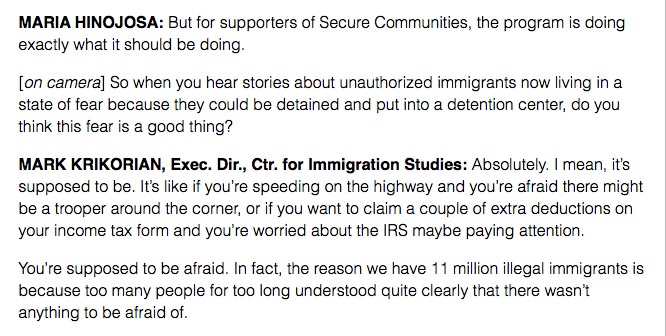 SOUTHWEST BORDER APPREHENSIONS ARE OFF THE CHARTS:

At what point do we ignore the cries from the left against enforcing the laws already on the books to deport the people who broke the law by coming across our border? The propaganda surrounding this topic is off the charts with the “don’t separate families” mantra. The truth is that the open borders organizations have deep pockets and are determined to stop ANY deportations of illegals.

They would have us believe that it’s wrong to have closed borders and a sovereign nation. Their policy is dangerous to America and is financially unsustainable! BUILD THE WALL!

Here is the transcript.

HEY LIBERALS! THIS WHISTLEBLOWER IS A HERO: Obama’s HHS Refused to Rescue Alien Minors It Placed with Criminals

It’s about time… finally someone does a great job of explaining why President Trump’s plan is 100 times better and safer than Obama’s plan. Hopefully, whistleblower Jason Piccalo will go on TV and start screaming this to the public. I hope he gets on Hannity or Tucker Carlson to show what has happened to many children during the Obama Administration. This is important!

It was an existing law, libs refuse to acknowledge it.

Even after Trump signed the executive order to stop it, media covered it for like four seconds.