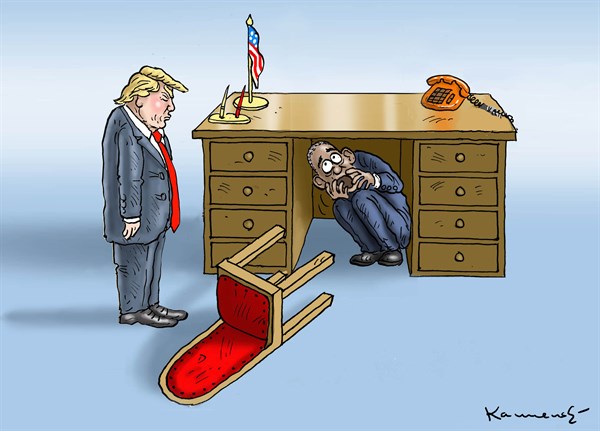 With new information coming from the Don Jr emails we now have a clearer picture of how Obama used his loyalists in the FBI to wiretap and conduct surveillance on the Trump campaign. Let us go step by step to see exactly how this was set up. It is actually quite brilliant.
The Bait
In essence Obama needed something to give the FBI an excuse to wiretap the Trump campaign. Enter Natalia. The Russian lawyer that Don Jr met who had information that was supposed to be “straight from the Kremlin”. Please note that this loyal agent of mother Russia who has been entrusted with its deepest, darkest secrets regarding the misdeeds of Hillary Clinton in Russia had anti – Trump rants in her facebook page. Wait a minute? I thought the Russians loved Trump and wanted him to win? Why would their chosen agent post messages like this? Why would their agent be against Trump? I thought Russia was dying for him to win. It is also strange that the attorney general, who met with Bill Clinton during the investigation and requested that specific terminology be used to describe the investigation, gave an exception for this russian spy to get in the country.
This would never hold up in open court but the Obama administration never expected it to get that far. They were arranging things for Clinton to win after all. All that mattered is that it gave the FBI justification to request for a FISA warrant. Please note that the Russian narrative is only a bonus. The Obama administration expected to be successful in fixing the election. The primary reason for the trap is the justification for the FISA warrant. The Russia thing only became useful when they lost.
The Trap
As mentioned earlier the evidence would never hold up in open court but the FISA court is not an open one. It is a secret court which acts as a rubber stamp to give intelligence agencies a veneer of accountability when conducting surveillance on American citizens. It has only declined 11 out of the 35000 requests it has received. Despite this Obama had to file 2 requests and have them rejected before they shopped around for a friendly judge to give them authorization to spy on the Trump campaign.
The Spoils
Once you have the authorization to spy on the opposing campaign all that is left is to analyze and disseminate the information. To facilitate this two things have to be achieved. First the information should be as easy as possible to understand and second as many people as possible should be able to see the information as possible. The Obama administration achieved this by changing the rules to allow as many people as possible would have the opportunity to see and leak the documents and by having Susan Rice request to unmask the documents.
Three simple steps and you can use the FBI to wiretap your political opponents. Step 1: Have one of your friendly operatives in another government meet with the opposing campaign. Step 2: Have that agent present no useful information but use the meeting to trigger a FISA request. Step 3: Have you administration leak the results both to the press and your parties campaign.
At least Nixon had the decency to use criminals.
See also  It is a totalitarian system: The FBI is raiding Mar-a-Lago and trying to criminalize opposition to the regime. NEVER in the history of the United States has the FBI ever carried out such a raid.
See also  Trump declassified documents that proved the crimes of the FBI. Biden reclassified them & never told him
Help Support Independent Media, Please Donate or Subscribe: Trending: Views: 11