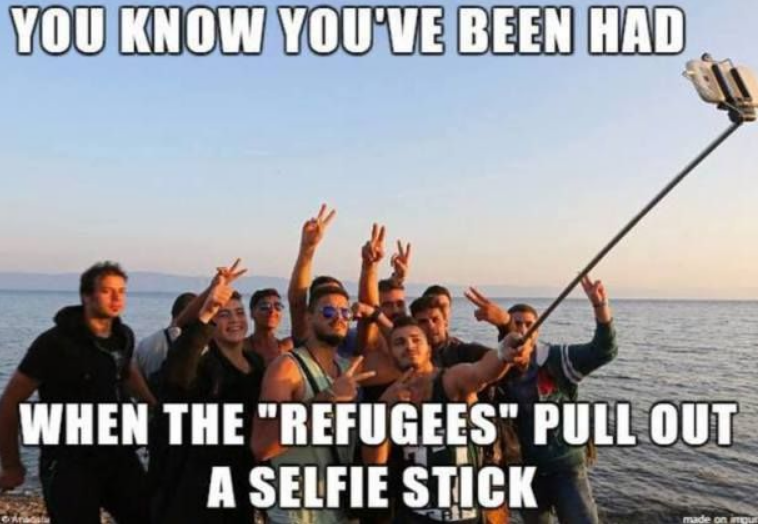 Greece is a country in the European Union which serves as a point of entry for thousands and thousands of so-called refugees arriving on the Old Continent from Africa via boat. Today’ news is about a bleeding heart refugee loving NGO, called Emergency Response Centre International (ERCI), which has made over half a billion Euros yearly since 2015 by helping smuggling over 70,000 so-called refugees (actually illegal aliens) into Greece. The NGO made $2325 (2000 euros) from each illegal alien that was smuggled into the country. On top of that, ERCI got $5815 per immigrant, courtesy of various governmental programs, aimed at helping integrating refugees, or something along these lines. Guess who pocketed the cash and who failed to “integrate”.

See, the so-called refugee crisis in Europe is big business. Literally. A couple of weeks ago, on August 28th, 30 people working for Emergency Response Centre International (ERCI) were arrested. However, this is just the tip of the “human-smugglers iceberg” operating in Greece. In 2017 alone, 1399 human-smugglers were arrested in Greece, as the country is confronted with societal breakdown in its cities plagued by illegal immigration, which have caused a huge increase in violent crime.

So, what do we have here? Pathological altruism? Nope, it’s the dollar, always follow the money. Okay, there are also useful idiots that come into play, but these bleeding heart liberals  working for EU’s NGOs are nothing more than people traffickers. Which means, they smuggle people in the EU at a cost, not because they’re the good Samaritans.

This is from the Gatestone Institute:

On August 28, thirty members of the Greek NGO Emergency Response Centre International (ERCI) were arrested for their involvement in a people-smuggling network that has been operating on the island of Lesbos since 2015.

According to a statement released by Greek police, as a result of the investigation that led to the arrests, “The activities of an organised criminal network that systematically facilitated the illegal entry of foreigners were fully exposed.”

Among the activities uncovered were forgery, espionage and the illegal monitoring of both the Greek coastguard and the EU border agency, Frontex, for the purpose of gleaning confidential information about Turkish refugee flows. The investigation also led to the discovery of an additional six Greeks and 24 foreign nationals implicated in the case.

The fact that there are people selling their countries out for thirty pieces of silver (okay, way more than that) is not shocking to me. Traitors have always been here, among us, normal people, and that’s something I can understand. What I can’t understand, and that’s really scary in my opinion, is the notion that there are a number of people, also known as useful idiots (the “refugees are welcome here” crowd), who are doing this kind of business out of pathological (as in misplaced and stupid) altruism. I mean, mental illness is more concerning to me than profiteering and greed.

I hope it’s finally clear to all rational people that this 3rd  world invasion is a massive scale well-organized subversion of the western civilization and democracy. It is being done on purpose and methodically, across all western democracies, while punishing those who resist. The Marxist ideology and mass migration of the undeveloped world are producing a horrifying result supported by the majority of western governments. Merkel’s Germany, Macron’s France, Sweden, Trudeau’s Canada are leaders of this suicidal mission. The consequences of this project will be plain terrible in the long term, resulting in either Orwellian societies or extreme ideologies becoming mainstream. The signs are obvious for anyone paying attention.