The energy sector has emerged as the worst-performing of the United States’ 11 market sectors in the current year, dropping to its lowest point relative to the S&P 500 since 1931.  However, the oil and gas sector has managed to stage something of a comeback over the past few days, gaining momentum and rallying 9% thanks to Trump re-election odds improving quite dramatically as early results rolled in.

Trump has vowed to continue supporting the sector, while Biden is widely viewed as being against the fracking industry.

Yet, one Wall Street pundit has advised to hold on to your horses and avoid rushing your fences.

Oppenheimer‘s head of technical analysis Ari Wald says the sector’s woes began well before the election period and could carry on no matter who ascends to the Oval Office come January 20.

“The sector has really been troubled not only for the last year, but really for the last five years. And there’s a few things going against this sector that we think that it’s too early to really make the call for a turn here,” Wald has told CNBC’s Trading Nation. 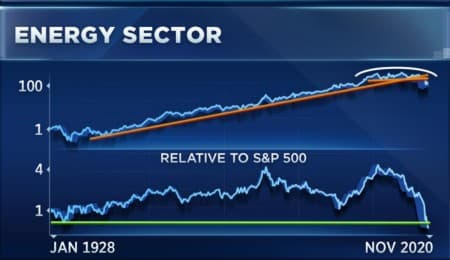 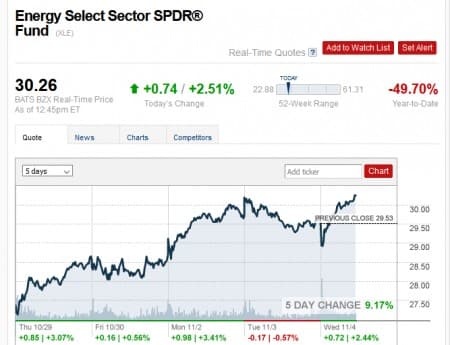 Indeed, Wald points out that the U.S. oil and gas sector has been on a prolonged secular bear market, falling 3% over the past two decades at a time when the S&P 500 has climbed more than 130% even after the 2008 financial crisis.

More damning is the fact that the trend remains bearish whether you’re comparing the sector to itself or the wider market. Wald adds that seasonal headwinds remain a major factor for investors looking to take positions with the sector typically underperforming in the November-January period since 1990.

Both companies come with their pros and cons.

Related: Oil Prices Are Set To Go Higher Next Year

First Solar is the largest solar manufacturer in America and the Western Hemisphere and also the third-largest in the world with revenue (TTM) of $3.1 billion. First Solar manufactures solar panels, photovoltaic power plants, and related services, including construction, maintenance, and recycling of solar products. The Tempe, Arizona-based company employs thin-film semiconductor technology to achieve enhanced efficiency and sustainability in its solar modules.

READ  A $TSLA glass roof flies off randomly, nearly hitting the vehicles behind it in this video taken yesterday from a Chinese dashcam

During its latest earnings call, First Solar estimated that ~75% of its potential booking opportunities were in North America. In other words, FSLR offers less exposure to faster-growing solar markets in China, Asia, and Europe.

It’s a big reason why FSLR has slipped 10% over the past 5 trading days even as a Biden presidency – a big win for renewables – ncreasingly faces long odds.

Meanwhile, NextEra has emerged as America’s biggest renewable energy utility, with ~30% of its electricity production coming from solar and wind. Still, NEE has tended to underperform pure-play renewable energy companies, with NEE stock boasting YTD gains of 23.2% vs. 118.9% by the Invesco Solar ETF (TAN). 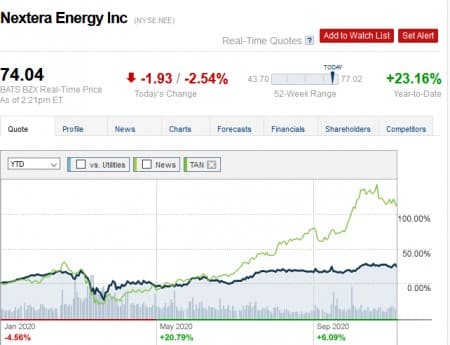 Does this mean there’s no way back for the battered oil and gas sector?

Certainly not; at least not for investors with longer investment horizons.

According to Chad Morganlander, portfolio manager at Washington Crossing Advisors:

“You have to be extremely nimble. We believe that over the next three months we would be somewhat more circumspect on investing in energy. But if you look out over the course of the next 18 to 24 months, energy, we believe, should be part of a well-diversified portfolio. With the passing of Covid hopefully, going into 2021, into 2022, you could see better growth dynamics, better realignment between supply and demand when it comes to oil. So that could potentially take oil prices up, and as well bring the whole sector higher.”

Oil stocks might have glitched 4% higher late yesterday after Trump claimed victory in the presidential elections even when the votes had not been counted, but by market close on Wednesday, that false euphoria had dissipated.

All oil will get out of it, regardless, is a divided nation. One theory tossed around by CIBC Private Wealth Management is that the most bullish outcome for crude oil prices would be a broad Democratic sweep (across the White House and Congress) because it would lead to larger stimulus, a weaker dollar, and a reduction of U.S. shale production.

That’s probably not going to happen.

But even if it did, bearish is still the best term for oil prices. Nothing will help demand at this point.