Found something interesting today – a 2015 paper on Overnight RRP as a Monetary Policy tool.

What this looks like is an economic analysis, and will explain the nature of RRP. Indeed, it confirms that the use of the ON RRP facility is indeed being used to control the FFR, which controls the private borrowing credit rate, which controls the value of the USD.

Making ON RRPs available to a broad set of investors, including nonbank institutions that are significant lenders in money markets, could complement the use of the interest on excess reserves (IOER) and help control short-term interest rates.

From the highlighted section above, we can see an economic impact of controlling interest rates being performed by the RRP. Further, interest rates are inherently tied to the valuation of a USD – meaning that the RRP is being used to prop up the USD.

At this point, you may be asking yourself why is this important?

I dropped a DD about 4 months ago looking into Quanto Equity Swaps (www.reddit.com/r/Superstonk/comments/pe2cp2/the_everything_fuckup_look_at_my_quanto/?utm_source=share&utm_medium=web2x&context=3) where QES heavily depends on the exchange rate of the underlying security with the currency from which the Swaps contract was entered into.

Excerpt from the DD:

The ON RRP is being used to remove money from the private markets, towards the MMFs. The banks have also been handed down a bad hand when the IOER rate discontinuation. Which means that the Fed has inadvertently cut the banks off the tit, forcing the banks to go to MMFs for any sort of cash loans.

Now, to the discovery of the information within the article.

After the 2008 crisis, the Federal Reserve’s responses included:

evidence in recent years indicates that the payment of interest on reserves may not provide the degree of control over the FFR and other short-term interest rates that the Committee desires, and supplementary tools might be needed to provide that level of control. 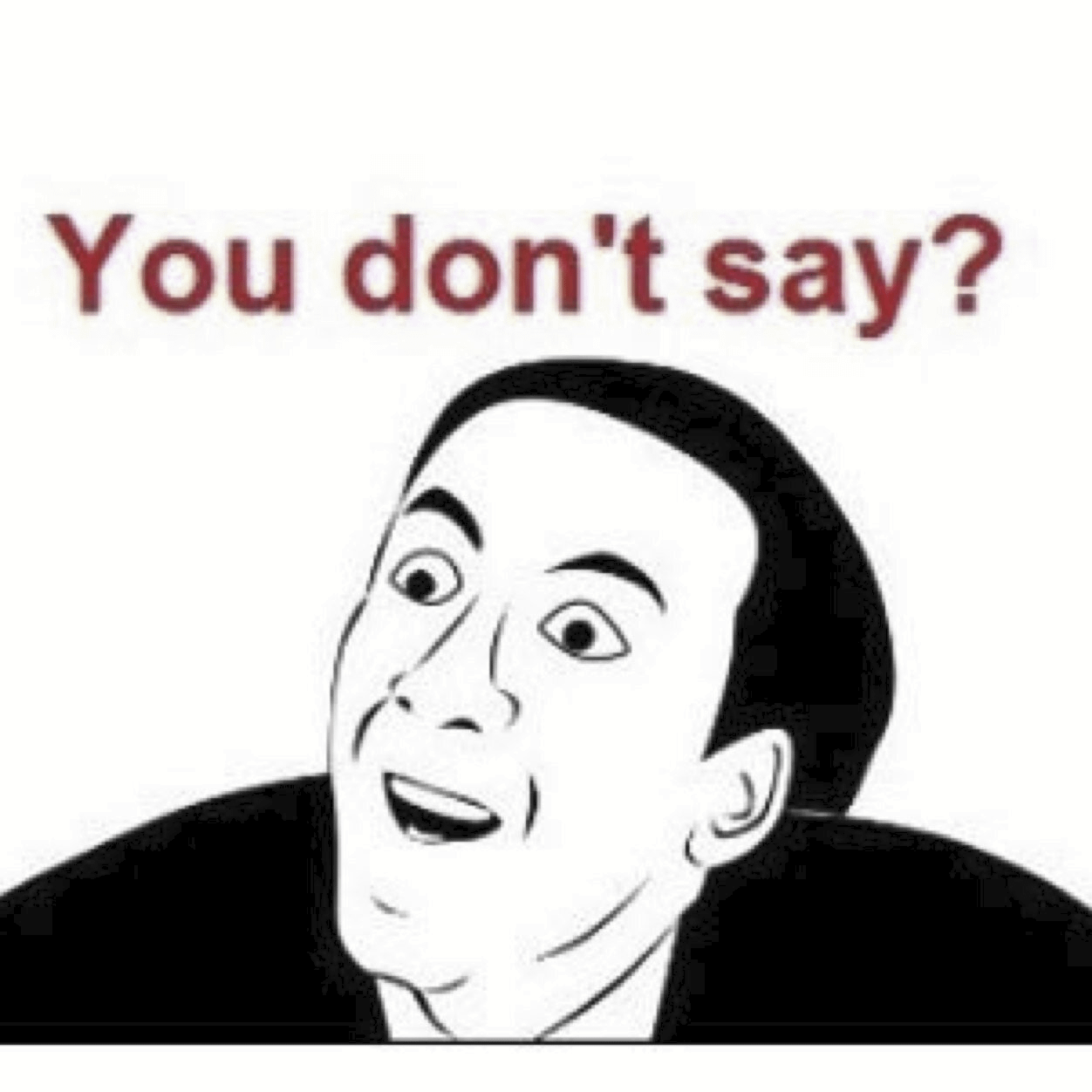 In July 2013 (FOMC 2013a), the Federal Reserve staff presented proposal to the FOMC, and the RRPs were born.

This offering would allow to be used by a wide variety of counterparties, including nonbank institutions that are significant lenders in money markets.

The approach of offering RRPs at a fixed rate would establish a firm floor on interest rates.

Movements in the FFR influenced other short-term interest rates, which, in turn, affected borrowing costs for households and businesses and financial conditions more broadly.

The Desk (Open Market Trading Desk) conducted open market operations (OMOs) with designated primary dealers to adjust the supply of reserve to allow to meet the target of FFR, and kept making fine-tuning operations in the form of Repo and RRPs in markets for U.S. government securities.

Desk purchases of securities (U.S. Govt securities) from a primary dealer increased reserves because the Desk paid for the securities by crediting reserves to the primary dealer’s account at the bank that cleared the transaction.

So, umm – this is a direct statement from the Federal Reserve – stating that the primary dealer’s bank account (BNY Melon at the moment) is being credited the reserves of securities.

Credit of those securities could be used for quality margin, despite it being only for one day.

Prior to the ’08 crisis, the reserve balanced in the Fed did not earn interest, but a legislation was passed in ’06 and ’08 to authorize the Fed to pay interest on reserves held by depository institutions starting in October 2008. The balances of excess reserves are free of default and liquidity risk.

With the advent of current market, where the supply of reserves far exceeds the amount needed for reserve requirements, IOER has become the primary tool for keeping the overnight FFR within the target rate.

Note: IOER is not available to many large and active money market investors – and only to banks.

A day before the RRP has hit above $1T

Interesting how the transaction is economically similar to a loan from the Fed, which means that those ‘loans’ could have derivatives be traded against them.

However, here’s the funny part of the IOER:

Since RRPs are accessible to a broad set of counterparties, including non-bank institutions that
are significant money market lenders, access to ON RRPs should increase competitiveness in
money markets and strengthen the effectiveness of the floor on rates. Whereas the effectiveness of a floor set by the IOER rate alone would depend on banks borrowing from money market investors at rates that are likely to be below the IOER rate, money market investors with access to ON RRP can lend directly to the Federal Reserve and earn the ON RRP rate. The option to invest in ON RRPs also would provide bargaining power to investors in their negotiations with borrowers in money markets, so even if actual ON RRP take-up is not very large, such a facility would help provide a floor on short-term interest rates and thus could be an important supplement to IOER in controlling the FFR.

What this suggests is that the Federal Reserve has told the banks to fuck off, turned off the IOER and told them to borrow securities from the RRP counterparties.

See also  Here We Go: Anti-Aircraft batteries being installed on buildings across Moscow

A historical timeline of RRP functions until Jan-2015

So, why do we see a spike in the RRP rate at the end of every quarter. The study suggests that the spike is a quarterly “window dressing” by foreign financial institutions to trip the borrowing. With the reduced investment opportunities, the ON RRP is being used by the MMFs and other cash investors.

FOMC 2014a minutes state that

most participants expressed concerns that in times of financial stress, the facility’s counterparties could shift investments toward the facility and away from financial and non-financial corporations, possibly causing disruptions in funding that could magnify the stress

Interesting how the whole usage of RRP spiked, and the participants claim that it could cause more stress to the financial markets.

Further, the increased usage of the ON RRP facility is an attraction of cash from investors who otherwise might provide funding for private institutions and firms.

What I think happened, is that the increased reserves are not longer being lent to the private institutions (such as Citadel) – likely due to the risk they impose through their positions.

Because the investments are not longer being supplied to private firms, there is an increased risk of global financial impact. Similar aspect occurred during the ’08 financial crisis, where investors pulled out from short-term funding markets and ON RRP usage spiked to $25B.

The most severe flight-to-quality flows in 2008 occurred in the week of September 15-19, when
the Lehman bankruptcy caused losses at prime MMFs and the Reserve Primary Fund “broke the
buck.” A variety of safe havens attracted inflows, including government MMFs and bank liquid
deposits. Government MMF assets increased $190 billion between September 12 and 19, and bank liquid deposits increased $100 billion.

in the week of September 15-19, 2008, investors redeemed $310 billion, on net, from prime MMFs. Investors also ran from other short-term funding instruments; for example, CP outstanding dropped $110 billion that week.

much of the redemption pressure on prime MMFs was alleviated when the Treasury announced its temporary guarantee program for MMFs on September 19, as the run on MMFs subsequently slowed significantly.

Showing the runs towards govt and liquid deposits, away from MMFs during the ’08 crash

Interesting, and the ON RRP facility could be beneficial during the runs, and could dampen the scale of a run and mitigate the damage it causes. Meaning, the increased use of RRP facility is an incentive to move cash to safe assets if there is uncertainty in the markets. But, the high usage could also spur and amplify the run dynamics – flight-to-quality episodes.