Dimitri Orlov writes about the stages of collapse using an example from Colorado.

The Five Stages of Collapse in Colorado 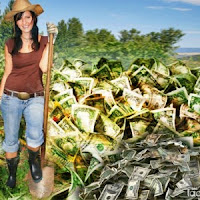 It’s been a while since I ran a guest post, due to a lack of good candidates, but this article by user h_h from ZeroHedge caught my eye. It uses my book The Five Stages of Collapse as a jumping point and nicely outlines the case studies I used to examine each stage of collapse.

Stage 1: Financial collapse. Faith in “business as usual” is lost.

In the case of financial collapse, the example is Iceland—the only country so far that had successfully fought off international efforts to saddle its people with the debts incurred by its defunct private banks, allowing it to recover economically even as the US and the EU, which bailed out their failed banks, continue to sink deeper and deeper.

Stage 2: Commercial collapse. Faith that “the market shall provide” is lost.

Commercial collapse is shown as seen through the eyes of the Russian mafia and criminal syndicates, explaining how “the free market,” in order to be able to operate, requires, at the very least, a protection racket, be it the mafia or the government. For those brought up on the pablum of nonviolence, this case study offers a useful lesson on the constructive uses of violence.

Stage 3: Political collapse. Faith that “the government will take care of you” is lost.

Political collapse as a steady state condition is described through the example of the Pashtuns—one of the world’s largest ethnic groups inhabiting parts of Afghanistan and Pakistan—whose code of honor (Pashtunwali, or the Pashtun Way) has allowed them to fight off (and, in some cases, help destroy) every empire that ever blundered into their habitat. (They are known to the consumers of Western propaganda primarily as the Taleban.) The Pashtuns allow us to clearly see the dividing line between a hierarchical, imperialist, collapse-bound society and that of a steady-state, entrenched, well-organized anarchy.

Stage 4: Social collapse. Faith that “your people will take care of you” is lost.

Social collapse—or, rather, a very stable lack thereof—is studied with reference to the Roma, or Gypsies, who have survived intact over many centuries and who now number in the millions both in Europe and the US in spite of being shut out financially, commercially and politically in every country they inhabit. This case study allows us to ponder what it means to be marginalized, for to be marginalized by a collapse-bound society can be a blessing in disguise.

Stage 5: Cultural collapse. Faith in “the goodness of humanity” is lost.

Cultural collapse is explored with the help of the Ik, an African tribe of hunter-gatherers who, once they were prevented from hunting and gathering, survived by mutating into a cultural form that we may not wish to recognize as human—yet they persist. The Ik allow us to explore an important question: Is survival at all cost really worth it?

The article’s author claims that the scenario he describes has something to do with what he calls “full-retard collectivism.” This is incongruous for at least three good reasons:

1. Collectivism is a higher form of culture exhibited by tight-knit groups that share a common ideology or faith, possess a great deal of solidarity or ésprit de corps, and have it within their cultural DNA to put the interests of the community ahead of those of the individual, all the way to suicidal altruism if the conditions warrant. Does that describe the US? No, it doesn’t. Americans’ primary allegiance is not to each other but to little green pieces of paper with pictures of dead presidents on them. Under such conditions, sudden, spontaneous appearance of a wellspring of collectivism is unlikely; what is likely is that mutual self-help will be limited to some amount of charity and a few acts of altruism based on personal sympathy.

2. The US is running against a number of physical or organic limitations that no amount of regulation, compensation or social engineering can possibly overcome. The energy returned on energy invested is dropping to levels where an industrial society can no longer be maintained, making the common living arrangement unaffordable for most. The effect of forcing together organically incompatible ethnic groups breeds alienation, hostility and violence, making basic social adequacy something of a stretch goal. These are predicaments rather than problems to solve, and what one does with predicaments is accept their consequences with equanimity and poise.

3. The US can be described as a single, highly integrated, systemically corrupt scheme. To say that there is some corruption in the US would be like saying that a huge termite colony has a slight termite infestation problem. Everywhere you look, be it finance, the military-industrial complex, education, medicine, the legal system, the private prison system, agriculture and food production, you see a corrupt, predatory scheme that has been enshrined and indoctrinated as the proper way to get things done. [See George Carlin here]  The intelligence community fabricates fake threats for the military-industrial complex; corporate lobbyists and congressional pork barrel politics micromanage the economy; food that makes people obese and sick provides profits for both the agribusiness and the medical industry; the police and the courts stock the private prison system with slave labor. Systemic corruption at this level cannot be reformed. Again, that would be like asking an exterminator to improve conditions at a termite mound.

That said, the article goes on to describe what these five stages will look like for some unlucky Colorado residents, and the picture it paints seems realistic, so I now turn it over to ZeroHedge user h_h:

Rather than using Iceland, the Russian Mafia, the Pashtuns, the Roma, and the Ik, I will use one hypothetical ZeroHedge reader as our space monkey. In fact, let’s refer to him as mr_monkey. We will pretend that the monkey family lives in a suburb of Denver, Highlands Ranch, in a typical single-family monkey house on Paper Street. mr and mrs_monkey have two lil_monkeys, and their extended families live far away on the left and other-left coast, respectively. mr_monkey designs training software applications for Lockheed-Martin and mrs_m operates a day care in the basement of their suburban home.

Stage 1: Financial collapse. Faith in “business as usual” is lost.

Government’s deficit spending for eternal war and vote buying has finally caused the USD to lose its reserve currency status, and all of those trillions of dollars exported over the past 50 years come flooding back to Amerika, dramatically increasing the local supply of US dollars, decreasing the value of each dollar, and increasing the price of everything mr_monkey needs or wants to buy. This is called hyperinflation.

Stage 2: Commercial collapse. Faith that “the market shall provide” is lost.

Gasoline is now rarely available at gas stations, due to multiple failures within the just-in-time delivery system. When gasoline is available, it costs more to fill up than mr_monkey earns in a month. Fortunately, mr_monkey is allowed to work from home, but so are most other people still working, and therefore mrs_monkey’s daycare business collapses as parents stay home with their children. mr_monkey spends a good portion of many days riding his bicycle to obtain a couple gallons of gasoline from fuel thieves that trade with him for pieces of silverware that mrs_monkey received when they were married. The fuel thieves will not accept the constantly depreciating dollars.

Stage 3: Political collapse. Faith that “the government will take care of you” is lost.

mr_monkey learns that his job as a training software designer at Lockheed-Martin has been realigned with the company’s new Five-Year Plan. Due to his four years in the Navy as a cyber security technician, he is offered a “security” position at the company’s Waterton Canyon facility, which is about 15 miles away. He is happy to hear that he will receive weekly raises that he is assured will keep up with the government’s official inflation rate. mr_monkey will not be allowed to telecommute, but he tells mrs_monkey that the exercise he will get by riding his bike will do him some good. When he arrives the first day, he is issued a pistol and a yellow reflective vest, and is sent to guard the entrance to a parking lot surrounded by chain link fence and concertina wire. On his bicycle ride home, at the end of the day, he leaves the vest but takes the pistol. In the couple of hours riding home, he hears more than ten gunshots, and passes by hundreds of families camped in the state park.

Stage 4: Social collapse. Faith that “your people will take care of you” is lost.

After a couple weeks of spending most of the day hunkered down in the basement with the lil_monkeys and their diminishing supply of food and toiletries left over from the daycare business, tonight, mrs_monkey is starting to really worry. It is now well past dark, the power is out, again, and mr_monkey has yet to return home with his pistol. She can hear bits and pieces of what sounds like two of her neighbors involved in a serious argument out in the street. All of the sudden, she hears a window explode upstairs. Both of the lil_monkeys start crying. mrs_monkey grips her 9 iron with both hands, while holding the flashlight in her mouth. Tears are running down her cheeks, but she isn’t sad. She is pissed off.

Stage 5: Cultural collapse. Faith in “the goodness of humanity” is lost.

mr_monkey is sitting alone by a small fire, in the snow, cooking lean meat on a hillside overlooking a long-empty Red Rocks Amphitheater. He recalls hearing from his mom and dad about the time when they were dating in college, and they had heard Bruce Springsteen and the E Street Band playing down there among, “a bunch of big rocks,” while touring to support their release, “Darkness on the Edge of Town.” He recalls that grandpa_monkey had a newspaper clipping on his office wall. “The idea is to deliver what money can’t buy,” Bruce had said prior to the show.

mr_monkey is cold and shivering in the greasy snowmobile suit he has recently acquired. He only has five rounds remaining for the pistol. He promises himself that he will not use the last round on someone else, as he had earlier that day, when he had come across the skinny teenage boy asleep in the snowmobile suit. Nope. No matter how hungry he gets, he will save the last round for himself.

This may seem like bad news, but there is some good news as well. First, The Five Stages of Collapse is now easy to buy in Australia via Fishpond. Second, its Swedish translation will soon be published in Sweden.

I will tackle the topic of systemic corruption next, because it is a very interesting topic to explore, and because understanding it allows us to determine the limits of constructive action. When asked “What kind of collapse would you prefer?” people rarely respond with “Slow and painful, please!” But that is what efforts to reform a systemically corrupt, unreformable system would amount to.