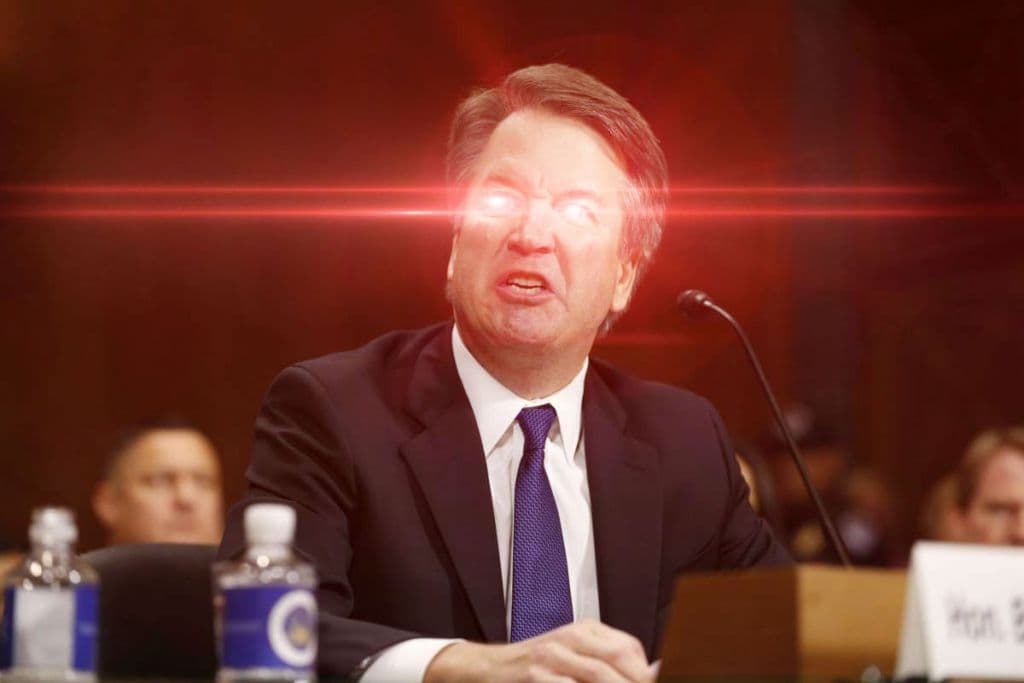 I will begin this article with a statement: regardless of what the mainstream media tells you, just go watch Christine/Kavanaugh’s performance with your own eyes. I put two videos in the article.To make a long story short, here it comes: this woman is totally crazy. As in nuts. I mean, loony tunes.

Here’s what happened on this dramatic Thursday: Christine delivered her opening remarks, then she has been questioned by several Senators, both DEMs and REPs. I looked at Christine Blasey Ford, I listened to her opening statement, I listened to her answering questions, and it downed on me: this woman is like what? 51-52 years old? She looks 70, but whatever, must be from the gang-rapes in high-school or something. She’s a psychology professor at Palo Alto University, a PHD supposedly. However, she talks like a 6 year old. I mean, what’s up with that? Again, please go on YouTube or whatever platform and check her out.

Is it just me, or that childish, whiny, weird voice is getting on your nerves too? Think “nurse Ratched” from One Flew Over the Cuckoo’s Nest… Anotehr thing, when you watch her and listen to her, her demeanor, the way she looks, the way she’s carrying herself, it definitely looks like this woman is not right in the head. Seriously. Don’t take my word for it. Watch the video.

Remember how she claimed she can’t fly, she has fear of flying since she was sexually assaulted or whatever by the virgin Kavanaugh? Well, that’s not the case anymore. She just admitted she he arrived in DC using an airplane. Seriously, you can’t make this stuff up. The hearing was delayed for four days, from Monday to Thursday, due to her claims she can’t fly, and wants to drive to DC. She moreover admitted she flies all around the world for her hobbies ( for example, in August she flew to East Coast for vacation).

There goes her credibility, provided she had any to begin with. Also, she offered absolutely nothing during her hearing. Zero information. Zilch, nada to substantiate her claims and allegations. She basically admitted no one has seen her therapist notes, except from her counsel.

See also  Portugal judge standing up against the police...

This was an interesting moment, to say the least. What can I tell you? We are now in a total war, there’s no way around it. This sham hearing has changed American politics forever. Things are not going to be the same anymore.

This paddy was awesome in his opening statement. I mean, he went full IRA (Irish Republican Army for our millennial readers) on his accusers. He destroyed the DEMs methodically. He looked triggered during his speech, yet incredibly moving and inspirational. He showed the whole Congress that HE IS THE LAW and this circus has to end.

Bottom line: the GOP might be smarter than I can gave them credit for. I mean, Judge Kavanaugh goes to the bench with a hard on hatred for liberals and their policies after this circus. He might possibly turn into the most extreme right wing partisan judge to ever sit on the court over this.

Personally, I think would have renounced my citizenship after all this crap right there in the hearing.