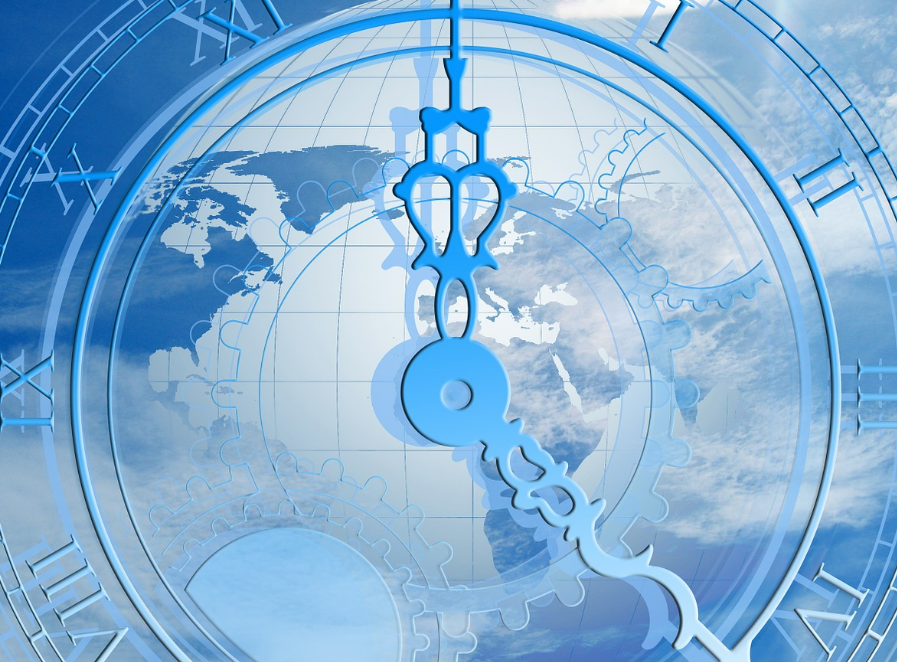 This is a summer that none of us will ever forget.  There has been one apocalyptic disaster after another, and we haven’t even reached the halfway point yet.  At the same time that historic flooding has been absolutely devastating parts of Europe and China, unprecedented heat, drought and wildfires have been hitting portions of North and South America extremely hard.  On top of all that, countless numbers of birds are suddenly dropping dead, hundreds of millions of sea creatures have been wiped out, the COVID pandemic is experiencing a major resurgence and we are starting to see famine break out in parts of Africa.

What’s next?  Should we be expecting a plague of grasshoppers to be unleashed soon?

Actually, that has already happened, and I’ve included it in this article too.

Just 10 days after record flooding killed 37 people in western Europe, Belgium was hit by a flood that was so powerful that it literally picked up vehicles and carried them along like little toys…

In Dinant, within Belgium’s Walloon region, a two-hour thunderstorm turned streets into torrential rivers. Footage on social media showed cars and pavements being swept away by a powerful stream of rainwater.

“I have been living in Dinant for 57 years and I’ve never seen anything like this,” Richard Fournaux, the town’s former mayor, told the AP news agency.

Last week, more than a million people were forced from their homes by flooding in China that was so extreme that it is only supposed to happen one time in a thousand years…

Starting last Tuesday, storms dropped the equivalent of one year’s worth of water on the city in a 72 hour period before moving northward, flooding large swathes of Henan province in China. Authorities say the rains have displaced more than a million people and at least 63 people dead in what should have been – in theory – once-in-a-thousand-year floods.

This is something that I have written about before.  Thousands upon thousands of birds are suddenly dropping dead in the eastern half of the United States, and authorities still don’t understand why this is happening…

Thousands of cases of mysteriously ill songbirds have now been reported in at least 10 Eastern and Midwestern states. Scientists from federal and state agencies and wildlife health centers are collaborating diligently to determine the cause, and perhaps find a treatment for what has so far proved to be an untreatable malady.

Hopefully scientists will be able to figure out what is causing this, because once a bird catches the disease death can come very, very rapidly…

Death seems to descend quickly once birds start showing obvious neurological symptoms, says Evans. A neighbor brought him a sick crow and “literally within minutes, it had gone between being living and standing on the street and looking normal but acting confused, to a dead bird in a box.” Other accounts from wildlife centers tell of birds deteriorating and dying within 48 hours.

A few weeks ago, we witnessed the worst heatwave that the Northwest has ever experienced.

Personally, I know how bad that it was, because I was right in the middle of it.

CBS News Meteorologist Jeff Berardelli explained that there was only a “1/10,000+ chance” that a heatwave of this magnitude could happen in the region, and it ended up killing at least a billion sea creatures…

More than 1 billion marine animals along Canada’s Pacific coast are likely to have died from last week’s record heatwave, experts warn, highlighting the vulnerability of ecosystems unaccustomed to extreme temperatures.

The “heat dome” that settled over western Canada and the north-western US for five days pushed temperatures in communities along the coast to 40C (104F) – shattering longstanding records and offering little respite for days.

The western half of the United States is in the midst of a multi-year “megadrought”, and 2021 has been the worst year of that “megadrought” so far by a very wide margin.

As I discussed the other day, about 20 percent of the West was considered to be experiencing “severe drought” at this time in 2020, but today that number is up to 80 percent.

In California, conditions have been so dry and water levels have gotten so low that the drinking water is literally starting to taste like dirt…

Something is off about Sacramento’s water. It smells and tastes a little “earthy,” residents are saying — an effect of compounding climate change crises: extreme heat, little to no precipitation and a historic drought that has gripped the region for the better part of a decade.

Up and down the state of California, rivers, streams and reservoirs are drying up. In Sacramento, that has led to an increase in the concentration of geosmin in its drinking water, one of two organic compounds that give soil its characteristic smell.

#6 A Plague Of Grasshoppers?

The extremely hot and extremely dry conditions in the western half of the country have created ideal conditions for grasshoppers to multiply.

Now millions of these voracious little creatures are gobbling up fields everywhere they go, and the National Weather Service is telling us that some of the grasshopper swarms are so massive that they are actually showing up on radar…

The National Weather Service (NWS) Glasgow says the radar is lighting up, but not with rain.

Instead, the radar is picking up “countless” grasshoppers in the area according to a post from the NWS.

The grasshoppers are flying as high as 10,000 feet above the ground and are being picked up by the radar the NWS said.

Severe drought in hitting agricultural production really hard in many parts of the globe right now.

I discussed what we are witnessing in the U.S. in this article, and down in Brazil authorities are openly warning that the crop losses this year are going to be “historic”…

“It is going to be a historic crop loss,” Daniele Siqueira from local consultancy Agrural told Agricensus.

The second Brazilian corn crop safrinha has been severely affected by dry and warm weather during key development stages, and crop conditions worsened further in some regions that were hit by frosts for three days in the end of June.

As a result, Agrural has lowered its estimates of Brazil’s safrinha output to 59.1 million mt in early-July, 22 million mt below the initial crop potential and the new frosts could mean these estimates are dampened even further.

Dozens of major wildfires are raging all across the West, and they just keep making headlines day after day this summer.

In the last 24 hours, two major wildfires that were totally out of control in northern California ended up merging, and this has created an absolutely giant inferno that is threatening thousands upon thousands of homes…

Thousands of homes in Northern California are under threat from two wildfires that recently merged, as dozens of other fires continue to burn across the western United States.

Officials say more than 10,000 homes are under threat, and evacuations have been ordered around Lake Almanor, a popular resort area, after California’s largest blaze, the Dixie Fire, merged over the weekend with the Fly Fire.

For years, I have been warning that Dust Bowl conditions would return to the western half of the country, and now it has happened.

Some of the dust storms that are being created are so large they can actually be seen from space, and they can be extremely dangerous for those that are driving on our roads.

For example, eight people were just killed during a series of accidents that were caused by a colossal dust storm in Utah…

Eight people — four adults and four children under 15 — were killed in a multiple-vehicle crash near Kanosh on Sunday, as drivers were blinded by a sandstorm.

The Utah Highway Patrol reported Monday that 10 people were taken to local hospitals Sunday after the series of crashes, which involved 22 vehicles.

The dust stoms in China can be even worse.

In fact, the city of Dunhuang was just hit by a dust storm that was more than 300 feet tall…

A Chinese city is engulfed by a gigantic wall of sand hundreds of feet high in footage straight out of a disaster movie.

A video shows the city of Dunhuang vanishing between the more than 300 feet wall of sand that blew in from the Gobi Desert on Sunday.

The apocalyptic scene was filmed by a resident who shared the scary clip on Twitter.

We were dealing with COVID at this time last year too, but now the pandemic is making a major resurgence thanks to the Delta variant.

Many people don’t realize this, but scientists are telling us that those that catch the Delta variant can have viral loads that are more than 1,000 times higher than those that had the original strain…

In a preprint posted 12 July, the researchers report that virus was first detectable in people with the Delta variant four days after exposure, compared with an average of six days among people with the original strain, suggesting that Delta replicates much faster. Individuals infected with Delta also had viral loads up to 1,260 times higher than those in people infected with the original strain.

The COVID pandemic and everything associated with it has already killed millions, and now authorities are threatening us with more lockdowns and more mandates.

And on top of everything else, studies continue to show that any “immunity” is very temporary.  Here is another example that I came across just a little while ago…

Antibodies triggered by Sinovac Biotech’s COVID-19 vaccine decline below a key threshold from around six months after a second dose for most recipients, although a third shot could have a strong boosting effect, according to a lab study.

Chinese researchers reported the findings from a study of blood samples from healthy adults aged between 18-59 in a paper published on Sunday, which has not been peer reviewed.

This is quite a list, and we still have more than half of the summer still to go.

Before I end this article, there is one more thing that I wanted to mention.  Famine is now erupting in parts of Africa, and things are particularly bad on the island of Madagascar…

The southern part of the island nation of Madagascar, off the east coast of Africa, is experiencing its worst drought in four decades, with the World Food Program (WFP) warning recently that 1.14 million people are food-insecure and 400,000 people are headed for famine. Hunger is already driving people to eat raw cactus, wild leaves and locusts, a food source of last resort. The WFP, which is on the ground helping with food distribution, describes scenes of unimaginable suffering, with families bartering everything they have—even cooking pots and spoons—for the paltry tomatoes, scrawny chickens and few bags of rice still available in the markets.

So why are so many apocalyptic events suddenly happening all over the globe?

Is it just a coincidence?

That is what some people think.

But I would suggest that it is time for all of us to start paying attention, because our world is being shaken like never before, and what we have experienced so far is just the tip of the iceberg.

For decades, we have grown accustomed to living our lives in an environment of great stability, but now everything is changing.

Everything that can be shaken will be shaken, and nothing will ever be the same again.