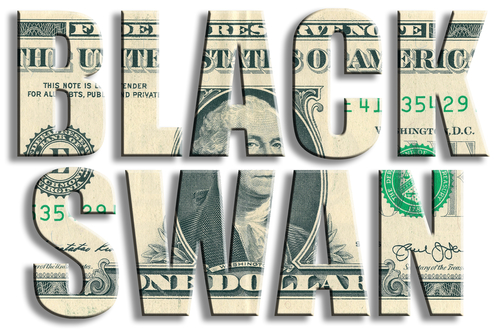 The traditional analysis keeps calling for the next Black Swan event asserting that massive leveraging of US nonfinancial businesses since 1972 is incompatible with the stock market levels rising from 62% to 204% of GDP. Of course, this analysis is ALWAYS the typical economist view which is the entire problem. The traditional analysis is why we are in this crisis, to begin with. The entire proposition is that under Keynesian Economics, raising and lowering interest rates will control demand and thus defeat the business cycle. This has not only utterly failed, but they are typically left-wing analysts so they ONLY look at the private sector.

Those theories may have worked when the government was the minority player in the debt markets. Even former Fed Chairman Paul Volcker in his Rediscovery of the Business Cycle admitted that the Keynesian economic model failed.

Raising and lowering interest rates no longer controls the economy. The ECB lowered rates to negative in 2014, bought all the government debt, and no inflation took place. That was against every economic theory they still teach in school.

The problem is that raising interest rates to reduce demand no longer works because governments are the #1 issuer of debt and credit agencies pretend governments are AAA when governments historically always DEFAULT. Raising rates to stop inflation will fail for it only increases the interest expenditures of the government who will never reduce their spending just because the central bank raised its rates.

This Build Back Better Act passed by the Democrats in the House today running it through our model to see the true cost look to be a lowering of GDP by up to 5% over the course of the next 10 years. The Democrats are pushing this progressive agenda which is undermining the economy and weakening the power of our nation which raises the threat of war. Europe is doing the same thing and this is really braindead for now is the time for both China and Russia to join forces and the West will lose. This agenda makes no sense other than to a progressive and the fact that 70% of Americans think they are headed in the wrong direction, they do not care and are only seeking to force their agenda upon the world.

See also  The market is headed for a 'tinderbox-timebomb' that will be worse than the 1929 crash, Black Swan fund manager says

We can see that the Fed raised rates through most of Trump’s presidency and it DID NOT cause the market to decline. Yet every TV show says a rise in rates and the stock market will decline. This is just one example of this distorted and antiquated analysis.

The Democrats are attacking wealth and investment. They are looking to create a 1 percent excise tax on the value of stock repurchases during the taxable year, net of new issuances of stock, effective for repurchases after December 31, 2021. They will exclude from this tax stocks contributed to retirement accounts, pensions, and employee stock ownership plans (ESOPs). Communism collapsed because they did not allow private ownership so there was NO private innovation that ever came out of Communism. All innovation was for the government to expand nuclear arms. By attacking the very essence of innovation, the progressives ONLY look at wealth and not human nature.

Consequently, all we hear is there will be a Black Swan and the stock market will collapse to zero without any understanding of capital flows. When the stock market has dropped, there is the standard flight to quality. But ask yourself this. Do you really think that “quality” is now government debt? We have been looking at an explosion in collectibles and real estate. A realtor friend of mine here in Florida said that these houses selling for $2.5 million in a matter of days are usually for CASH. This is people fleeing from the grid. The Black Swan is in government. Yes, we will reach a pause in the stock market to flush out people and many will be told to run to Treasury paper. Will that be the real setup? 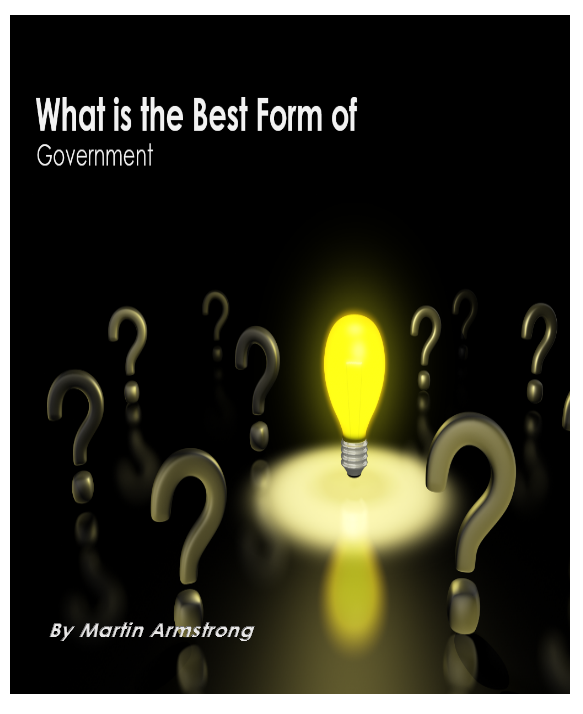 This is the systematic decline and fall of Western Civilization and we will not be able to reverse this trend. We will simply have to crash and burn and the fight will be what kind of government we end up with post-2032. I will try to provide a review of the pros and cons of the various forms of government throughout history in early 2022.