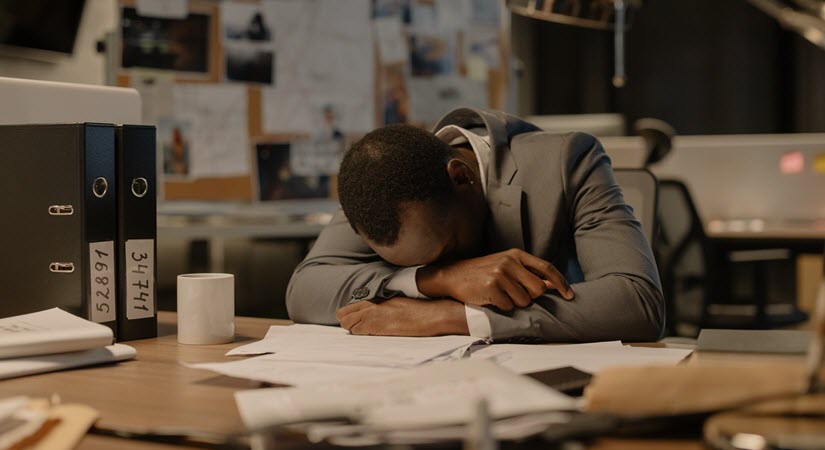 The Wall Street Journal recently reported that state and local pension funds have just received a historic windfall of cash, thanks in part to taxpayer dollars:

State and local pension funds are reaping a historic windfall thanks to billions of dollars in record market gains and surplus tax revenues. Now they need to decide what to do with the money.

But even though state and local pension funds are “newly flush with cash,” that cash has to find investments that produce a positive return on investment, especially difficult when you factor in 6.2% year-over-year inflation.

And that’s a real problem once you consider that pensions at the state and local level have had funding troubles for many years… As we previously reported:

Leave the money in stocks, and a pension fund becomes more vulnerable to the type of losses suffered in the 2008-09 financial crisis. Move the money into bonds for safekeeping, and the fund risks losing even minimal gains to inflation. Seek out alternative assets to help diversify and drive up returns, and the fund enters a crowded competition for private equity and real estate where it can take years for money to be put to work.

Analyzing risks and rewards like this can leave you with a splitting headache. Yet it’s this kind of analysis public pensions are forced to engage in. And even after all the analysis is done and investment decisions have been made, it’s a struggle for public pensions to achieve their goals.

This is because they need returns to outpace inflation at least, and they have a historically-overvalued market to consider. And of course they want returns to be stable enough to generate solid, predictable and above all positive returns.

Today, this is a nearly impossible task. And of course these pension funds aren’t the only ones facing this conundrum. Every saver in America has the same struggle. Here’s why…

You don’t need a degree in economics to understand that return on investment must also outpace inflation to be considered a true gain. (A year ago, a 2% APY CD would’ve been a dream come true. Today, that same investment is just dead money.)

The most recent inflation report came in for October 2021, and it isn’t pretty. Inflation has risen four-and-a-half-fold since January.

We haven’t seen inflation like this since the early 90s. What’s worse, further up the production pipeline, inflation has risen to a staggering 20%. Remember, this refers to costs manufacturers are paying for their raw materials and intermediate goods, and we haven’t even seen those higher prices hit the shelves yet.

It’s quite likely that the price increases we’re seeing right now will stick around for a while.

That means, if your pension or other investments aren’t consistently generating returns of 6.2%, then you aren’t even breaking even. You’re going backwards, losing purchasing power with every passing day.

Inflation — the tax that nobody votes for but everybody pays — robs your purchasing power without changing the dollar balance of your accounts. This theft applies to investments and investment income equally.

And that’s bad enough. But this isn’t the only factor we’re worried about…

The stock market remains significantly overvalued, according to four closely-watched indicators, all of which have gotten worse since our last update a week ago:

This means investors are practically guaranteed to massively overpay even for a “good” stock. Worse, when the market turns down and everyone’s fighting their way to the exits, you could be hard-pressed to find a buyer at any price, let alone the same price you paid before the bubble burst.

Prepare for the next crisis before it begins

The retail investing crowd tends to panic when the party ends and the market goes sideways. Especially those folks who’ve never even seen a bear market. They’re usually the first to “capitulate,” the Wall Street term for “sell everything.”

If things look really bad (like they did on Black Monday, or during the dot-com crash, or the Great Financial Crisis, or the pandemic meltdown), they’re likely to panic – or, “sell everything, take all their cash out of the bank and buy as much gold and silver as they can afford.”

Some investors think they have psychic abilities and will be able to “time the bubble,” and sell out of the market a few minutes before the crash begins. If you’re a psychic, congratulations, we wish you well. The rest of us have to guess. But if we wait until everybody else is running for the exits, it’s already be too late.

It’s advisable to take a more prudent approach instead. First, don’t panic. Instead, spend your time and energy taking stock of your savings. Are you taking a comfortable amount of risk? Are your savings positioned to benefit during good economic times as well as bad? Can your savings weather a long period of high inflation? Consider diversifying with intrinsically valuable physical precious metals, especially gold and silver, some of the top “safe haven” investments in unsettled times. Simply knowing you own tangible assets safe from inflation and market chaos can help you get a good night’s sleep while the rest of the world is losing its mind.

Whatever decisions you make, take steps today, while you still have time.