What is “normal”?  Is normalcy a condition of public acceptance to common trends & culture?  Per it’s definition, normal is defined as conforming to a standard: usual, typical or expected.
If you accept normalcy by that definition then…
-it is normal for kids in our public school system to be locked in solitary confinement (4×4 padded cell) for misbehavior.
-it is normal for each state across the nation to have tens of thousands of cases of students being physically restrained.  In some cases, even shackled using hand and ankle cuffs.
-it is normal for our police state to intervene with troublesome kids with use of physical beatings and pepper spray.

Schools across the country are literally building solitary confinement cells for children.  They are very small, sometimes padded and have windowless walls with no contact to other children. 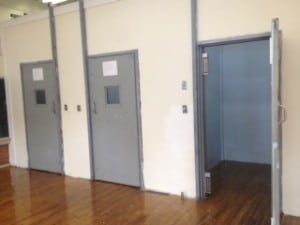 The use of these “seclusion rooms” and other restraints are being deployed almost 270,000 times in a normal school year across the nation!!!!  In 163,000 of those cases, children were physically restrained.  In about 7,300 cases, mechanical restraints such as handcuffs, ankle shackles or other devices are used.  God knows how long kids are actually kept in these cells?!
Take this one instance of a first grader who suffered wrist bruising after he was handcuffed for running away from school.

Or how about this instance where an autistic boy was afraid and refused to go into his “seclusion room” cell.  The school officials were so violent with trying to get him into the cell that they smashed his hand in the door.  His hand was subsequently broken. 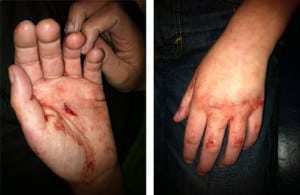 Or what about this school officer that beats 13 year old students for questioning where they were headed during class change?  This officer beat the children with her night stick and pepper sprayed others.  After the incident, the the school said the incident was handled appropriately…  Furthermore, while the one child who was beaten was bleeding profusely from the head, the parents were not notified by the school. 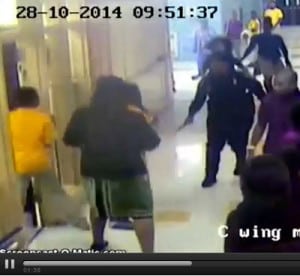 This is the new normal…

You do not need the police to be in the police state.  Other authority figures such as school administration officials, security guards, or even your own doctor (e.g. – vaccinations or medical advice) are serving to enforce the totalitarian state.  Not only do we need to worry about physical and psychological abuse of our children at school, we also have to wonder what common core is teaching them.  With all these monstrocities coming down on our children, it is no wonder that the number of children home schooled between the year 2000 to 2012 has doubled!  As parents, we must take a hard look at our schools, how they are being run, and the tactics they use.  If it is as bad as these trends indicate, you might want to consider home schooling for the well being of your child.