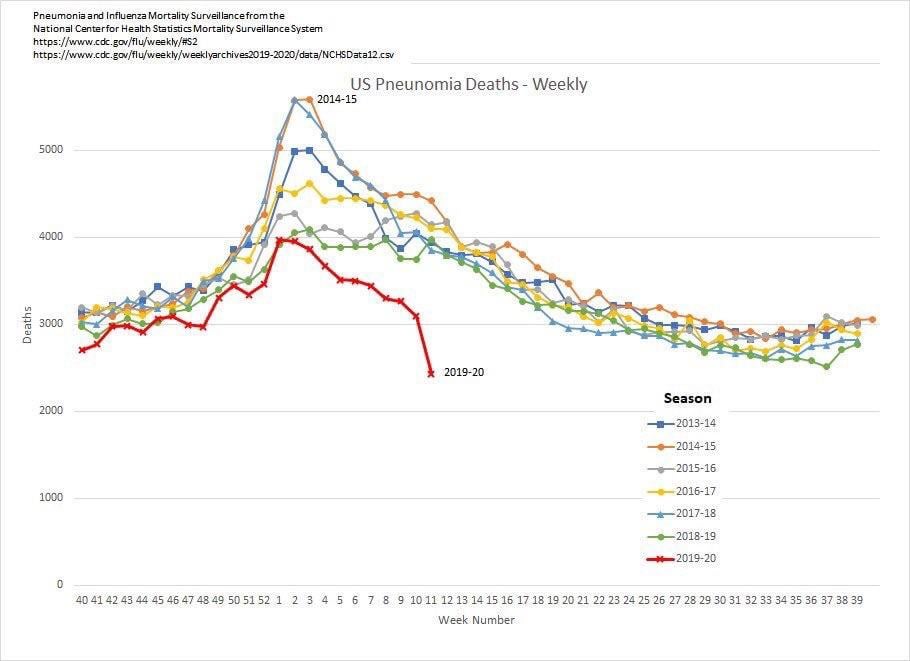 Best explanation i have seen below.

The mass hysteria over COVID-19 in the U.S. is driven in large measure by misleading statistics and bad math about the disease’s body count.

Now that New York has become the epicenter of the pandemic in the United States, we are now regularly inundated on cable TV news with the latest pandemic statistics from the city. The statistics grow gloomier by the hour.

These figures have frightened people into submission as state and local governments across America enact repressive measures they say are necessary to contain the virus or slow its proliferation.

After doing everything in their power to oust President Donald Trump, journalists and others are now calling him a weakling for supposedly not doing enough, while they demand an unprecedented nationwide crackdown.

The problem starts with the fact that the highly influential statistics from the Big Apple paint a false picture of what is actually happening.

In New York City, the death of anyone who dies who tests positive for COVID-19 is counted as a coronavirus death. This is the case even if the coronavirus failed to play a significant role in the person’s passing or illness.

New York City’s government isn’t the only one worldwide doing this.

In an open letter to Angela Merkel, the chancellor of Germany, Dr. Sucharit Bhakdi, Professor Emeritus of Medical Microbiology at the Johannes Gutenberg University of Mainz, wrote:

“[T]he mistake is being made worldwide to report virus-related deaths as soon as it is established that the virus was present at the time of death – regardless of other factors. This violates a basic principle of infectiology: only when it is certain that an agent has played a significant role in the disease or death may a diagnosis be made.”

Infectiology, also known as infectology, is “a branch of medicine that deals with the diagnosis, management and treatment of various infectious or contagious diseases,” according to Medihub.

Why do the rules of infectiology not apply to the Chinese virus?