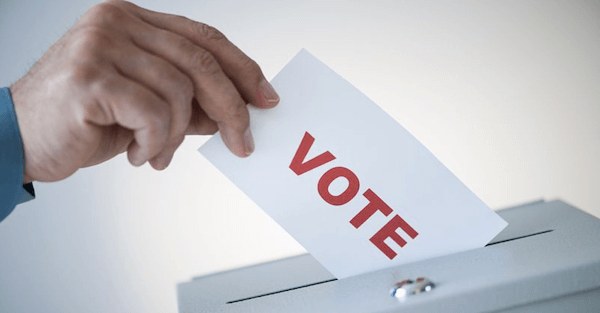 “Between now and November 6, you better put a catcher’s mask on your face because I’m going to stomp all over your face with golf spikes.”

Unfortunately this isn’t trash talk from some middle school bully… it’s a public threat made by a Pennsylvania gubernatorial candidate to his incumbent opponent.

With the midterm elections tomorrow, I wanted to take some time today to remind you who your vote actually supports.

Politics has likely never been more divisive in the US… and the politicians continually stoke this flame, often times, like with the quote above, inciting their constituents to carry out violent acts against the opposing party.

It’s completely despicable that this has become the state of government in the land of the free… instead of focusing the public’s attention on solving the big problems the US faces (like debt), politicians continue to advance a partisan agenda.

And they encourage outright violence. One congresswoman encouraged supporters to attack members of the Cabinet if they saw them in public…

“If you see anybody from that Cabinet in a restaurant, in a department store, at a gasoline station, you get out and you create a crowd and you push back on them, and you tell them they’re not welcome anymore, anywhere.”

Calling for violence because you don’t agree with the opposing party is totally pathetic. It’s something I’d expect to see in a third-world country, not the world’s leading economic power.

And it’s one of the many, many reasons I don’t vote.

At the end of the day, you’re forced to choose between two, self-serving candidates who will say whatever BS they have to gain/retain power.

People think they can use their vote to get “the right guy in power.” But the truth is, the new guy just turns into the last guy… because the whole system is broken.

The government spends almost every tax dollar it takes in to pay interest on its debt and on entitlements like social security and Medicare.

And the government’s own projections show the country going only deeper and deeper into debt.

So any choice leads to the same set of dire, economic consequences.

And by voting, you’re saying you accept the current system. You may have your gripes, but you ultimately believe it’s fair and it works.

The reality is, there are far better ways to actually vote.

For one, you can vote with your feet… that’s something I did a decade ago when I moved abroad.

But that’s not for everybody… some people can’t just move.

But you can also vote with your dollars. You should take all the legal steps at your disposal to reduce what you owe the government.

If you don’t like the candidates, simply stop participating in the system. Stop giving them resources to squander “for your benefit.”

Remember, the government spends YOUR money, not theirs. So if you want them to stop wasting money, stop giving them so much.

One way to do this is to move to Puerto Rico, where you can pay 4% corporate tax and zero tax on capital gains through Acts 20 and 22.

You can also take advantage of opportunity zones.

Normally, you’d pay 23.8% capital gains tax (including the Obamacare surcharge). But through opportunity zones, you can trade in overpriced stocks and real estate and invest that money in designated “opportunity zones” across the US.

I’ve got to stress, you should always follow the law when reducing taxes. Luckily, there are lots of incredible and completely legal ways to drastically reduce the taxes you pay.

So while everyone else lines up to vote in the midterms, then proudly posts a picture of their “I voted” sticker on social media…just remember, there are better ways to make your vote count.