A large fire has broken out at a rail yard in Port Coquitlam and has forced the closure of Lougheed Highway.
According to a Canadian Pacific Railway spokesperson, a train operating on the railway’s Port Coquitlam yard collided with a fuel truck near the yard’s northern entrance.
CP crews are working with Coquitlam RCMP and the Port Coquitlam Fire Department to secure the area.
“We have evacuated the immediate area in a radius of several hundred metres,” said Cpl. Michael McLaughlin from Coquitlam RCMP.
www.msn.com/en-ca/news/canada/fire-burning-at-port-coquitlam-rail-yard-forces-closure-of-lougheed-hwy/ar-AAv2Tog?li=AAggFp5 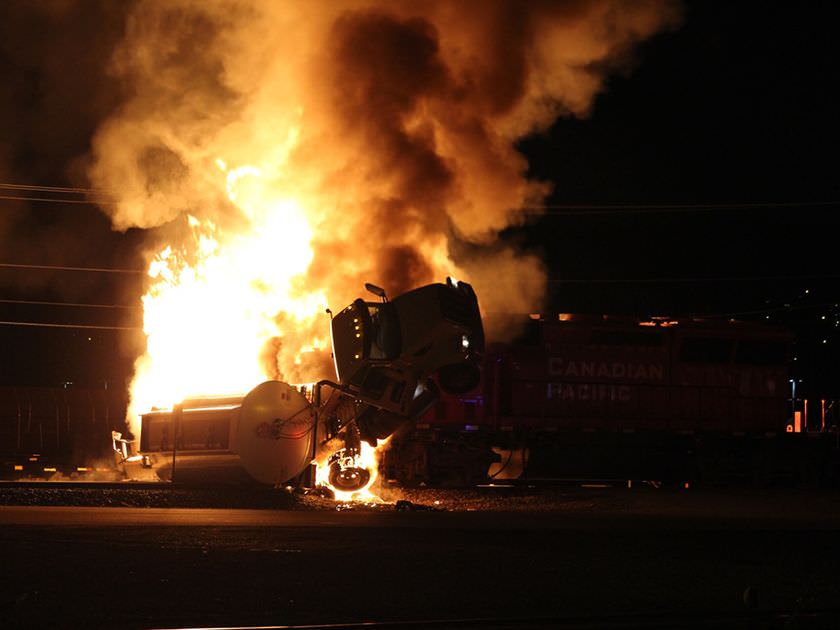